The Industrial Revolution (late 18th – mid 19th century) caused a massive change in methods of production due to new mechanical technologies and the rationalization of labour. This was the beginning of analog mediation, which is the translation of an original copy through an analog intervening agency. Writing was mediated by the invention of the typewriter in 1829, vision was mediated by the invention of daguerreotype in 1839, and the phonograph mediated music in 1877. This fundamentally reformed the logical and epistemic structures that were in place before the 19th century, as it rationalized communication. 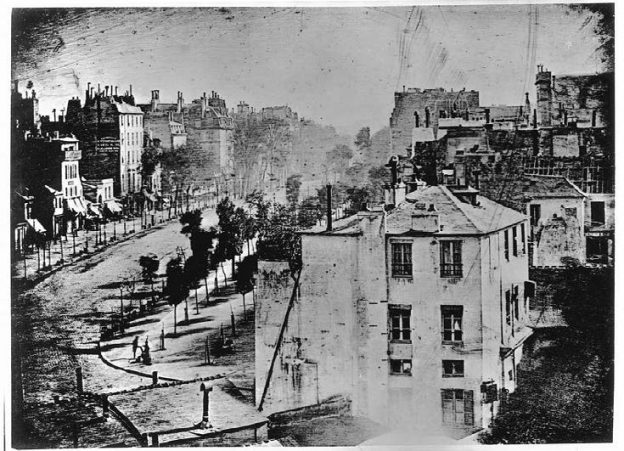 Louis Jacques Daguerre, Paris boulevard, 1839. In this early daguerreotype, the wagons, carriages, and pedestrians were not recorded because the slow exposure could only record stationary objects. On the lower left street corner, a man stopped to have his boots polished. He and the polisher were the first people ever to be photographed. 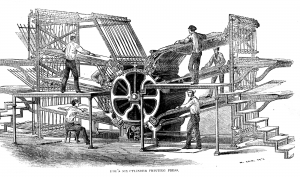 In addition to the analog mediation caused by new technology, the printing press was substantially innovated for the first time since Gutenberg invented the printing press. In 1846, Richard M. Hoe creates the rotary chromo-lithographic printing press (first conceived in 1837 as a flatbed press), which rationalizes the reproduction of coloured design, bringing down the overall cost of print manufacturing while making advertising accessible to all companies. This becomes the printing method of choice in the mid-late 19th century for anyone looking to get attention though mass visual communication. Much like other technical innovations that came before it, the invention of the chromo-lithographic press enabled artists to explore new design possibilities in their work. 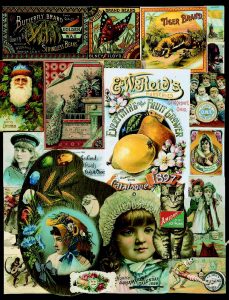 L. Prang and Company
and others, c. 1880–early 1900s.
This collection shows a range of
graphic ephemera printed by
chromolithography.

Unlike the letterpress, chromolithography enabled designers to implement original, vibrantly coloured display typefaces in their design, as they created their designs on a drawing board instead of arranging lines of type on a press bed. As such, typography and illustrated elements were integrated together more than ever before, with unique typography often overlapping images at non-horizontal angles. Chromolithography also enabled designers to print on tin cans, and for the first time ever, printed materials began appearing on commodities themselves in an exuberant and eye-catching fashion. The Lever Brothers took advantage of this innovation by being the first to package a raw commodity, in their case soap, which served to “commodify” basic human necessities and spark the beginning of consumer culture. 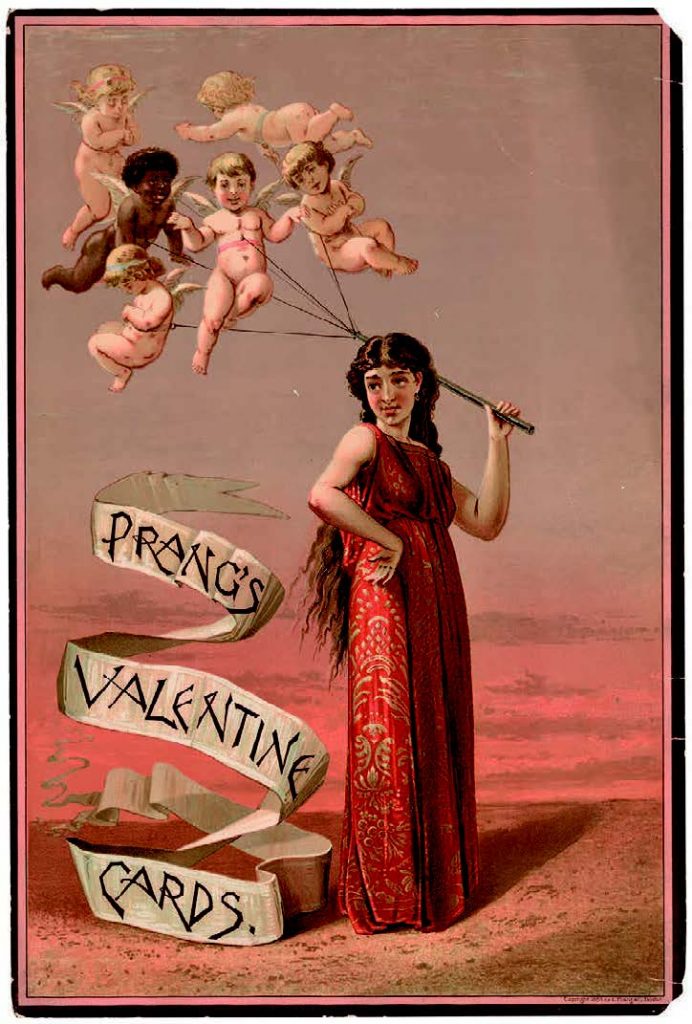 Louis Prang, Valentine card,1883. Chromolithography. This sentimental card is a good example of the
range of tone and color that could be achieved with chromolithography.