Typography is the art and science of movable type. Though to many it may seem mundane, it is a critical aspect of design used for visual and informational communication. The progression of type and its aesthetics have affected writing systems, technological and industrial advancements, as well as human culture. To understand its importance, uncovering its history and social framework are essential.

There are three notable historical periods of typography: Incunabula, Industrialization and Mass Print Culture, and Modernism. 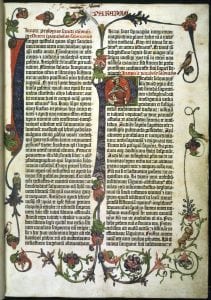 With the production of paper and the invention of letterpress printing, means of publication such as books were published in Europe before the 1500s. Johannes Gutenberg’s creation of movable type printing press in the 15th century was a phenomenon that contributed to global movements and revolutions that have impacted human culture. In this historical period, European towns such as in Italy and France practiced the early printing technique producing around nine million books altogether. Notable typefaces in this era are Textura, also known as Gothic or Blackletter, and Humanist.

Friedrich Koenig’s steam powered printing press in 1814 and Richard Hoe’s mechanization of lithography in 1846 enhanced and sped the process of advertisement and visual branding for corporations, as well as visual publications for leisure such as magazines’ like Harper Bazaar.

Along with the improvement of the printing press in the 19th century, commodified typography and designs manifested as a result of the Industrial Revolution and capitalism. The increase of productivity rapidly produced more books, thus generating more ways to communicate with people as well as profit. However, the mechanical and industrial developments eliminated individual ownership of the means and mode of production. Therefore, designers and artists found ways to express their dissent towards commodity and capitalism. Notable typefaces in this era are Transitional, Display, Slab Serif, and Sans Serif.

Political art in the beginning of the 20th century, specifically propaganda that was used during WWI had a psychological effect on people. The ideologies perpetuated by those designs created a precedence of social norms and ideas of how individuals should function in society. 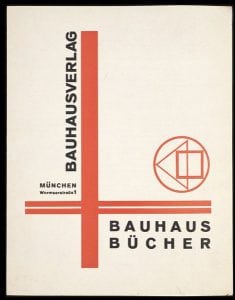 Along with that, many art and design movements occurred during this time period: Arts and Crafts movement, a critic and rejection of capitalism led by William Morris, as well as Expressionism, Cubism, Futurism, Dada, De Stijl, and Surrealism. In addition to these, the Bauhaus movement was extremely influential to all types of designers, photographers, and typographers. The German art school was established after WWI and revolutionized the way compositions were designed especially with the use of visual hierarchy and sans serif typefaces. After, Jan Tschichold’s The New Typography movement emerged in relation to the practices and beliefs of Bauhaus.

By understanding the historical and social context of typography, we learn its impact on human culture is astronomical. Without movable type and the typographic changes throughout history, the way in which the world experiences visual communication and the immediacy of it would be completely different. It is worth discovering more in depth by navigating through this blog and if by chance your inclination to learn peaks, stay tuned for Post-Modernism and the transition to the Digital Age.

*research was conducted via lectures and Phillip B. Meggs’ A History of Graphic Design  6th edition book*