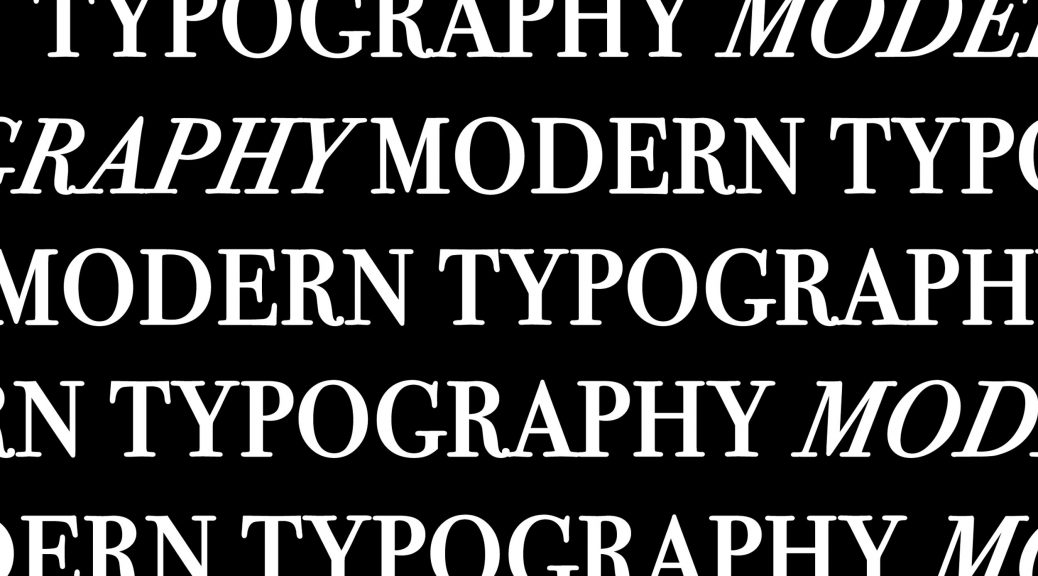 As science and math such as geometrical concepts were being studied during the time, these factors had affected the typography as well. Measurements and standardization of units became the norm among typographers, and as this concept and printing press combined, modern style typefaces emerged. Unlike previous ways of manipulation and design of the glyphs, the modern style typefaces were composed of constituent parts as they were individually articulated. Since the glyphs are designed with units and exact measurements, the serifs for the two glyphs were allowed to be the same, which can be seen in the image for alphabet C and E.

Also, the use of printing press abled them to be stamped in exact same shapes, unlike the past, where fonts were all hand-written. The use and characteristics of modern style typefaces were strongly influenced over technological, political, and aesthetic aspects of the time and over the future typographic world.

The use and characteristics of modern style typefaces strongly influenced the technological, political, and aesthetic aspects.

In our website, we will walk through the relationship and effects of modern style typography on each of the three sections, which eventually refers to and emphasizes the importance of the emergence and use of modern style typeface.

The well-known fonts of the modern typefaces are the ones designed by Pierre Didot and Giambattista Bodoni. These fonts were used in bold and large styles as the cover page of books. By doing so these modern typefaces were friendly to the people, as later on, they were often seen in high fashion magazines and books. The elaboration of these fonts and designers helped to find the best usage of the font.

As the fonts became famous, new technologies emerged as well for various productions, which have brought the creation of a new type of fonts in the future.

The purpose of our blog is to introduce modern style typeface and how its characteristics had influence on aesthetic usage, technology and politics.