Comparison between Gutenberg’s Bible and a German Manuscript 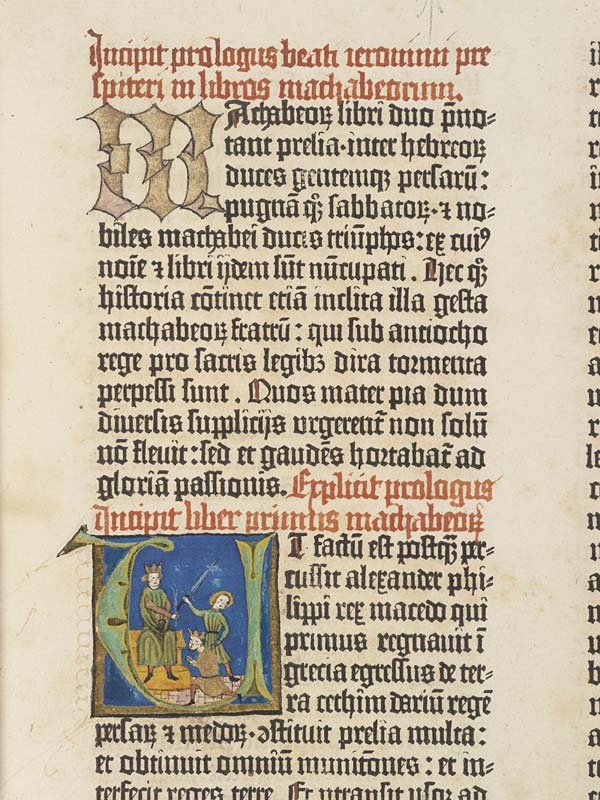 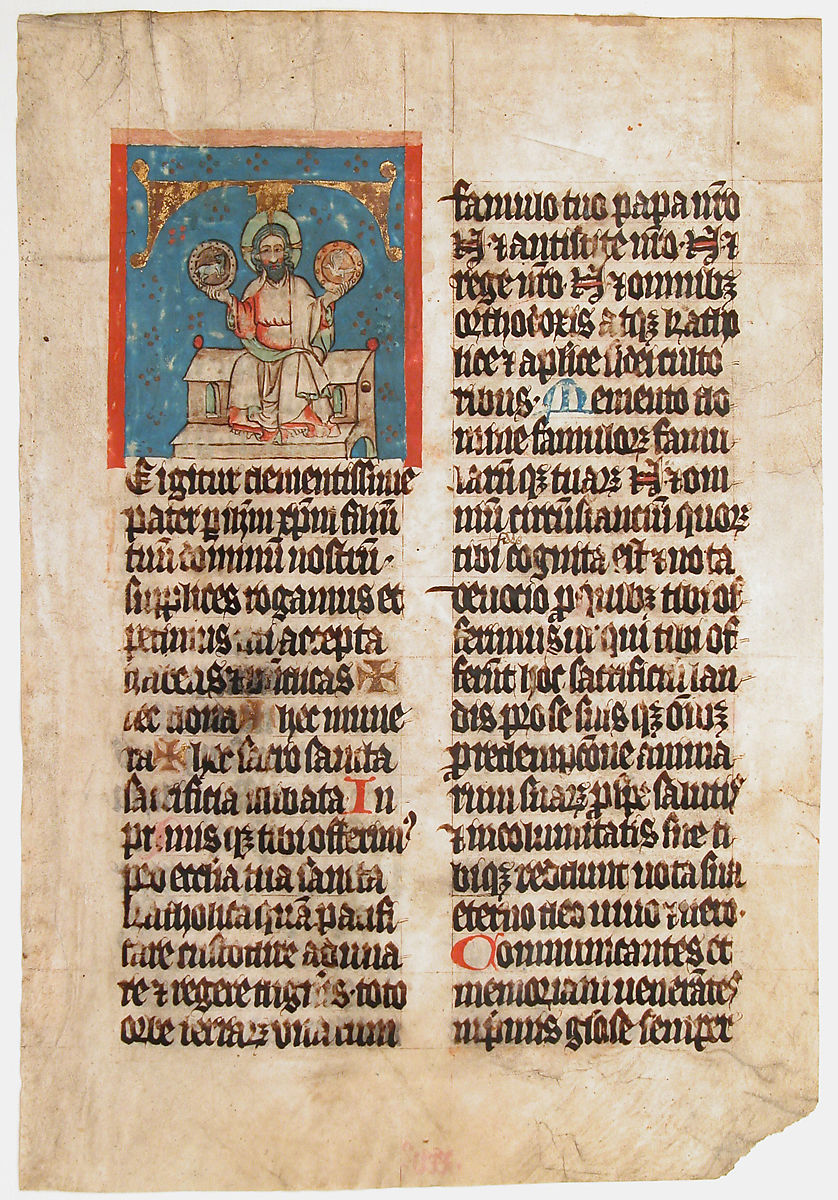 Manuscript Leaf with the Holy Trinity in an Initial T, from a Missal. c. 1390.
Metropolitan Museum of Art.

The letterforms flow into each other as it creates the same movement as woven fabric. The letter is black, bold and dramatic while being functional due to its vertical strokes. Once printed, an illuminator adds different decorative components to the page such as red headers, floral marginal decoration, etc. The Illuminator would take their knowledge of applying decorative aspects to the manuscripts and would apply it to the typographically printed page.

When examining John Baskerville’s typeface in comparison to Johann Gutenberg’s letterform there are dramatic differences. Baskerville’s letters have elegant and functional characteristics such as large spaces between each letter, making it more legible. The style of the typeface draws from the old and modern style type design. The letters are thinner and the weight contrast between thick and thin strokes are decreased. The serifs on the Textura letterforms have more length and fluidity. Within both styles you can find rigid and angular straight lines. Overall, John Baskerville’s typeface has a lighter feel and more modern than Gutenberg’s Textura letterforms. With Gutenberg’s creation of the movable type, it facilitated the development of many other typography styles in the future.