With the introduction of letterpress printing, the tedious job of manually reproducing multiple copies of the same text eased which helped standardize and speed up the printing process. Mass-produced mechanically printed materials such as posters reached a wider audience which changed the way people engaged with the print material. What was started off from moveable wood type in the Chinese typography culture, was later evolved into mechanical metal presses. 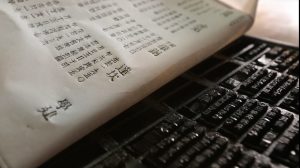 The industrial revolution brought about a massive change in the way printing was done. The technology developed and evolved from wood type to metal and iron. The steam-powered printing press got introduced by Friedrich Koenig which reduced the labor and production time, increasing the efficiency of this process. 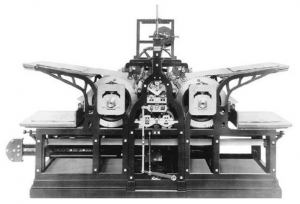 Gutenberg’s two-part type mold, which acted as a stamp with individual alphabets was a popular choice for printing for a long time. However, it required accuracy and precision to place each alphabet correctly. It was also a time-consuming practice since the process required time for the metal to cool down and solidify. Gutenberg used ink form linseed oil for the metal type after the failure of the oak gall ink which was previously used for the moveable wood type. 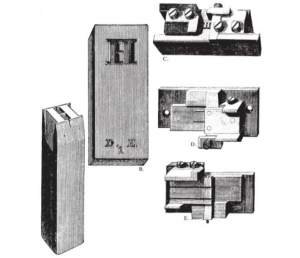 Years later, John Baskerville’s typeface named Baskerville which was produced by letterpress and Giambattista Bodoni’s printing press techniques had similarities to that of Gutenberg, just a little refined and more mechanically enabled processes. Baskerville made his own printing press and focused quite a bit of his time working on the improvement of the process of printing. He experimented with various materials to come up with the best processes. He created ink made from boiled linseed oil, black or amber resin and fine lampblack to it then aged it for months. Thanks to his desire for print perfection he also produced smooth substrate (paper) with a glossy finish for printing.

Although the letterpress printing tried to stay relevant and expanded their horizons by introducing large, coloured woodcut posters like the one by Joseph Morse of New York for the Sands, Nathan And Company Circus in 1856, the graphic design industry was thriving from new technologies that were introduced. The process was later put on hold due to the introduction of other printing techniques such as lithography, offset printing and much later, digital print culture which were all more efficient. Letterpress printing has been a great influence on how the print culture has evolved over all these years. It has improved heavily from the manual printing process which was not only tedious but also time-consuming. This form of analog mediation allowed a bigger audience to be able to reach and engage with printed material. 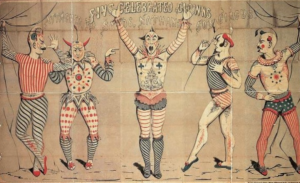