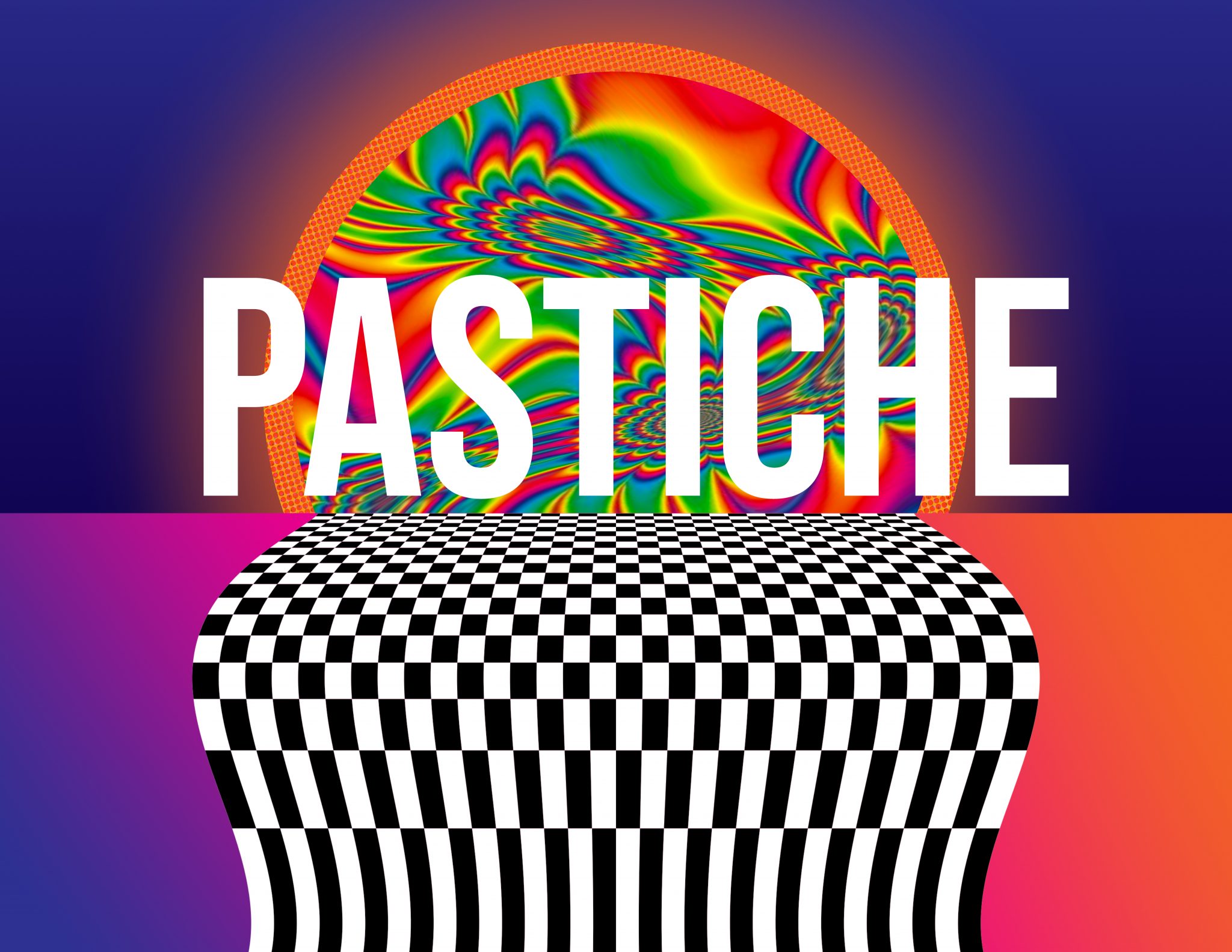 Pastiche can become quite layered in the context of aesthetics. There is a cyclic nature to the modernization of historical references in art and design. In fashion, there is a general rule of cycling trends, every 20 years. This means, in the early 2000’s the eighties had a brief revival and checkered prints, bright colors and neon were reinvented into the trendiest ready-to-wear lines (i.e. Christopher Kane). As we are approaching the end of another 20 year period (2019), we can see trends of the early 2000’s beginning to hit the mainstream trends in art and design.

In the context of typography, these cyclic patterns of pastiche are also evident. Specific anatomical traits, arrangement, juxtaposition and other visual elements of a typeface design could be influenced by historical inspirations. These modernized typefaces use the symbolic value or connotation the historical reference as a part of its expression. More than one reference can be combined to create a collective of meanings. This intended message, and cognitive reasoning behind the choices of reference used or combined is an important aspect of pastiche that makes up an aesthetic.

For instance, psychedelic aesthetics can be referenced using organic shapes, surrealist traits in color choices or motifs, vivid colors, and distortion. Each of these elements can be drawn back to their original, historical sources: Art Nouveau, surrealism, fauvism, and Primitivism. All of these influences also are an example of pastiche themselves, as they too have borrowed elements from other sources. 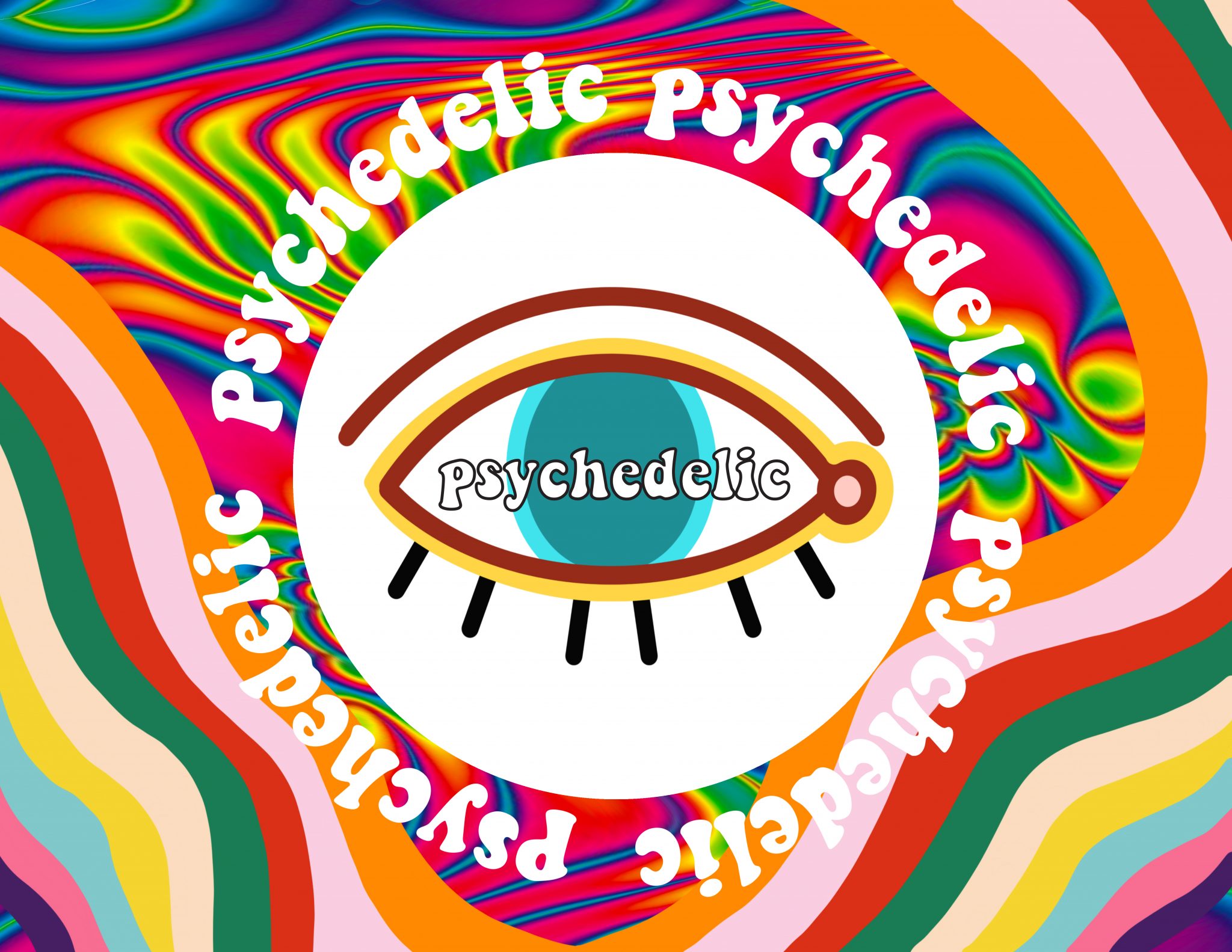 In this example above, the biomorphic lines and shapes fill up the space, similar to the framing seen in Art Nouveau. These organic shapes are reflected in the typeface itself through small bowls, heavy stroke weight, rounded out serifs and curved vertical strokes. The image uses multiple conventions commonly found in ‘Primitivism’ and Art Nouveau. The usage of raw colours in the foreground, as well as the background, are common practices in ‘Primitivism’ art. The flat treatment of space is evident in the eye, and is taken from the Art Nouveau. The typography is also given this flat treatment, as well as the line work found in Japanese wood block prints, and Art Nouveau

A modern example of pastiche is the vaporwave movement. If we refer back to the example of early 2000’s fashion trends, we can see that popular graphic design trends follow a similar pattern. Vaporwave is a trend that has its roots in music, but has taken off as a visual aesthetic in music videos, gifs, and other graphic mediums. The core make up of vaporwave are classical, roman figures, eighties motifs, Japanese glyphs and pastel color schemes. The typeface is often hyper-technical and modern or refers to typefaces that are associated with the eighties. The modern aspect of this aesthetic can be seen in the internet-based elements: electronic corporate company logos, and primary phases of digital rendering grids. 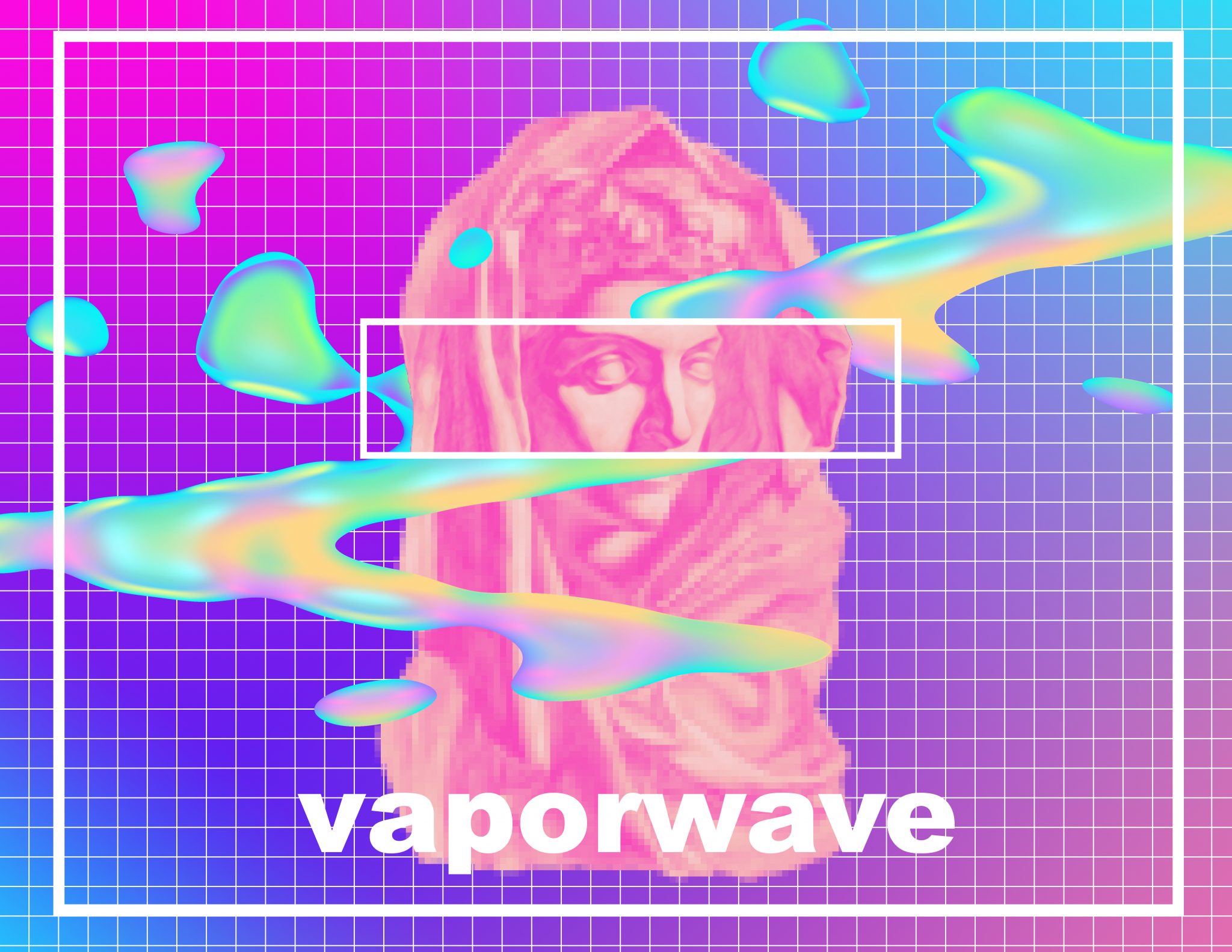 This example of the vaporwave aesthetic uses common motifs seen in this style, including a classical statue of a Greek figure (Head of David), pastel colors, and grids. Vaporwave is a post-modern aesthetic in that it integrates elements and references to other post-modern aesthetics and motifs. The grid is both a reference to the pixels used for generating computer graphics, and analog drafting pads. The fluid visual element pushes this reference further with its warped rendering showing that although biomorphic in shape, it is not intended to be a natural element, nor convey that feeling. The typography is utilitarian in appearance, but the narrow x-height creates a wide, sporty look that is both reminiscent of the eighties sports wave, and the universality of the International Style.

Pastiche has evolved a long way since the 1960’s, in that the psychedelic aesthetic had clear inspirational sources from various movements in the past. Post-modern aesthetics refer to a much higher quantity of references which they themselves have referred to sources dating further back, or sources with a shorter, more modern history. This muddles the intended expressive value of the visual elements, but also the overall meaning of the composition of these values in a work. Vaporwave aesthetics exemplify this by using a variety of visual and typographic elements with a range of length of history.