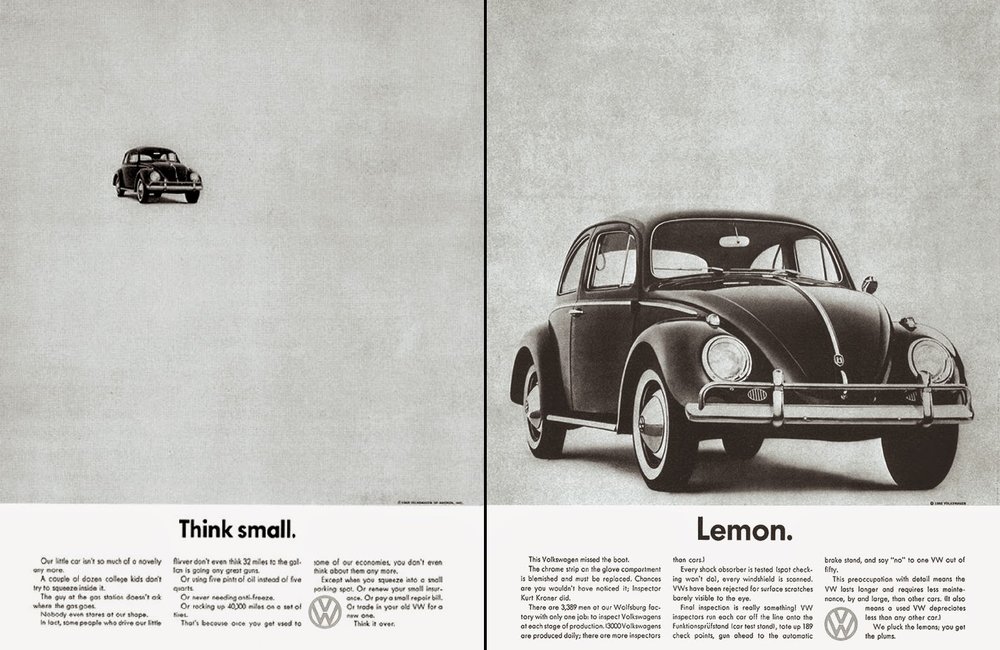 In 1960, Volkswagen put out an ad for their new car, the Lemon. In a world where every car at that time was competing on becoming bigger, “better”, and flashier, Volkswagen decided to advertise their car’s qualities of simplicity and authenticity with the slogan “Think small.” The ad was printed in black and white and used a photo of the car, making it a sort of “anti-ad” compared the colourful illustration advertisements of their competitors. The car’s differences were featured and the simplicity in lack of colour and detail suggested it was showing the unvarnished truth. It communicated the company’s message and it was “big idea” advertising as it not only advertised the product but also created brand recognition. 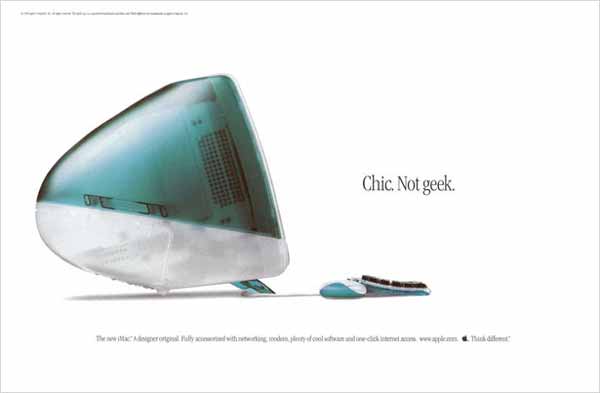 Apple used the slogan “Think different” in 1997 to advertise their apple products. While maybe not directly inspired by Volkswagen’s ad, Apple’s slogan and subsequent advertisements show clear influence of “big idea” advertising. Their unembellished, but effective message gets across their brand identity while maintaining a sense of authenticity through its directness and simplicity. Apple’s ads show their products often on a blank white background, giving it a clean, uncomplicated look and making them stand out among other advertisements which often use colour and busy backgrounds to grab attention. Their products appeared as a pop of colour on the plain background, a big difference their competition’s products which were quite dull and beige at the time.

In the same way Volkswagen was, Apple also presented a sort of “anti-ad” in postmodern design. 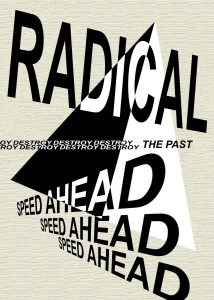 Futurists were inspired by the movement of machines and the beauty of speed. Futurism is about dynamism brought on by the inventions of faster transport, but it is also about violence and cleansing the world. The futurists saw war as hygienic and wanted to obliterate the history of the past.

I tried representing that through the words I choose and through the perspective warp of the text, showing it traveling forwards, towards the future.

I was inspired by Zang Tumb Tumb and Depero Futurista. 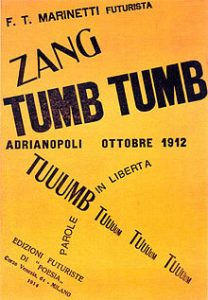 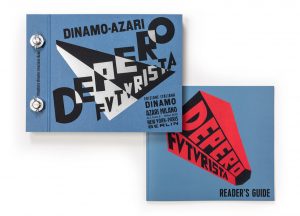 An aspect of American Art Deco was the streamlining of letters and objects. 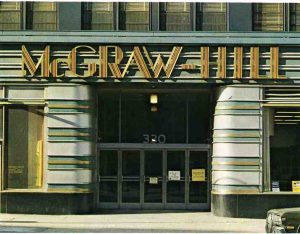 Later design uses these aspects when trying to invoke dated ideas of the future. In the 21st century, when interior designers want to make an “old-fashioned” area, they use a lot of the same techniques, such as adding “speed whiskers” and making objects that don’t need to be aerodynamic more streamlined. These techniques are used today to create nostalgia and can be considered an interesting novelty when selling an item/house/area. 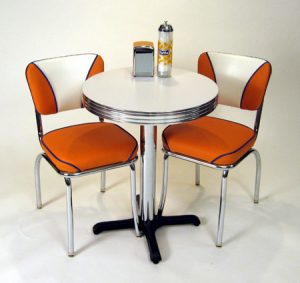 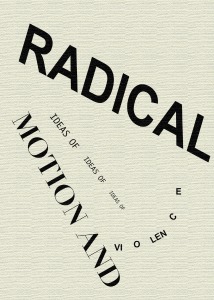 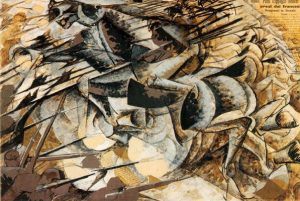 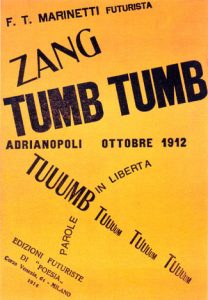