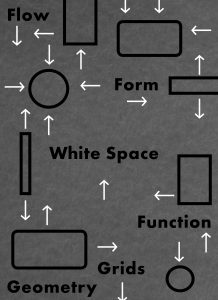 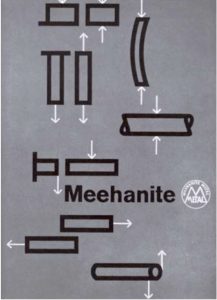 An alternative to the International style appeared in the early 1960s. While the political nature of design was rising to stand in contrast to with the International style some designers decided to focus their energy on the “burgeoning” music scene in California. This group of designers developed Expressionist visual language that neatly complemented the counterculture that was developing among young people during that decade, succeeding in forcing dramatic changes in the way many people viewed the world. Psychedelic drugs, particularly LSD, played a significant role in the formation of the counterculture. It had an effect on the user’s brain causing visual and auditory hallucinations that resulted in a dream-like “trip.” It quickly became fashionable for artists and designers to adopt a facsimile of a “psychedelic trip.” Here is a piece of music that I believe sounds of the psychedelic movement: “Someone You’d Rather be Dating” by Sports 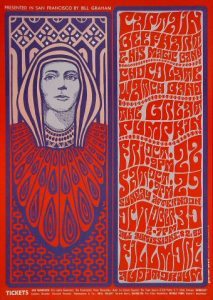 Wes Wilson poster, Captain Beefhart & his Magic Band from 1966 provides a fine example of the psychedelic movement. It contradicts its own existence with resulting text and image so illegible as to be almost unreadable. As well as the mass of red lettering zigzags back and forth across the page emulating that wave sound we heard. Making it seemingly endless and looping as if in a dream. Wilson had sacrificed legibility on the altar of expressiveness, valuing the visual punch of his overall design more than the clarity of the text. You can hear this lack of clarity in the song, where the voice of the artist lack clear pronunciation and almost blends into that background track or becomes its own harmonizing instrument. This relates back specifically to the text of the posters. A very good example of this is Victor Moscoso’s Youngbloods, 1967 poster. 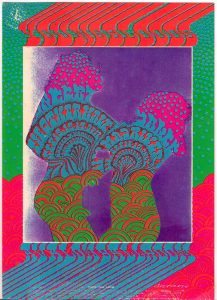 Moscoso combined the exuberant hand-drawn lettering of most other psychedelic designers with more sophisticated techniques such as photo collage and integrates the lettering into the forms of a pair of dancing “hippies.” The gyrations mimic the kinetic force of the abstract patterns that fill out the images. Similar with the song where the artists unclear and harmonizing voice makes it hard to understand but acts as added element or instrument. Along with the visually thick strokes of the letters and the way they are stretched in anyway possible depicts the long and bubbly waves in the song to create a visual contrast of bold expressionism-like wonder.

The first paintings of the cubist style are visible in works by Pablo Picasso and Braque made in 1907. After critics who saw their shows, disparaged the forms in the paintings as merely “little cubes,” the two painters worked together to expand the Cubism style for future growth. From there, other forms of the style emerged, such as Analytic Cubism, Orphic Cubism and Synthetic Cubism (1913-1920).

Guillaume Apollinaire (1880-1918) was a poet born in Poland and a friend of many Cubist artists. He created experimental poetry that communicated a variety of feelings and experiences in a fragmented structure similar to that of the Synthetic Cubism style (1913-1920). “Il Pleut” (“It’s Raining”), is one example of his work from a publication he composed titled “Calligrammes: Poèmes de la paix et de la guerre (1913-1916).” The term “Calligramme” relates to a word in Greek for “Beautiful writing.” Most of his Calligrammes are a form of concrete poetry, practiced immensely around the world today. It is a type of poem in which the visual structure of the words and the typography are designed to complement the meaning of the text. All aspects including the letters, graphic shapes, rhythm and flow all work together to add visual dimension to the poem. This form of poetry, although not properly named until mid-20th century, has developed all the way through to the present taking on different mediums and approaches. One particular piece is that of my own entitled “Solar Pendulum” heavily influenced by pieces such as “Il Pleut.”

“Il Pleut,” is a black and white print of a concrete poem written by Apollinaire while seriously injured fighting in WWI on his return to Paris. “Solar Pendulum” is a concrete poem I wrote while watching the rise and fall of the sun throughout one of the shortest days of the year back in January 2017. Leading by example, we both wrote from experience, whether that’s before, during or after the event takes place.  “Il Pleut” contains that of falling lines appeared to represent rain on a window pane. My piece is shaped like a circle with the different lengths of the lines to resemble a sun. Both pieces present verbal images captured or reinforced by the words and phrases shaping them, a clear definition of a concrete poem. More specifically, incorporating the real world into the world of art, representation and reality – What is or isn’t real. One key factor influenced by “Il Pleut” is the way in which the lines act as an independent structure that has its own innate beauty separate from its symbolic character.

“Synthetic Cubism created a second alternative for artists and designers looking for a structured abstract language with which they could experiment.” (Eskilson, 144)

To further explain, you could start from any line and end with any line or leave it to stand on its own. I had incorporated this into my piece as you may start from any line and continue reading in any direction. The pieces are initially seen as a whole, without looking at the more detailed components of the composition. Much like other works in the style of Synthetic cubism. Using the assemblage of letters and phrases to create these collage compositions out of the words found within the state of our minds and voices. The finished works appear simpler to that of the earlier paintings of Cubism by relying on text alone, in more commonly black and white, to show the narrative more clearly. The idea of synthesizing means to put together, while analyzing is to break it down and understand. I find it works both ways; As in the poems are already broken down into their fragmented components by creating verbal images, and the viewer must put these components together to create the narrative on their own.

Broken up lines on a page, aligned in a new way, like cubism, to create a composition playing with words in a visual way. “Solar Pendulum” and majority of concrete poems in the present are clearly influenced by that of the synthetic cubism style, more specifically by the work of Guillaume Apollinaire in his exploration to debate representation of reality.