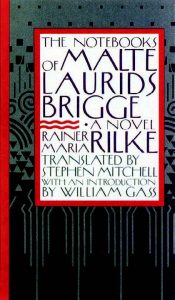 Daniel Pelavin’s book cover for The Notebooks of Malte Laurids Brigge was inspired by the designs of the Vienna Secession. The book is an autobiographical novel by Rainer Maria Rilke, first published in 1910 (Holthusen 2018). This contemporary design for the cover was likely chosen to reflect the period the novel was published, as well as the Austrian-Hungarian nationality of the author, which correspond to the Vienna Secession. The distinct lettering, flat colours, and geometric graphic elements are all characteristics taken from this context.

Another example in this style is Koloman Moser’s spread for Rilke’s poem in 1901(Meggs & Purvis 236), which influenced the colours and layout of the contemporary cover. Similarities include a white rectangle that holds the text and a black background that acts as an asymmetrical frame around it. Moser’s red and white geometric forms (squares and triangles) are used as decorative elements that Pelavin also used in the background of his book cover but in grey. 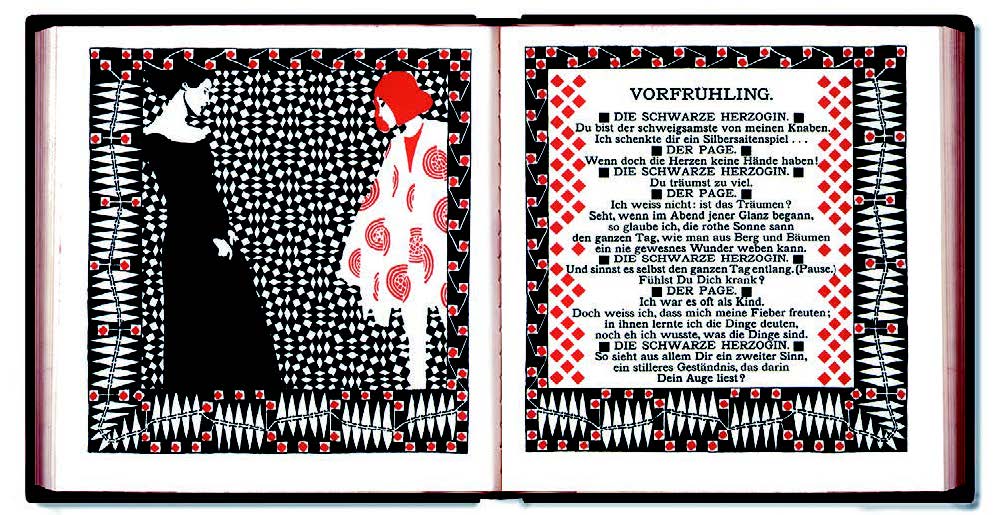 The typography on the book cover directly references Gustav Klimt’s lettering used in the poster for the first Vienna Secession exhibition (Meggs & Purvis 476). The similarities of the calligraphic sans-serif letterforms are apparent in both works, notably in the angled S letters. Stylistically, there is variation in the sizing of words and the text is nearly justified. The tight leading between lines of text and the rectangular border tightly constraining the letterforms on the book cover can also be seen in the Vienna Secession exhibition poster (Meggs & Purvis 476). 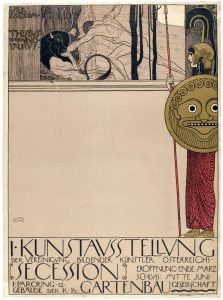