Both students and professors can agree to some degree that the Art History curriculum tends to be rather Eurocentric. Even though attempts are made to include examples from all around the world, there is still a heavy imbalance of European-focused content. There’s also simply not enough time in one semester to cover historical content from every culture. And so, these factors contribute to generate an overall lack of diverse representation from non-European/American cultures.

An ethnic background group that is scarcely represented in the textbook is Middle Eastern, more specifically, Iranian graphic designers. A great example of an Iranian designer who is certainly worth covering in this textbook is Reza Abedini, born in 1967 in Tehran, the capital of Iran.

Reza Abedini was raised in Iran and graduated from the School of Fine Arts with a major in Graphic Design; he continued his studies in the Tehran University of Art, majoring in painting and earning a Bachelor of Arts degree in 1992. Shortly after completing his studies, he founded the Reza Abedini Studios as he began to work professionally as a graphic designer, eventually building his reputation as one of the most well-known Iranian graphic designers. In his professional practice, Abedini is also a respected art critic and professor of typography and printmaking at the University of Tehran and the University of Beirut.

Abedini has a defined and consistent style that make his works immediately identifiable as his own. Abedini combines his fine art background with his graphic design practice while incorporating elements of his culture into his work, resulting in a style that is entirely unique to him.  He is often commissioned for commercial purposes, creating posters for various events, and book and magazine covers. In such designs, he typically uses a minimal colour palette to create flat organic shapes that make silhouettes of the figures in his images. The use of flat colours from printmaking, combined with the creative application of text, create visually interesting compositions.

The text in his designs is not merely informational, but rather is an essential part of the composition. Abedini uses a combination of Farsi and English typefaces, using both traditional calligraphy and modern typography to suit the design and to be fully incorporated into the image. Abedini uses classical texts and poetry to further enhance the meaning and purpose of the text included in his work.

Abedini is a highly respected graphic designer, artist and professor who has won numerous awards as recognition of his design vision. He should be included in the textbook as a representative of both Iranian culture and Middle Eastern graphic design. His work honours the beauty of Iranian language, poetry and calligraphy. It is important for people studying graphic design history to be aware of such cultures and ethnicities, not only for awareness and knowledge, but also for appreciation and potential inspiration for their own design practice. I believe it is valuable to study designs from all cultures as diversity is ultimately what pushes the field of graphic design to evolve and improve over time. 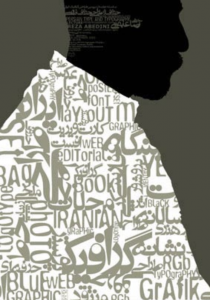 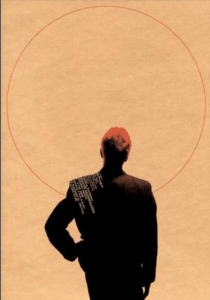 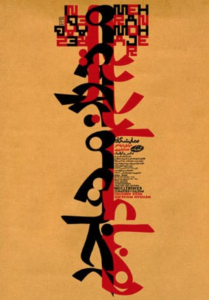 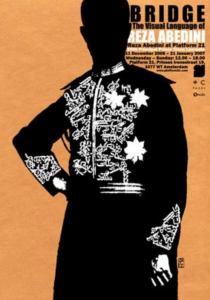 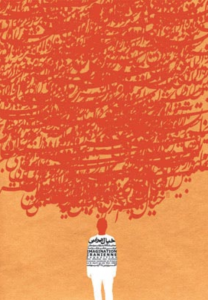 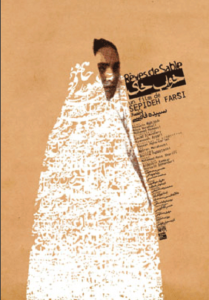