Visual Effects is the “process by which digital imagery is created to manipulate or enhance real world footage” (McDonald, Andrew). It is used in a films production to create realistic environments, props, or characters that would deem impossible or far to expensive to generate in real life. The VFX industry consists of many key Art Departments which all work cohesively under what is known as the VFX pipeline. In addition, and besides the importance of different departments their are many standard programs such as Mari.

Foundry Mari is a 3d texturing software that allows for high resolution digital 3d painting. It features 3d projection painting without limits allowing for hundreds of texture maps along a single UDIM, supporting maximum 32Kx32K pixels. This piece of software could be compared to techniques that the textbook artist were using such as airbrushing.

A film goes through many diverse phases before it’s ready for global distribution. There are many different roles and artists withing the entire process.

VFX and CGi is an active representation of modern day graphic design. The textbook does not portray this type of design which almost everyone know’s and consume daily. Technology has allowed us to create freely without limitation and CGI has grown over the last decade. It would be important for the book to highlight the historical significance of CGI and VFX throughout its timeline and mention the key struggles and techniques used in previous productions. 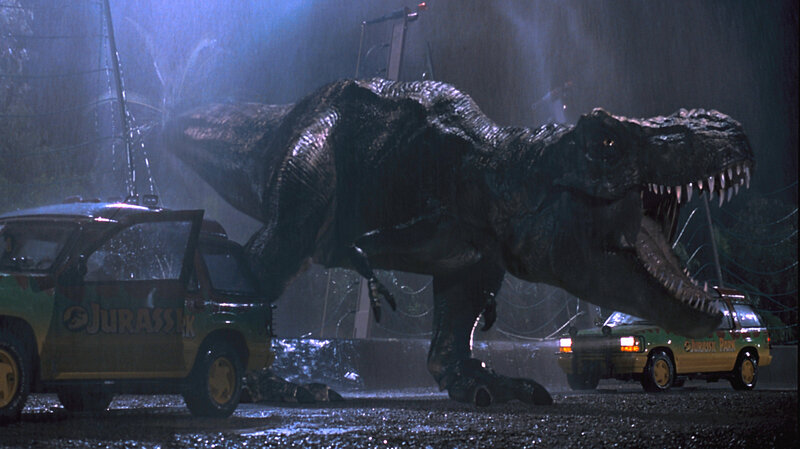 Modern CGI has come a long way since movies like “Jurassic Park (1993)” that used a variety of techniques to mimic fictional characters. The movie featured the use of animatronics, special effects and computer generated imagery

CGI represents a new level of realism that requires a sophisticated level of graphic design. It has given birth too many different franchisees and created countless fictional characters such as the predator or the dinosaurs from Jurassic park. Poster art and wood-type fonts are irrelevant to modern day interests. Today people want to see explosions, monsters and complicated story lines.

CGI is current day graphic design and would create a more relevant portrayal of what the term means in today’s society. The book should cover the history of VFX, the key departments, production history, and various artists that are icons within the industry. It should showcase their process and techniques so that people understand what it takes to create big picture productions that everyone enjoys.

Microsoft’s gaming console the “ Xbox” has a very interesting logo design that has adapted over the years. Xbox was first pitched in 1998 by Microsoft console team, Kevin Bachus, Seamus Blackley, Otto Berkes, and Ted Hase. It was originally pitched as the DirextXBox and ran Windows 2000 containing similar parts and pieces as a PC. The first Xbox launched in 2001 and since that time the original logo has gone through a journey of its own. In this post I would like to discuss the key elements that make this logo intriguing.

The 2001 Xbox logo was very simple in its core design. It featured a cross much like a flat head screw with a yellow green lime gradient mimicking 3d surfaces. There was also a hint of shades and  shadows near the edges/ points which helped define the shapes. Personally I find this design very hard to read as the text and graphic tend to clash with one another. The placement of the graphic “X” makes the logo seem as “XXBOX”. This is a problem because the logo misleads the product.(Xbox 2005, Microsoft) Original Xbox logo, can be misinterpreted as XXBOX

The current logo however solves these issues as Microsoft put the “X” on top of a sphere differentiating it from the text. This is an excellent design decision because it creates closure and continuity between the “X” and the sphere. It creates a good figure and allows us to perceive the “X” as a separate object next to the text. The original design tends  to merge with the text and you are unable to properly distinguish between the two. This design principle has allowed for proximity and a much better reading of the graphic. Obviously it’s a successful design as it has remained the same since 2005 and present.

Other key features of the logo include the  text which uses a custom sans serif typeface font called “X360 ”. The letters use sharp angles as well as an extended bar on the “B.” Majority of the logo  uses the colour green and throughout its evolution the green has gotten darker which can be seen in the image above. The sphere also has a gradient over it which gives the “X” a 3D effect.

The Xbox logo is a successful representation of the use of design principles and is effective in compelling towards gamer’s and enthusiasts.

David. “From Xbox to 360 to 0ne: Our Look At The Evolution Of The Xbox Over The Years” technorms,