Starcraft II – The Ideas and Evolution Behind the Graphics 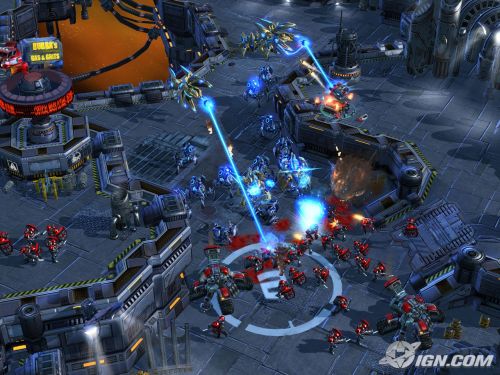 In this short text I would like to explain where the ideas came from to create the different graphic aspects of the game. This would include the terrain, species and overall feel and look of the artwork intended for the Starcraft II. Starcraft’s influences range from many different sources, but it is clear that there is a distinguished evolutionary process that finally built up the game to what it now has become. It is important to understand that Blizzard Entertainment (the production company behind the scenes) had created similar games prior- Warcraft I & II and Starcraft I- that seem to be the core influences from which they drew their main ideas.

Warcraft I, released 1994, and Warcraft II (Pictured below), released a year later, were both huge successes to the RTS (real-time strategy) gaming industry. This led to a fierce competition between production companies to continue to out-due each other and themselves. Other games released during this time included “Command and Conquer” (1995) and “Dune” (1992).  To compete in the market Blizzard Entertainment produced a beta for the game Starcraft, but received criticism that it bore too much resemblance to the already existing Warcraft series. After more development, three distinct species for the game were created (Terran, Protoss and Zerg) and the game was finally released in 1998. 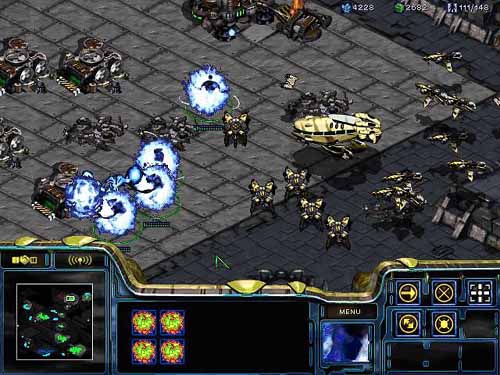 (Up: Warcraft II)   (Left: Starcraft)   The sci-fi culture during the 80’s and 90’s most likely had an effect on the certain artistic choices made within Starcraft I in its development. Such science fiction media include the movies “Alien” (1979) and  “Starship Troopers” (1997),  the novel “Enders Game” (1985) and even a board game called “Warhammer 40K” (1997). The particular theme around the Starcraft game lays deeply in a science fiction world, filled with advanced technologies, unheard of species and other worlds.  Starcraft II, which was released in 2010, while following close in its brother’s footsteps, had a whole new array of science fiction culture to draw from during the last decade. 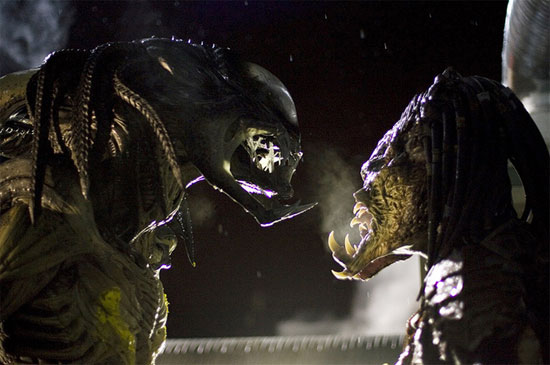 (Screen Shot from Aliens vs Predator) 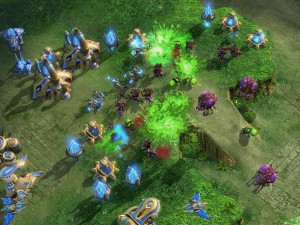 The Starcraft plot is based in a fictional sector of outer space called Koprulu sector 200. The world is earth-like, bearing resemblance to our lush green wide-open spaces, rocky cliff formations, arid landscapes, plant life and even molten lava. The generated maps also include intelligent design such as inlaid tile roads and what is made to appear as “historical” alien architecture. The added feature that allows users to customize the terrain leaves the possibilities of influences infinite. 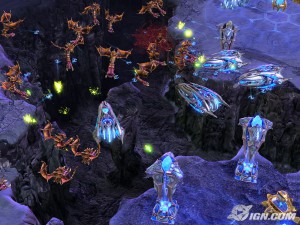 Parts of the game that cannot be changed by the user are the specific look of each species and the look of their structures.  The Zerg, and insect-like species, may have been created for the need of an “evil” character. Its not new that buggish aliens have been considered the enemy (Ex: Enders Game, Aliens). The structures of this specie are natural and grotesque. The Protoss are a highly developed species that bear resemblance to typical alien representations. Their structures are rounded and have complex technological qualities. The influences for their appearance may have come from many different sources. The Terran, a humanoid bi-creation, have geometric, military themed architecture with a futuristic punch. The ideas for the Terran graphics are typicallyfrom many sci-fi movies and artwork. 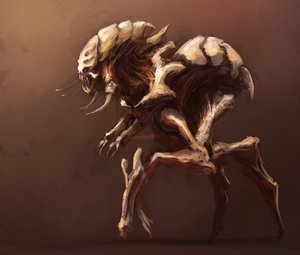 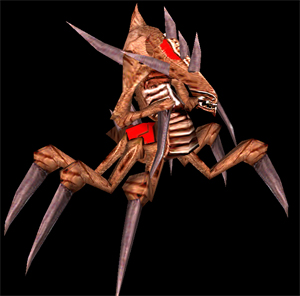 (Conept on top: Bugger from “enders Game”. Concept below: Zerg from Starcraft)

Overall the graphics of the game are mostly centered from a space-like science fiction meme. The originality of such is questionable, but none-the-less creative.  We can only expect that if there were to be a part III that even more originality will be harnessed.