My essay will revolve around the history of the Resident Evil franchise and its impact on the entertainment industry. The games blended elements of exploration, puzzle solving, combat, horror (both psychological and jump scares), and a semi-linear narrative to create a new genre called ‘survival horror’. I believe it is essential to talk about the grandfather of the genre as it influenced and innovated so many games of its time, as well as contemporary ones. Resident Evil is also one of the only games in history that did not just stick to one formula throughout the years, but it evolved, and adapted to keep itself fresh from being stale to draw new audiences.

My research will stem from these 3 academic papers listed below:

Hands on Horror. By Tanya Krzywinska

In her work she talks about analyzing how each game has an unique way of scaring the player and whether it requires the effort of the player or the game to do it successfully. She draws examples from various games I have played and each one in many ways hold elements of the first Resident Evil games. The prime example is Silent Hill which drew its whole identity from Resident Evil. Since most of her examples are somewhat dated I will use more contemporary examples as well as the older ones in retrospect of hers.

This essay delves deep of the specifics of a videogame and whether it successfully accomplishes it goal of immersing the player. In this case I can draw many of his examples to the Resident Evil games. Does it invoke dread? Or chills down your spine? What motivates the player to keep going when they know whatever is coming around the corner can potentially scare the pants of them. These are questions raised that I will answer when talking about this series.

This is another essay that talks about camera angles. Resident Evil is notorious for having fixed camera angles that can be seen as a double-edged sword by players and critics. Does the inability to see around corners scare you? Or frustrates you if you get bitten by a zombie?

I will structure my essay by breaking down each the series into four components.

First I will talk about what mediums Resident Evil existed on such as Books, Movies, TV-series/ anime, and most importantly Videogames. This will quite necessary and vital to the essay, as it will show how popular the franchise has become a household name from its inception as a niche/ cult videogame. This will lead into my discussion of how the three mediums intertwines with each other to create an overarching narrative that drives the series sustainability.

The first of many live action Resident Evil movies

I will then delve into the structure of what is actually Survival horror, and the ethos behind it. What did Resident Evil do exactly the made itself so unique to play and garnered the press it did. This will lead up to my points below.

I will then talk about the changes in the game play formula throughout different iterations of the game. Resident Evil holds a huge palette of game play ranging from its early days of fixed camera angles, side scroller, puzzle elements, fighting games, first person shooter, rail shooter, hybrids of two or more, and even an unofficial Resident Evil MMO. This section will cover all these types of game play styles and I will explain why it changed throughout time.

This part will be a lead up from the section above outling the game play changes, but I will go in depth of how and why contemporary Resident Evil is so different from it’s earlier iterations. For this point I will use points I have covered earlier and statistics of best selling games this generation and correlate that to Resident Evil, as well as shifts in Capcom’s new business model.

A screenshot from the first Resident Evil game Last but not least the story, characters, and music/sound of the games, there are many to choose from so I will only touch on the ones form the main storyline, and some that I believed made a huge impact one way or another. The story and music will be intertwined as it always was one of Resident Evil’s high points to scare players or build a sense of suspense that keeps you on edge at all times. 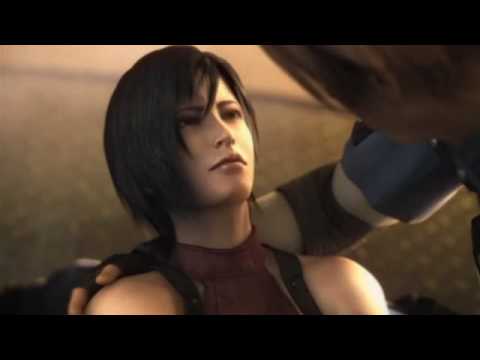 Resident Evil has a rich history of characters

In my conclusion I will draw the most important facts out of each section and correlate each point to each other to summarize my thesis. ‘The history of Resident Evil before, and after’. With these points I will also attempt to correlate these conclusions to speculate the future of this iconic series and the direction it might be headed.

Despite having academic research to structure the core components of the essay I will draw my very own conclusions from the sole basis of how much I have admired and adored the series since its inception. It was a series I grew up with, and each game in the series I have experienced over and over again throughout each generation. I experienced every single possible one through many types of mediums, whether it was through the TV, the silver screen, or pages in a book. I saw how the series evolved and what it has become, and I writing about how it made its mark would be a way to show impact of the series.