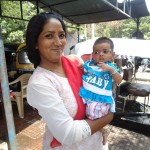 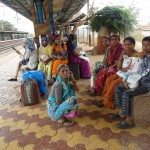 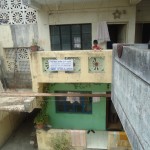 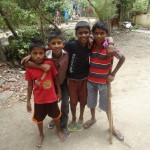 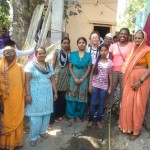 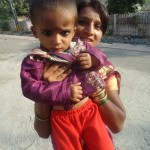 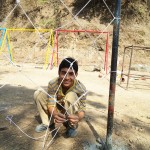 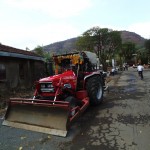 India. No words can begin to truly describe the whole spectrum of experience on this trip, so you are ought to travel there and discover it for yourself. A country with rich cultural traditions, historical monuments, warm and friendly people, strong community presence, flaws and contradictions, India has touched my heart; but it had also left me with many questions. What creates this strong community bond? Will it change as the country’s infrastructure changes and becomes more modernized? How can it be cultivated in other parts of the world, including here in Toronto? I think the influence is rooted in childhood and is spread laterally from kids interacting with other people in their environment, but also with the built environment; and most importantly, it is instilled through the parents and the primary caregivers.  Thus, change must come from multiple aspects, which all combine into a network that becomes a force and a driver of progress. India has the potential to have it all.

Over the course of this trip, I was impressed with the warm energy exuding from people anywhere we went, especially children. In comparison, the same is not true for Russia, where people live as humbly, but behave rudely and pessimistically. From the slums to posh neighbourhoods, I’ve felt that people are generally happy. Simple living creates opportunities for meaningful goals and genuine relationships that are not centered around status objects. However, the media is not as conservative. Western tactics are densely present in the media, conditioning people’s thinking and value systems. As well, society is partially transitioning into the modern realm of empowerment, equality and agency for women, while others are still practicing arranged marriages and child marriages, hence the contradiction.

My Indian friend told me that the driving in India is the way the entire country functions. It’s chaotic, there are no rules or rather the rules that do exist are loosely followed. It’s “whoever can get wherever”. India may be lacking proper policies, political stability, safety and good infrastructure, yet people are very entrepreneurial. Wherever some may see lack, they see it as opportunity and seize it. Entire industries are based on that in Dharavi. If the infrastructure for garbage and recycling is not set up, at least people engage in collecting it themselves with an incentive for profit.

Also, I’ve been inspired by the work of local organizations that we have visited, that are created “by the people for the people” so to speak, and make a real difference in their communities. It was invaluable working with Mr. Ali and the boys from KESBO. These boys are bright, self-sufficient, inventive, and they know their priorities. Work done by Sadhana is also commendable and so important. I am proud of the Identity project that Sadhana group has accomplished. It engaged the community while conceiving an original concept with tangible results with logo printing, which has so much potential. For our side, working with KESBO was truly co-designing. I enjoyed engaging with them, and I want to carry co-designing aspect into my practice. It not only captures the needs and perspectives of the users to create a better solution, but also gives them a sense of ownership and responsibility, and allows more growth for the designer. A good design considers the whole system, which it will be a part of, and people make that system.