Day 8 started bright and early for some, or hours later for others, as we were split into two groups­­—the group who got cooking lessons in Cocal, and the group that stayed to get a head start on the brainstorming process, or admittedly, to catch up on some much needed sleep. While the cooking group was wrapping up all the hard work, the second group had just started their departure from the hostel en route to Cocal for lunch. The travel to Cocal was longer than usual due to low tides, but nonetheless we made it to the dock where we witnessed (to some degree) what the holding site looked and smelled like full, and on a pick up day. The walk to Eneyda’s was accompanied by small amounts of rain, but it was nothing to which we weren’t already accustomed. 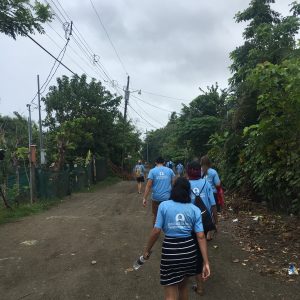 Once we reached Eneyda’s, we were greeted by the rest of our group, and by the sight and smell of food, sitting down to eat and converse amongst ourselves, or to Eneyda’s granddaughter Rachel (pronounced Raa-chel) who provided us with humor, cuteness, and makeshift Spanish lessons. 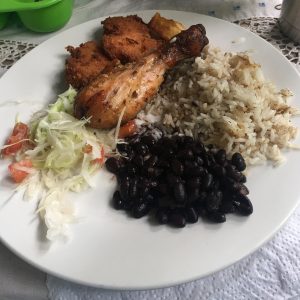 The delicious meal (Thanks again guys!) ended and so we headed back to the hostel for a little free time and relaxation until we met up in groups again to loosely finalize our ideations, which bleed into and after our dinner of burritos, the day ending with our finishing touches of a pitch to leaders of the community amongst sounds of rainfall. 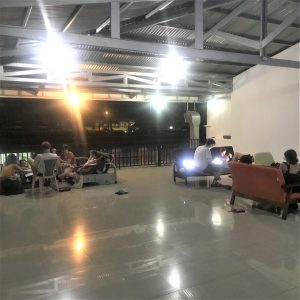