With an early start to the day, the Waste Infrastructure and Pilot Model groups headed over to Aneida’s house in El Cocal for a cooking class. On the menu today was Costa Rican Empanadas, frijoles, rice, and a salad. Our tasks varied, from cutting up tomatoes, onions, and making the dough. Aneida was expecting a propane tank early in earlier the morning to power her oven top stove but, unfortunately it had not come on time. So instead, her son prepared a fire in there outdoor grill to cook the rice. The choice of fuel source was a bag full of trash and some tempered wood cutoffs. Throughout this trip, there have been many eye opening experiences, especially in this case where we witnessed the many different ways in which trash is repurposed and disposed. Although it was unfortunate to see this, the experience reinforced the importance that education about waste management will play a crucial role in our project. 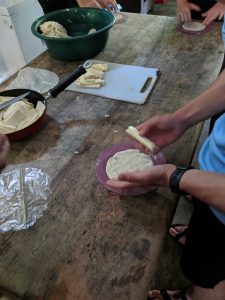 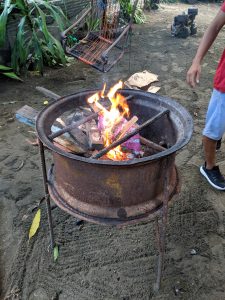 After the delicious meal that we helped cook, we moved on to our next job: community interviews. After brainstorming over the past couple of days, the Waste Infrastructure and Pilot Model groups collaborated to generate three potential waste management systems. Since there can only be one system, we turned to community elders Aneida and Don Giovanni for some feedback on which concepts they thought would be most effectively operate in the community. So far, the project has allowed me to extend my appreciation for the power of interviews. The instant feedback we received through conversation got rid of our doubt and speculation, leaving us with new ideas and a clearer path towards our next step. 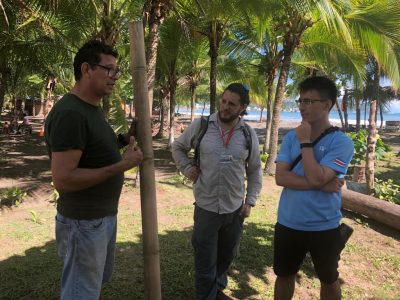 To finish off the long day, the class participated in a dance class hosted at the Hostel. During the lesson we ran through Salsa, Bachata, and Cumbia choreography. Prior to the lesson I felt pretty confident that I would be able to pick up on the dance moves pretty easily. But, I was soon to find out I was wrong. I kept blaming my inability to follow the steps on my footwear choice but, I think it was clear that was not the reason. Regardless, the activity was a nice way to unwind, get a little exercise in, and learn something new. 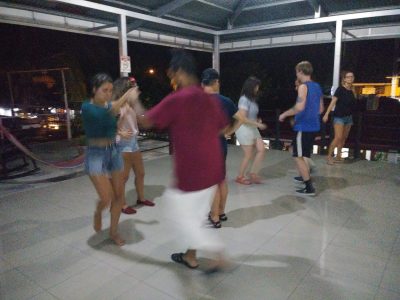