Today the OCADU x GVI crew took our first trip to El Cocal, the community we will be working with for the next three weeks. Once again, the day is crazy hot and muggy as we head off on foot to the boat terminal which will take us across to El Cocal. El Cocal is situated to the north-west of downtown Quepos on a peninsula just off the coast. Though actually connected by land, it is often referred to as an island for its difficulty accessing on ground. The trip across takes just a couple minutes and with 4-5 boats in constant circulation, the wait time is almost nothing. The cost for the trip is 150 colones, or about 30 cents Canadian. Although the distance is quite minimal, I was surprised by how easy and cheap the crossing is. Hearing about the slow increase in tourism to El Cocal, I have to imagine that sometime in the future the drivers may capitalize and start to charge more for visitors. From the boat landing, we walked straight down the main – and only – drag of El Cocal. Immediately, we pass by the schoolhouse just as a group of kids are being released. After a short four-hour school day, the children rush home eagerly, serving up smiles and the odd greeting as they pass. 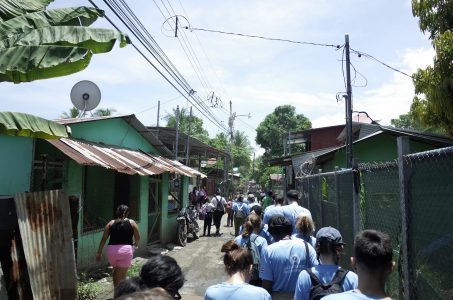 The scenery is pretty much what I expected; a dirt road laden with muddy potholes, the homes are bare bones and some are more run down than others. Overall, it’s a quaint and welcoming setting. The presence of garbage is evident but not overwhelming from the curbside view. Eventually we reach a clearing in the homes and the beachfront emerges, but we continue on down the road to satisfy our rumbling tummies. Lunch is provided by long-time resident and GVI collaborator Eneyda, and it hits the spot as home cooking always does. Eneyda goes on a long-winded account of her traveling to and living in El Cocal, of which I’m confident some heavy-hearted details are lost in translation. I’m amazed to hear about her journey from Nicaragua to El Cocal where she raised twelve children, some of which already have grand children of their own. After lunch we head to the community center located directly in front of the beach clearing. We have a quick huddle about the story behind the center, and half-way through a doggie enters the circle and tries to distract me with cuteness. 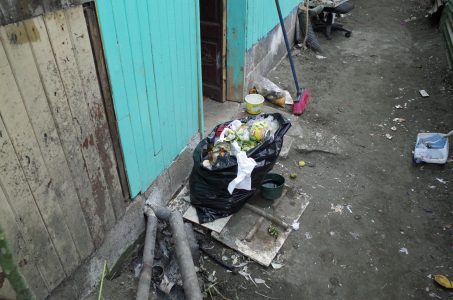 We walk to the beach and are met with a glorious stretch of sea and sand, hardly contested by any I’ve ever seen. The warm water drifts lazily up the beach in long, drawn-out intervals and we wet our feet. I’m surprised to see the beach is almost deserted, save for a few locals kicking around a soccer ball. A few of our own soccer enthusiasts join in for quick game of pick up. Near the water the beach is almost immaculate, but further inland the garbage becomes visible once again. 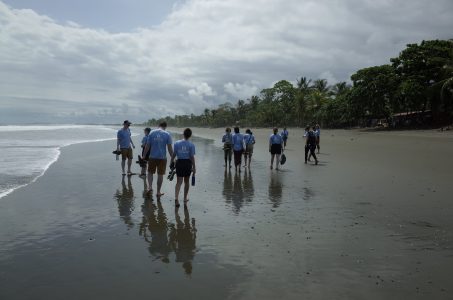 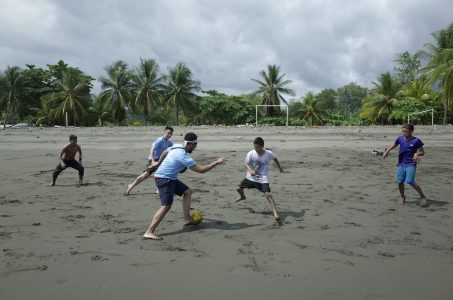 We venture back to the road and across behind the houses opposite. Here is where the mangrove forest begins and the backyards here are more depicting of the waste crisis. Large piles of yard waste mixed with discarded packaging line the border between the properties and the edge of the mangrove, which will likely remain inanimate for quite some time. We trek back to the boat landing to head home amidst a sudden burst of downpour. 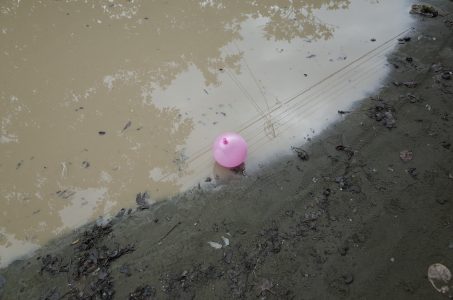 After all, El Cocal is quite similar in person as I imagined from the descriptions prior, but a few things did come as a surprise. It actually is quite smaller than I pictured, only having one road all the way down, though I imagined a few side-shooting streets. I also expected a few more tourists, although I suppose we are slightly beyond peak season. To be perfectly honest, I thought the garbage problem was going to be worse. Yes it is there and yes it is noticeable, and I’m probably being naive, but I didn’t really notice anywhere that was absolutely over-flowing with waste. This comes with an added sense of optimism, and the opportunity to strike before things get out of hand. As I was saying on the walk back, I feel sad for the issues facing El Cocal, but it’s impossible to be in a bad mood. An attitude that seems to extend to the locals as well! Anyway, that’s my blog post folks, stay tuned for more from the rest of the crew!