If you are aware and observant of your surroundings, then you’ll notice that everywhere you go, every country you travel to, every community you meet, there is always a tension of some sort among the people of that community. There is always a “divide,” a divide usually against a minority. It is something that I can attest to, something that I can relate to, and a story I want to tell. It is a story, often not understood by the vast majority, but it is a tale that is crucial for me to express as someone who has, and still, experiences such a division.

It is a story usually overlooked as something of an excuse or easily fixable to those who have never walked in the shoes of the ones on the receiving end, struggling to be seen or heard; to be acknowledged. This is the story I want to tell; this is the story that needs light to be shed on.

The story of a small community, disconnected from the rest of the city, physically, with a river on one side, and a mangrove forest on the other, but also mentally. Mentally because once they realized they do not have the same opportunities as everyone else, it sets a limit to a person’s dreams, to a child’s dreams. This is what division does to you, and this is what being “othered” does to you.

My reflection piece represents a struggle I share with the people of El Cocal as someone who strives to gain the same opportunities as those who are privileged. As someone who is told barriers such as these doesn’t exist and that it is all just in my head. I could have shared positive and joyful experiences, which are endless, but I wanted to reflect on and express something that resonates with me, something that drives my ambition of raising awareness and breaking down these barriers that set us back.

This installation model is a conceptual one that represents the division of nations and communities, like El Cocal, using topography as an agent of expression. I was inspired to use topography due to my love for the country’s beautiful and enchanting landscapes, although, it is still going through some improvements and changes in the design of the contours. It is hanging, and it is enormous so that individuals are allowed to put themselves, physically, into the situation and surround themselves in it to feel the divide.

Through this piece, my goal is to get individuals to think, reflect and contemplate situations where people are placed in a state they have no control over and are doing their best to make the most of it—the happy and playful people of Cocal, but also the segregated and neglected people of El Cocal. Although there were a lot of things I took joy from in my stay there, there are also many things that I took lessons from. 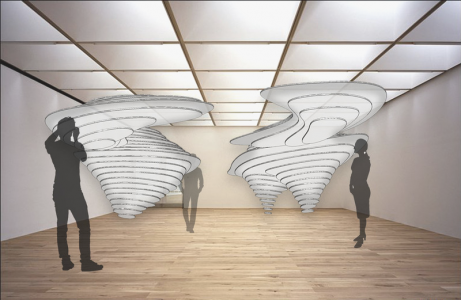 For the average procrastinator, it was a hectic and stressful day. Everyone was in work mode, well, except for those who actually got their work done on time—kudos to you! For some of us, we started working from when we got up at around 8-ish in the morning to around dinner time which was at 6 PM and to be honest, it’s not as bad as it sounds. We blasted our favorite tunes and sung until our hearts gave out to throwback songs. One could almost say that that would be the reason for our late accomplishment but to me, there isn’t any other way to finish work other than to finish it in style. 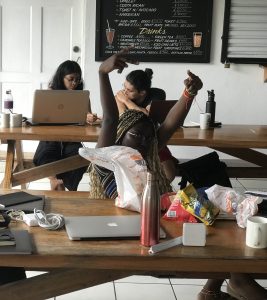 When dinner had finally approached, we were taken to a small burger place a little further behind the hostel and all I have to say on that matter is that God had granted us such a privilege ‘cause, Oh my God, that was the best, most juicy burger I have ever eat in my entire 21 years of living. 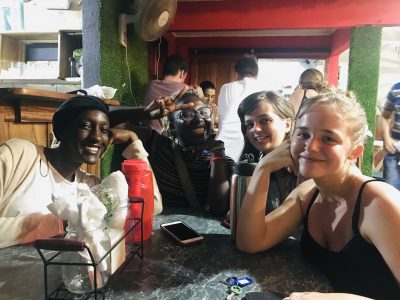 On our way back to the hostel, we stopped by a practicing band in an empty parking lot, coincidently the same one we stopped by the first night we stayed here, at Quepos and any stress and pressure that was still lingering slowly melted away with every drum stroke as I was reminded why we were here and everything suddenly became OK. 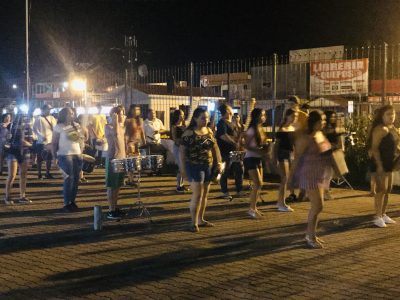 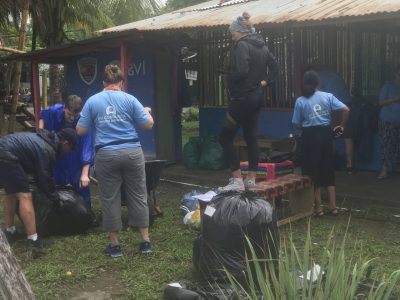 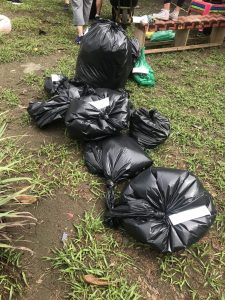 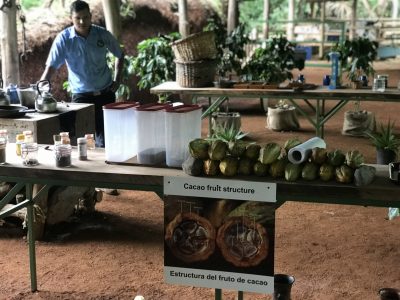 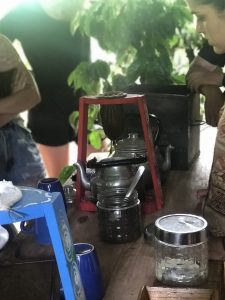