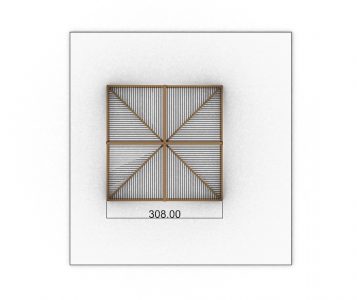 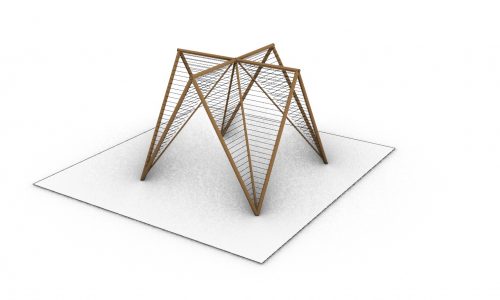 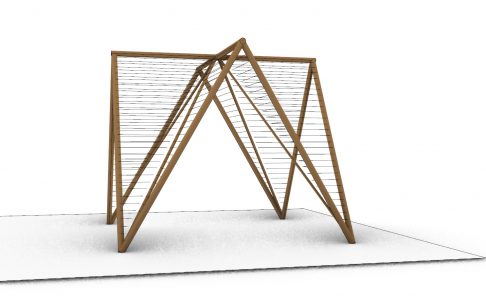 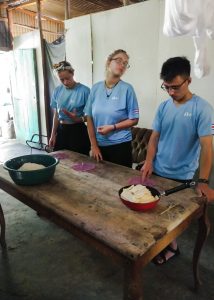 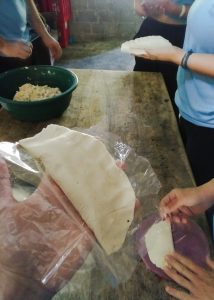 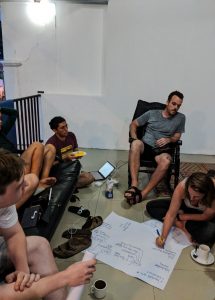 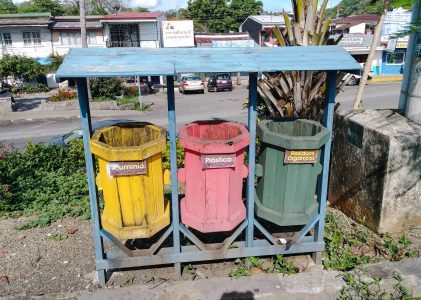 The day began with a hurried walk over to the central bus terminal in Quepos, where we could catch the bus that would take us to the beach.  While there some last-minute scares of potentially forgotten beach paraphernalia, everyone eagerly climbed aboard the bus and took a seat. The beach visit had already been postponed once due to torrential downpour, and the day’s forecast was not all that different from then but we took our chances. 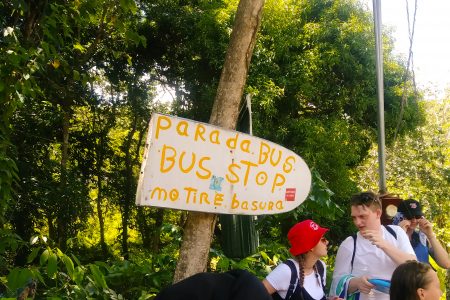 As the bus meandered up a steep, serpentine road, I thought to myself how interesting it was to see the other side of Quepos.  This side was characterised by large English-language billboards advertising adventure activities such as zip-lining or catamaran rides, restaurants with a specified cuisine such as sushi, and of course the several lodging establishments ranging from backpacker’s hostels to high-end villas and surely everything in between.  This side was drastically different from what we had seen so far in the town but it was especially different from our experiences in El Cocal.  I could not help but think of the contrast just a few kilometres down the road. After what seemed like a ten-minute bus ride we arrived at our stop. 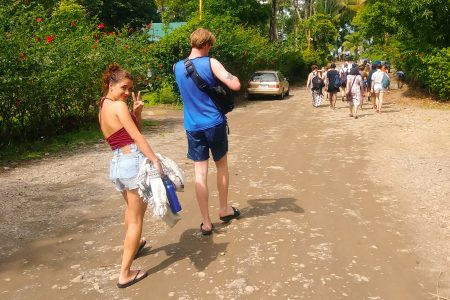 My initial thoughts on the contrast of the town, for better or for worse, were entirely suspended once I caught my first glance of the water.  As the ocean revealed itself in between coconut trees as we approached the beach from the bus stop, it was difficult to be focused on anything else. Luckily the weather had cooperated, as the sun was shining brightly with only a handful of clouds.  Once there, no time was spared in going in the water. 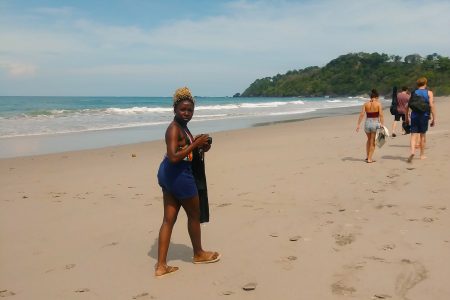 After having cooked in the heat of the Costa Rican sun, we all grabbed a seat in what looked like the council chambers at Quepos City Hall. It was in this air-conditioned room that we had a very informative presentation by Warren, who is directly involved with waste management for the municipality.  Despite having to use an interpreter for translating the information, he was able to clarify several of the things we had still been unclear of with regards to garbage collection and disposal in the town.  However, with respect to El Cocal, and the way in which the municipality regards that community and its members as a part of Quepos while simultaneously declaring them illegitimate thus freeing themselves of any responsibility to provide them anything let alone garbage removal certainly left me with more questions than answers. 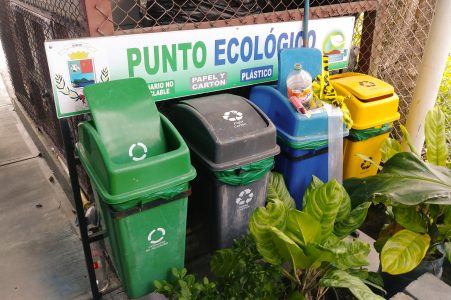