Today officially marked the beginning of the design development phase of our project in El Cocal. The most eventful part of the day for me was the cooking lesson with Doña Eneyda, a sweet old lady who has prepared our lunches on days when we’re in the community. Today, she showed a group of us how to make boñuelos.

Boñuelos or tortas de yuca are fritters made from the yucca plant. Yucca is a root plant that is commonly found in areas of the Americas and the Caribbean. It has a rough brown skin and a firm white interior.

To prepare the dish, first we took off the skins of the tubers. To do this we used knives to create incisions that we then used to pry off the backs.

The next step in the process was using a grater to turn the tubers to shave the tubers down. 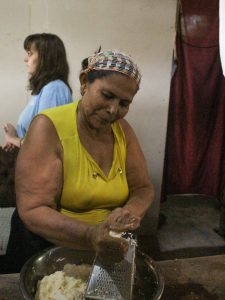 After this, we combined the shredded yucca with some homemade queso and eggs. All three ingredients were then hand mixed to create a paste-like mixture. 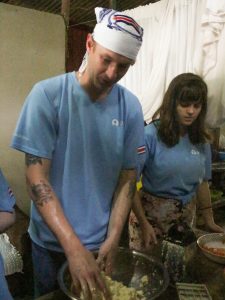 Outside, with the help of Eneyda’s son, Moises we spooned the yucca mixture into hot oil. When the fritters turned a golden brown, we took them out and placed them in a bowl with a paper towel to collect any excess oil. 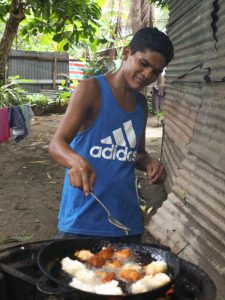 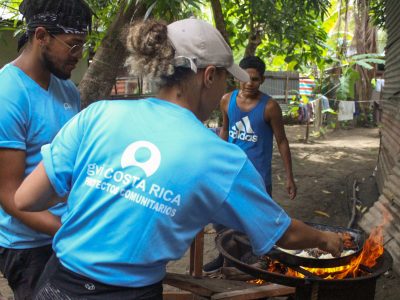 We had the fritters with a meal of grilled chicken, a simple salad made with lettuce, tomatoes and ground pepper as well as the lunch staples, rice and beans. 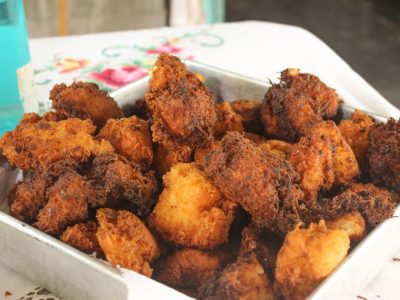 Today, the group took a short break from conducting interviews to help with our project to visit the Espadilla beach. The journey to the beach consisted of a twenty minute bus ride. The route was scenic and gave us a chance to experience some more of the beautiful greenery that can be found all around the country. Our time at the beach was spent splashing about in the waves, playing beach soccer and simply soaking up the sun. We also enjoyed some refreshing coconut water (straight from the source) sold by vendors in the area. 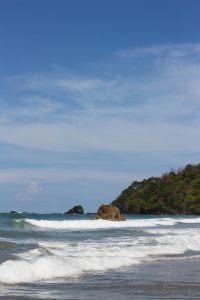 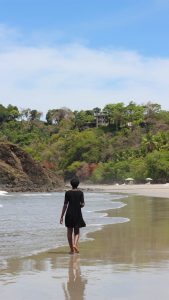 After returning to the hostel for a quick lunch of casados, we headed over the Municipality building which was located a short walk away. Here, we got the chance to speak to Warren Umaña, a biologist who worked for the municipality. Warren was directly involved in the waste management system of Quepos and gave us a detailed presentation on how waste was processed in the canton. In addition to this, he also provided us with very useful information on the history of El Cocal as well as the relationship that exists between the community and Quepos, in regards to waste management. After the presentation, he answered questions from members of our group that related to the project we are working on with the community. 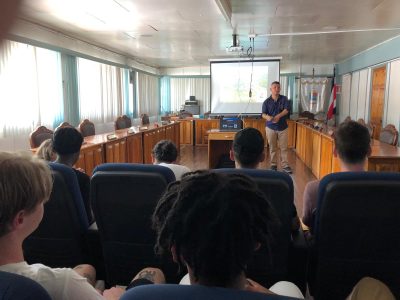 Our evening was spent at the hostel where we had a delicious pasta dinner that was prepared my some of the team and GVI staff.