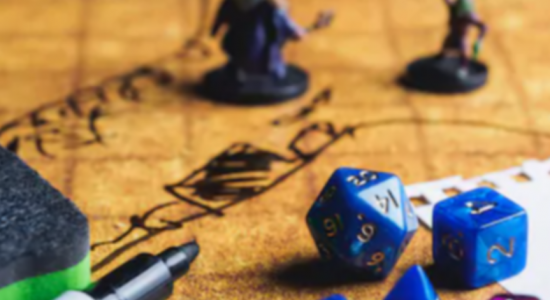 Michael Walter Gadomski is a recent graduate of OCAD U’s Integrated Media program, a member of the Trouble with Tabletops student group, and forever a Dungeon Master.

Table top role-playing games hold a special part in my life ever since I took OCAD U Associate Professor Emma Westecott’s Introduction to Game Studies class. The final project that Westecott got us to do was a paper on any topic involving video games. At the time, Cyberpunk 2077, an upcoming role-playing video game, was scheduled for release on April 16. It’s now delayed (again) until December 10, and I wanted to know what made a role-playing game (RPG) a role-playing game, but more importantly, what is the difference between a table top RPG versus a RPG video game. With that, my research started and I found a wonderful paper by Markus Montola titled, The Invisible Rules of Role-Playing. The Social Framework of Role-Playing Process. This article is free to use and read and is accessible to all and if you are more interested in the idea of the social connotations of RPGs then take a read. 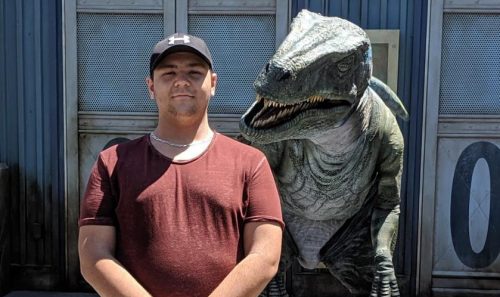 With that intro set and done let’s talk about why that piece needed to be introduced. Recently, I had the privilege of Dungeon Mastering (DMing for short) a short session for a public Dungeons & Dragons game through Geek’s united, a Toronto-based group that focuses on table top games of all kinds. The story that I was to run the players through was simple: enter the abandoned mine and stop the evil wizard from escaping and killing the hostages. One by one my players joined the call, greeted each other and said what they were playing, character-wise. One player asked if it was okay if he used his character due to the amount of ‘flavouring’ it has. Many players ‘flavour’ as a means of adding their own style to their characters. I said sure, as long as it doesn’t impede the game, and with that I was introduced to The Grandma.

We started the session with me explaining to the players what their characters had to do, and them asking more specific questions that gave them a better understanding. Then, after all the talking was done, Grandma said, “I don’t know if it’s my Alzheimer’s acting up, but I don’t know if I even know your names.” The frail voice that the player used was all it took to make the entire chat explode with laughter. One by one the players introduced their characters and described what they looked like, leaving Grandma for last. The player explained in the frail voice of Grandma that the character’s real name was Anna, but most adventurers called her Grandma. He continued explaining that the character used to be a happy house wife, but after the death of her husband, her friends suggested that she got out of the house and get more active, so she took up adventuring. 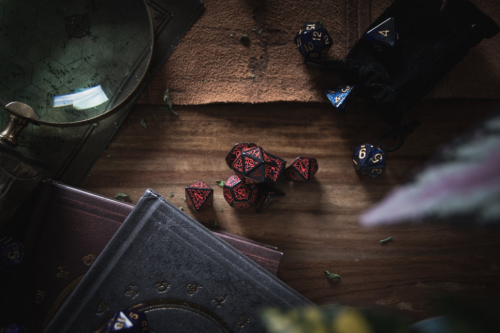 One of the things that Montola talks about in his paper is the rules and goals of role-playing games. I asked the player afterwards what made him make Grandma as a character. He said that his wanted to give himself a challenge, make something that isn’t the best, but not totally worthless. With that in mind he created some goals; have negatives in Strength and Dexterity to account for the character’s age and arthritis, an ability to attack consistently, since Grandma has to defend herself. Even though she has negatives in the stats used for attacking, she needed a way to help the team. The character class of Paladin was the choice for the last rule, as Paladin’s naturally give their allies bonuses at later character levels and the player realised that there was a spell that let Grandma make weapon attacks with different stats, rather than just Strength and Dexterity. And with that, Grandma was created ¾ ready to kick butt and make friends doing it.

In games like Dungeons & Dragons there are many ways and things to play and do. In a game like this story that I ran the players through, there was a straightforward and simple goal to complete. Other stories can have very difficult choices to make. But in the end, it is what the player decides to do that makes, or breaks, a session. The player could have made a character that just hindered the party, having to be dragged through each combat encounter. On the other hand, he could have made something that just rips and tears through the enemies in front of them and the party, but that wasn’t what this player did. He wanted to make sure that he had fun without ruining the other players’ games, since they were also there to play. A game like this is a balance between fun and frustration. Sometimes the dice offers you success; sometimes you roll no higher than a 5 on a 20-sided die. In the end, all that matters is that the character you use lets you and the other players have fun playing, because no one likes dead weight, not even Grandma.

Are you looking to connect with other OCAD U students and play games? Trouble with Tabletops meets weekly to play different tabletop role-playing games and board games. They teach others how different kinds of tabletops work, make new games and play-test them. Get in touch with them at troublewithtabletops@gmail.com, follow them on Facebook, Instagram or Discord. 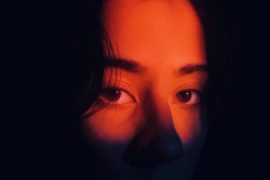 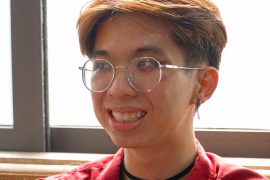