I sat down with the creator of the game Draw Ball, Michael Sinn, and have interviewed him about the fascinating game that he created. Overall it is an AR game for mobile, in which one places orange balls on a surface and draws around. Incredibly fun for artists with phones! 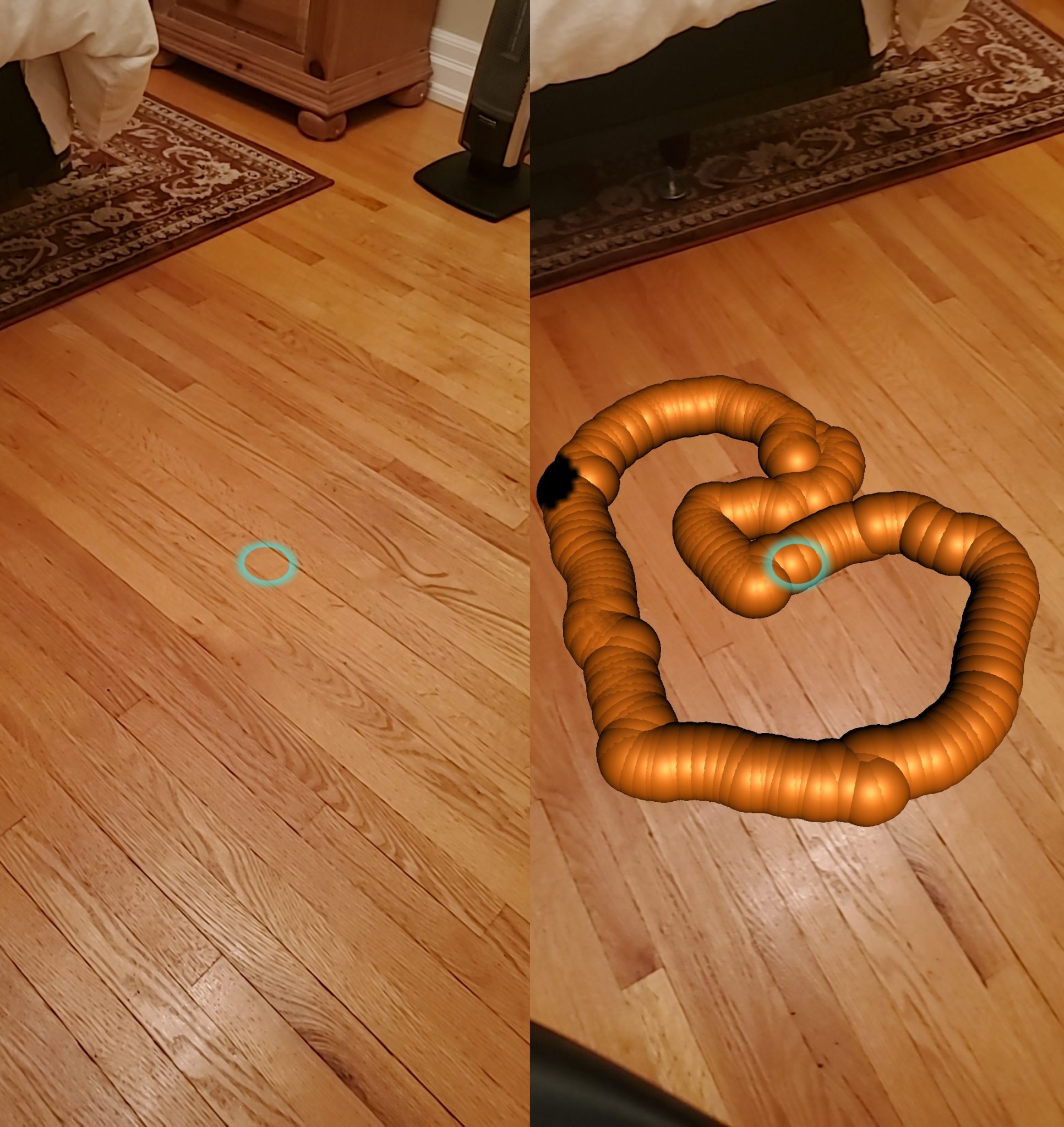 What challenges did the creation bring up?

Originally the game was supposed to be about playing different sports, but due to a lot of different issues with programming it, including issues with rigid bodies and plane placement/collision, I decided to make the game a lot simpler and have the player just place down spheres and be able to draw with them.

Did you learn anything new?

I learned a lot of new things, like how to set up an AR development environment, how to troubleshoot different bugs and issues that I had never come across before, and how to install new packages within Unity.
If you can improve the game, what would you do?

I would try to get plane collisions working properly and be set to where the actual ground is in real life. That way I could actually accomplish the original game that I set out to do.
What was your favourite part about the process?

My favourite part was the first time that I was able to place down an object into the real world and see it being moved around in real space.

Overall it is an incredibly fascinating app, with many grand capabilities.