The project is done by Onirix. However, it does not really work perfectly in my device, so Karen gave me some images of what is supposed to be. There is the scene, assets, and a storyboard. 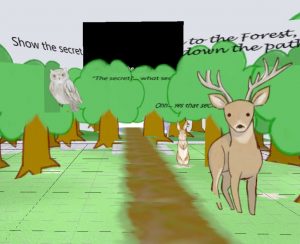 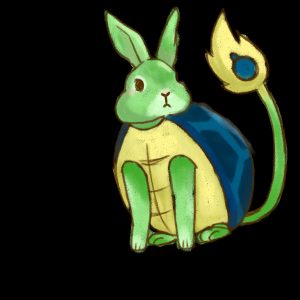 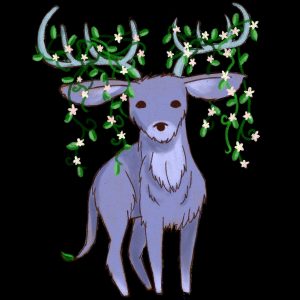 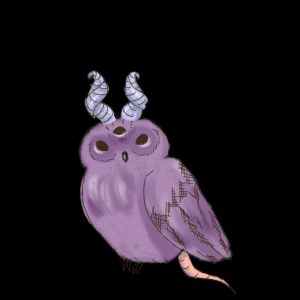 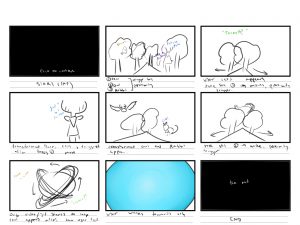 Karen: “The process of making this was, thinking a rough storyline, then drawing each image and crating the gifs of the orb near the pond, and the owl. Then just put it together on Onirix.”

Karen: “The first stage of creating a rough story was simple, I wanted to make something similar to the anime/manga puella magi madoka magica, where it’s very cute in the beginning but gets dark after, but I’m not sure if I accomplished that, then drawing the images were simple, the animals changing into different mythical creatures was simple, I just wanted to create something cool. Then I created the gifs using web gif makers, and turning it to AR was the most difficult, because I wanted to use adobe aero, because creating ar scene was very simple and it supported gifs, but it did not work when I tested on an iPhone 6, so I had to do it on something different, which is Onirix.”

Karen: “The drawing software I used painted tool sai, and I used ezgif.com, I also used premiere and after effects to create the videos after switching to Onirix because it did not support gifs.”

Karen: “My motivations for creating the scene were the anime/manga I mentioned before as well as children’s stories/nursery rhymes that have a darker meaning.”

Karen: “To expand the scene, I would redo the story, but keep the same theme I would also add more animals and forest-y sounds.”

Karen: “I think manga and webtoons would be very interesting if it were in AR, I would love to see a webtoon like Solo levelling or a manga like one piece. I wouldn’t know how series like those would be implemented in ar, like character-wise but it would be very cool.”

Karen: “My biggest takeaway would be that like many other things having a good understanding of the basics is really really helpful, and that creating an ar scene has a lot of testing and really thinking about how a user interacts with it and what the “flow” and transition needs to be for a scene to be effective.”

First of all, I like the concept of the project, creating an anime or manga in AR is a really great idea. And I am excited that one-day anime or manga could have the AR version. Also, I like the way Karen set up the scene. The tree and grass help setting up the environment which could help users to participate. And the animals that are talking in the scene make it look like the movie Alice in Wonderland. Also, the way that the tree and grass put in a different place could create depth in the scene. And users could walk around to explore the story.

My suggestion is that if Karen could arrange the height of the scene, that will be better. For now, it is a little bit low, so I am looking at it in top view. If it is higher, I could look at it horizontally. Moreover, if Karen could make it into an actual scale and in 3D in the future, it could be a wonderful art piece. By putting them into actual scale will allow users to feel participate in the anime or manga like they are actually experiencing the scene. And in 3D mode, it might allow the anime or manga to become more vivid. But overall, I really like Karen’s project and I think that it is a really interesting and great piece.