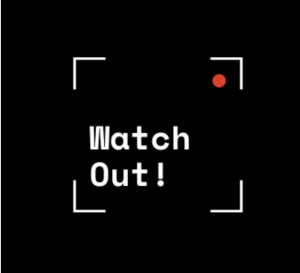 Watch Out!! Something would pop up anyhow, while playing this game. Click on the targets and aim by using the skills you have. This is a fun game and great interactivity with users, through the help of the spooky feeling and moreover. To having a better experience in the game put the volume 100% and play the game. It is an individual game where you need your phone/laptop and follow the instructions given.

The game involves a Strategy that would be utilized in an efficient manner through users strategizing by using their phones.

Use your device and check out what happens next through your good aiming skills by receiving to the last level and increasing your score throughout. In viewing the main part of this game that means WATCH OUT!! you will have to meet the requirements. The main outcome of this game is for users to interact with their devices and the way they play the game efficiently, the feeling and sensations bring out a greater experience as a whole.

For the background and characters the usage of 2d and 3d models would be utlilized. 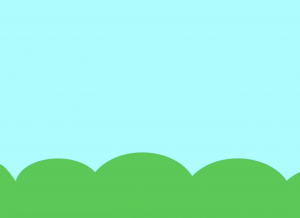 The audio used is a suspense as this game is meant to scare the users and the feeling of spookyness being depicted as different elements are being eliminated throughout the game.

Each user would have a different way in using the app on their device, the narration in this would be the way users would want the app to move on, the way the characters signal would be, the way they aim and target and move on to the next level. 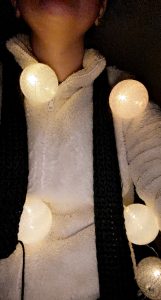 The Swatch I made called “Light up Scarf” as brings up a fantastic outreach through the help of the design I created using the Yarn for crocheting with a mixture of the LED Lights, love creating new things and the experiment I created through Arduino, led and button brings out a good outcome as a whole. Where this creation could be made in many ways such as Keychains, Phone covers, and many more. I made this swatch little simple as I improvised from my previous experiment created. Last minute I made something creative using Christmas plastic balls and covered with thread around it. I stitched on the end of my scarf I made, and the LED lights are inside the Christmas lighting. I wanted to make something more creative and I attached the LED through the Jump Wires.

A technique which I have used to create my swatch is Crocheting and Knitting for attaching the Christmas balls on the scarf.

Tools which I used is Crocheting thread (Yarn), Yarn Needle and Crochet Hooks, thread for covering the balls.

These are the materials which I used to create my Swatch

It took me 3-4 days to create this Crochet Design. It is my first time and found this creative as well

Using my materials, I attached the Jumper Wires, Led Lights and Resistor.

I started coding on Pastebin and understanding about the fade and blink for my LED Lights.

After trying the code, I realized only 3 Led lights were working as a whole, reviewed and I did a mistake in my codes.

After my mistake, I realized that some wires and other Led lights were not connected correctly. I reviewed and made my diagram again.

I was testing with my Crochet Material how it would look. This is the way it will be with changing colors.

Last-minute planning by covering Christmas balls using thread and I covered with hot glue and left it for 3-4 hours and this is how I did it which would be a decoration for the scarf. I attached a hook for the LED light.

I stitched the decoration I made on the ends of my scarf through the help of knitting using a needle and thread.

After completing my experiment I tried it on myself, I do like it and looks cool.

Video of my Swatch :

“Arduino Fade In and Fade Out an LED – Tutorial #2.” ElectroSchematics.com, 1 Aug. 2013, www.electroschematics.com/arduino-fade-led-in-out/.

I was really inspired by the tutorials above as I made a lot of mistakes even by following the procedure, but I realized that I should do the experiment in a calm manner and follow the steps carefully.

My main objective is to expand and improve from my 4.2 experiment where I used the example which I made using a jar and cotton. I felt that that example would have a great outreach as a whole as I designed the main part of the swatch which would be crocheting. I wanted to improve this particular example because I had different ideas where I brainstormed through the image shown below. I ensured that I could create something where it would be kind of a DIY for others where they could make so many things such as Keychains, Covers, etc through different manners using these materials which I have used for my swatch. For myself the swatch I made I could use it as a Light up Scarf. 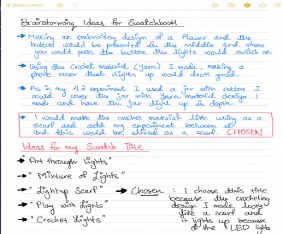 I wanted to make something through the materials I have with me and I feel that this particular Swatch I made was something little different especially by the crocheting work I did, and it is my first time making this as well. I have learned a lot about how to create something with the use of Arduino, led, etc. I followed the main part, which is adjusting the materials together, but my codes are different, and I tried many ways which are through the help of batteries where you won’t be able to connect to the computer but sadly did not work out. Therefore, as a whole, I feel that what I made was through my hard work and trying to make something new. I watched different tutorials and created what I felt would be beneficial. The mixture of the yarn and led lights I made gave a great outreach and I loved my final outcome. I made last-minute additional materials for my experiment using Christmas Balls and thread. Where I stitched on the ends of my scarf and made it look more stylish. These could be worn in your own manner and I wanted to use different materials and I made these all through my understanding and knowledge of creation.

the video above is my review of Arashjot Kaur’s AR project where she used Onirix software in making her project which is about plants. I scanned the QR code provided and used my camera in testing her design. I find this cool and interesting as I love plants and found this good to use, where on the sunflower there was a tool where I had to click to add more.

As I interviewed her and asked her some questions :