Storytelling often assumes the interactive structure of a speaker and a listener, or in the case of a text, an author and a reader. It often uses linear narratives to describe a pre-planned universe, and detailed sentences to express a coherent sequence of events. In Merry Tales, the user is invited to let go of these conventions and explore storytelling as a collaborative and improvisational experience, using spatial relationships between decontextualized illustrations to create ambiguous narratives.

The book ‘A picture-book of merry tales’ contains many stories of a character called Owlglass as he goes on in his life and grows from his experiences. The interaction mechanism of Merry Tales allows two players to create their own collaged ‘picture- book of merry tales’ using the very illustrations from the book. While these characters and objects may have had certain relationships and histories in the original text, they are given the chance to live new ones as the players create their own unique arrangements together.

When the game starts, random objects and characters begin to appear one by one from the bottom of the canvas, moving across the screen continuously. The two players then guide the illustrations around by moving them left or right and ‘dropping’ them onto the canvas. The collaborative play comes into effect under the limitation that each player is only able to manipulate one direction of movement, but both can drop the illustrations. All the while, the illustrations continue to scroll across the screen with their own momentum. The resulting interactions may ebb and flow between tug of war, turn taking, and harmonious chaos, as players respond to each other’s actions and the slowly growing collage. It should be noted that technically, the experience is playable by one player, but they will only be able to cover one half of the canvas.

screen shots of the interaction: 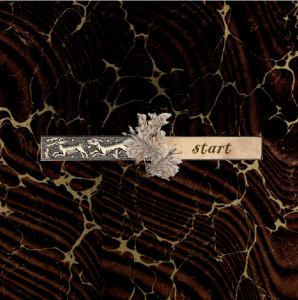 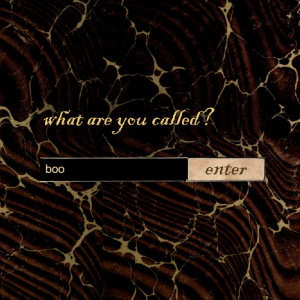 A canvas in the early stages: 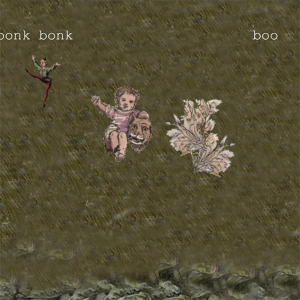 After some collaborative collage storytelling (what does it mean?): 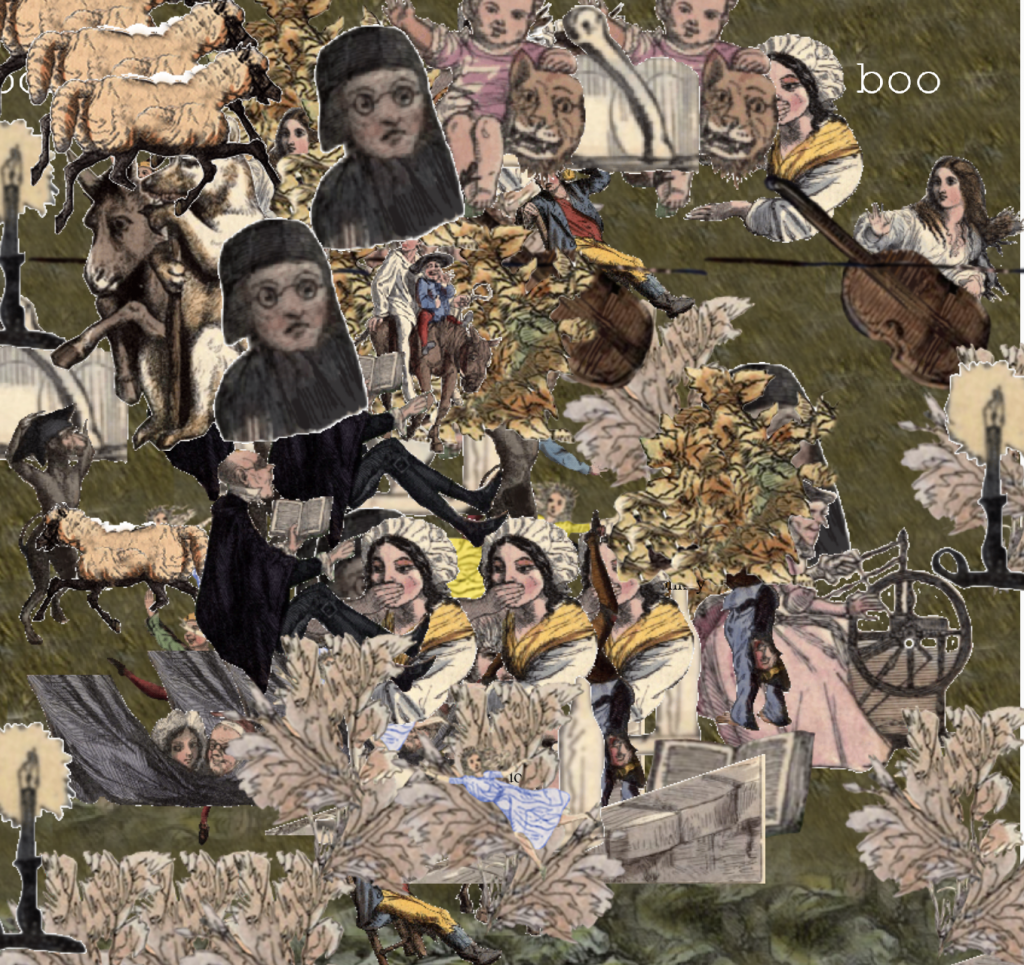 Wireframes of the planned game:

Firstly, we would like to be able to add the option to save the canvas at any point as a downloaded image file, as well as the ability to clear the canvas.

Secondly, the random order in which the objects and characters appear to the players (as well as the unpredictable whims of the players themselves) facilitate fairly unrepeatable story compositions, so it would be nice to be able to capture noteworthy arrangements when they appear. 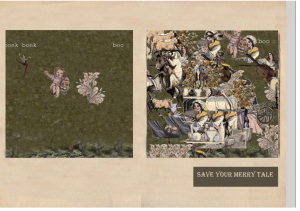 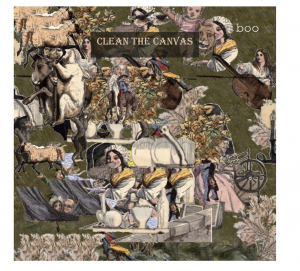