Octopus Protecting System (OPS). It is a group of multifunctional modules with octopus-like suckers that allow them to travel on the skin and provide any functions we need. OPS’s modules are managed by a super AI and powered by our body temperature, modules store the energy which body generate and transfer into the energy we need under different situation. The materials of the OPS are biobased and combined like living cells, this material has high ductility and moldability just like slime. These modules can be self-edit by the customers, and they can use the modules anyway they want. The OPS modules can use as a camera holder to bound the cameras on our body and stabilize the lens. They can wrap around the injured part and providing basic medical treatment such as stop bleeding and reducing weight applied to the injured part. These modules have infinite possibilities, they can use as a wallet, goggles, earphones, helmet, body armour…anything one can imagine or cannot imagine.

The OPS is suited for the human species. It designed as an ultimate tool that helps human lives easier, reach higher and dive deeper. When it activates, It can shape into any shape. In inactive mode, it will move around the body like a moving cloth which collects energy the body generates. It reacts directly with human subconsciousness, when we need any functions, they will react faster than we can even notice. The OPS is the most loyal assistant one could ever have.

This idea was inspired by a BBC documentary called “Blue Planet II.” In the fifth episode, a group of ocean scientists filmed how an octopus lives in the ocean jungle. They film how the octopus hunt and use shells protect itself from other predators. This idea is also similar to Iron Man’s nano suit in Avengers: Infinity War. This OPS idea is way beyond what current technology can reach. However, this is what human are born for, to reach our imagination. 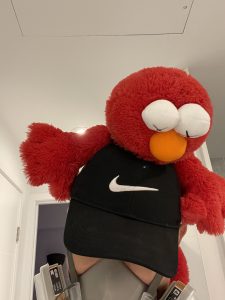 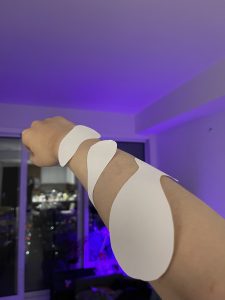 The tags from my brainstorm are Teddy, Hug, Hat. So, I made a really fast prototype with my KAWs plush and my girlfriend’s Nike hat with two zip ties. And developed further with my imaginations.