Concept & Objective – The idea was to create a hat that ether alone or in public can represent sadness or tears. While at the same time creating an aesthetically pleasing look that in darkness can simulate flashing tears across someones face. One blue light blinks and stops then a second LED blinks as if a tear was moving downwards.

Process – I started by drawing the circuit on paper and then creating it on its own using wires and a basic switch and creating the code for two lights blinking after another. 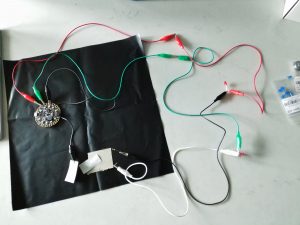 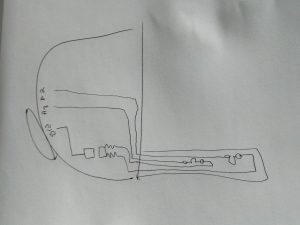 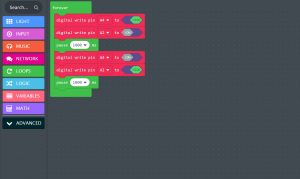 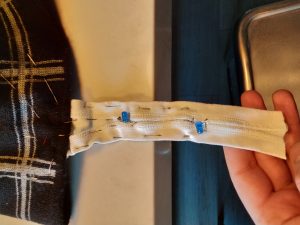 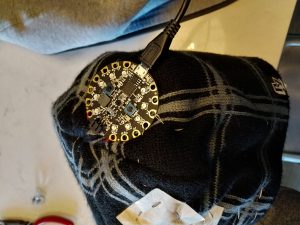 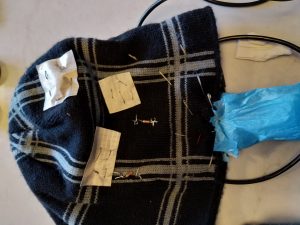 Then used blue tissue paper to mach the LEDS and encase them, but it also helps with the effect. Then used a large piece of conductive fabric in another hat to encase everything and complete the circuit when pressed against. 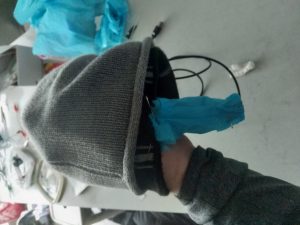 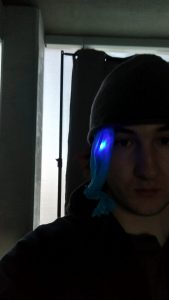 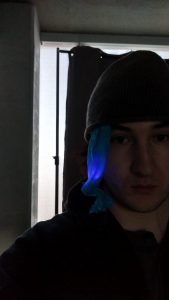 Reflection – The sewing was the hardest part. I had to restart twice because of conductive thread being to loose and connecting with another line of conductive thread and parts just falling off because it was hard to secure them properly. I also found great use of of mapping the circuit out with the normal wires and following that as I sewed and constantly checking with the real wires connecting them when I only had some of the parts sewn in and just checking with a wire before I used thread to make sure each step there wasn’t a mistake.