This project’s concept is revolved around the idea of creating music wherever someone may be. They could create simple chords and beats with the help of this wearable. This wearable could also be used as a buzzer or as a tool for games played with one’s family.

I have always had times when I am out with my family and I get an idea for a potential artwork or project that I could create in the future which most of the time I resign to typing out in the notes app on my phone. With this understanding of how I felt about getting one’s creativity flowing and unable to start that project when you get the idea I came up with a tool to hopefully help musicians and anyone who writes music to try out their ideas if they get them in locations where an instrument is not available. With the piano wrist, my objective is to create a tool that is easy to use, comfortable to wear and is easily accessible whenever someone is struck with inspiration.

Project Interaction: The original idea I had was to use digital switches using a glove, each finger would control a different note played when touched with conductive fabric, after some research and thorough understanding of concepts learned in class it was decided to use capacitive touch sensors to activate the sound and lights, this is so everything could be kept in one place and it would be easy for the user to make music with this product.

Input: Capacitive touch sensors, Button B and the onboard Switch. 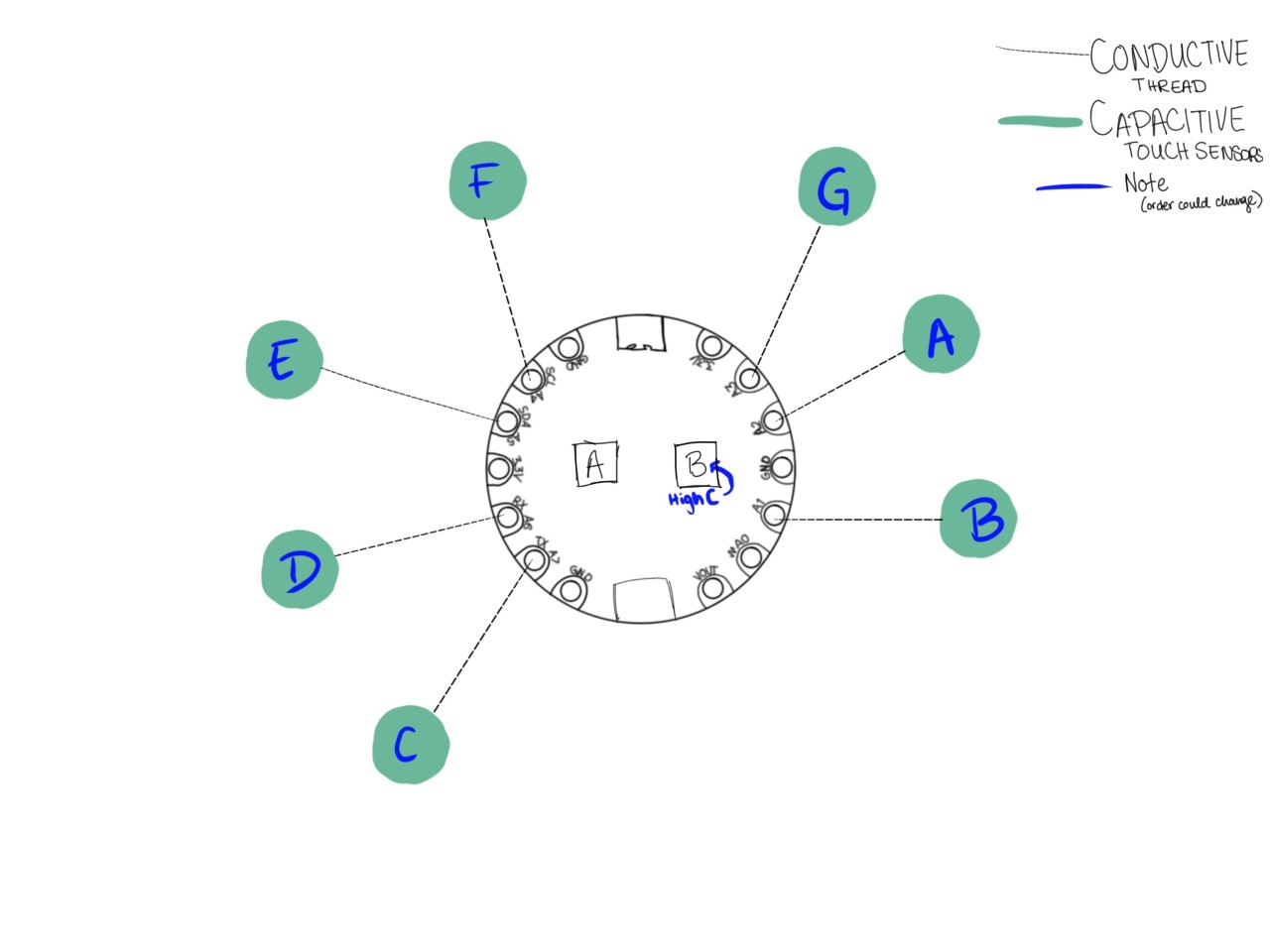 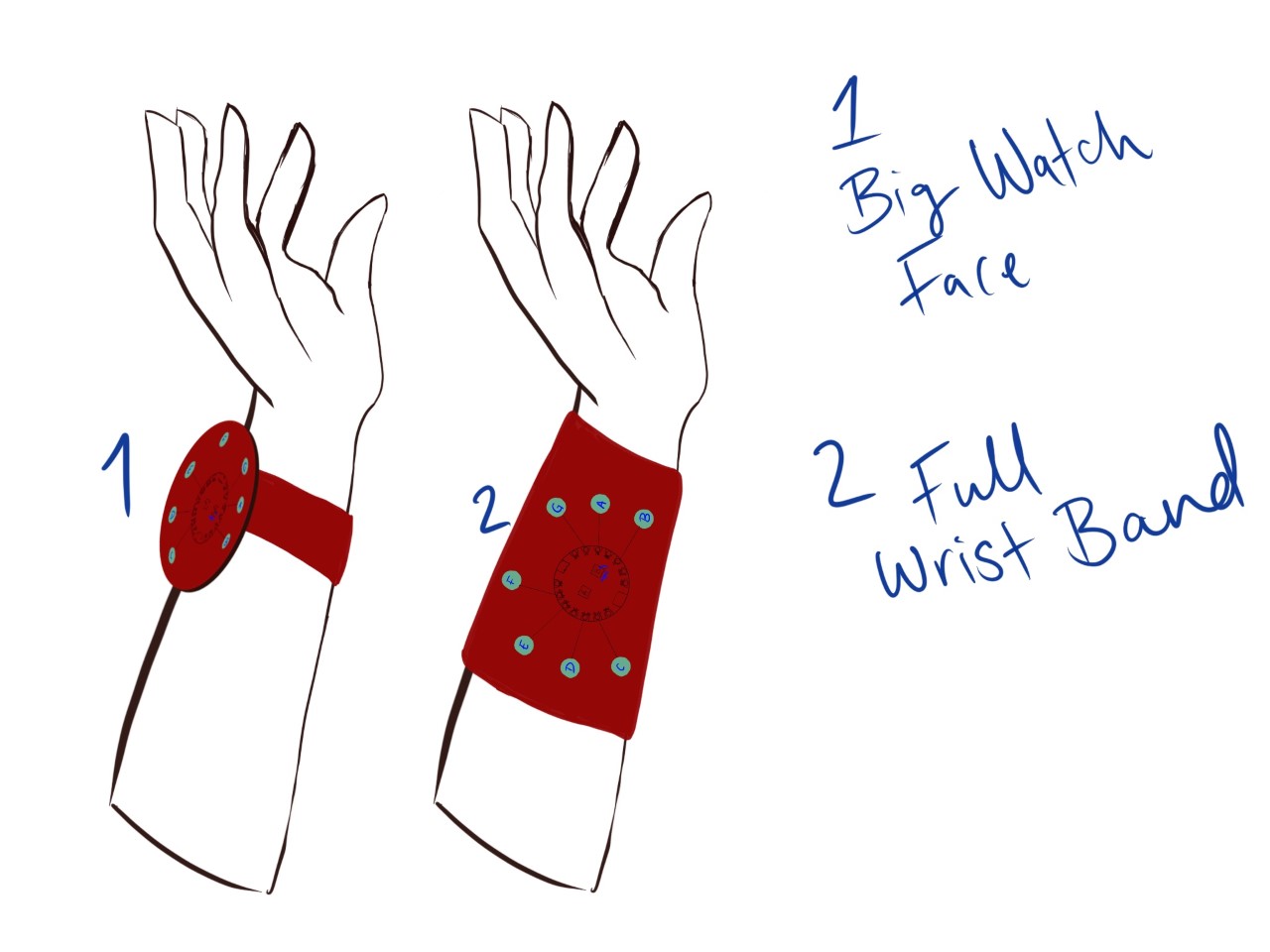 After some contemplation, I went with design 1 for my final product, and in order to make it comfortable, I decided to have the “watch” face removable by a button attached to the wristband.

I began creating my wearable by testing the capacitive touch sensors on the CPX with a basic set up of my code. 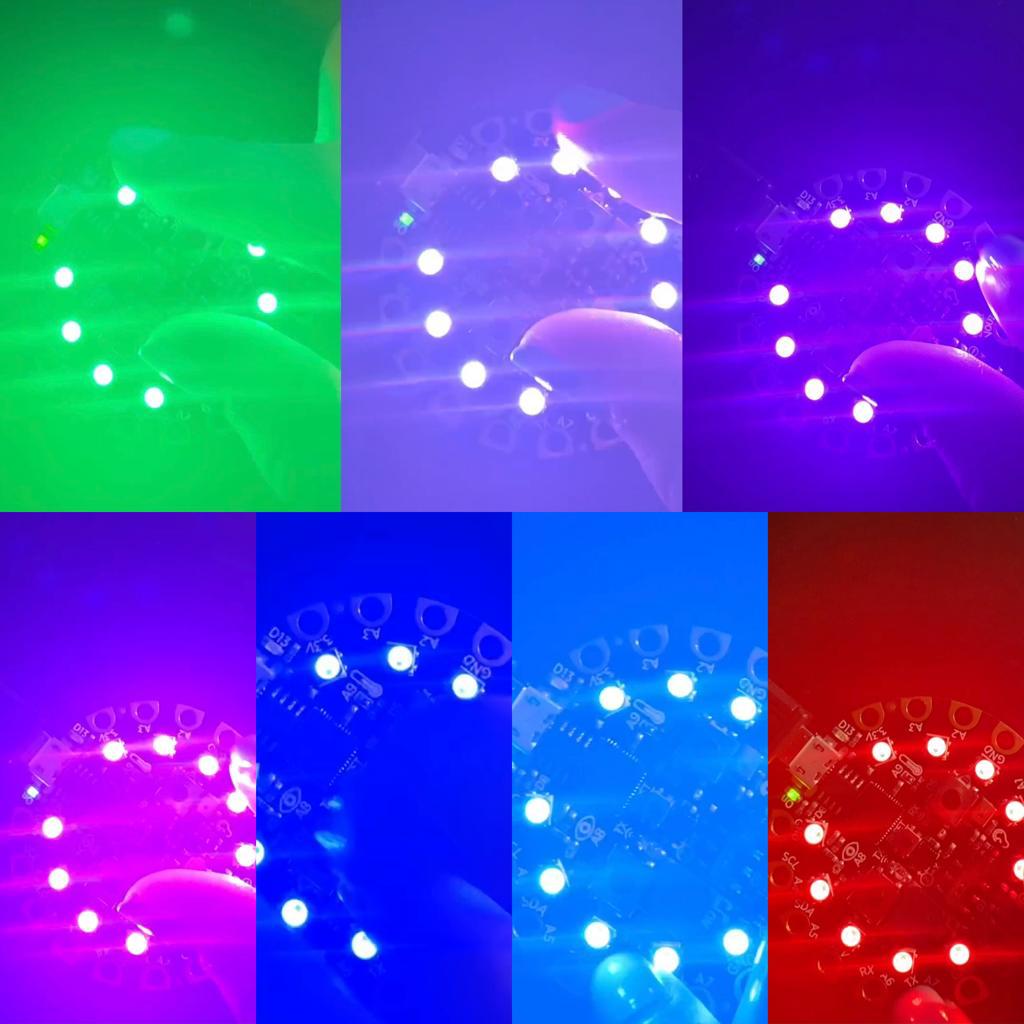 Used the embroidery hoop to stretch fabric and make it easier to sew the CPX to the cotton and conductive thread paths. I had attached the CPX to the by sewing only through the pins that would not be used for the capacitive touch sensors.  I had to use every pin for the capacitive touch sensors and didn’t want to risk the circuit stop working if I had sewn it through. 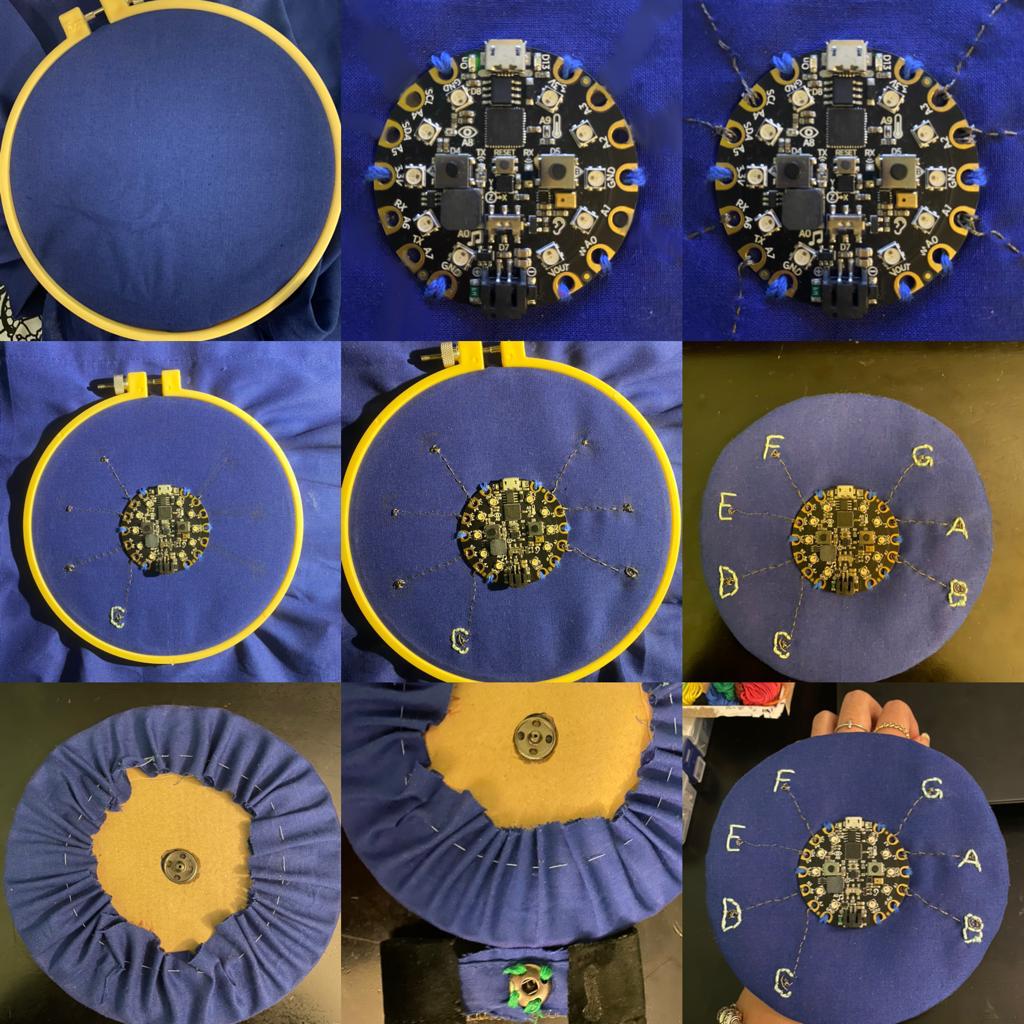 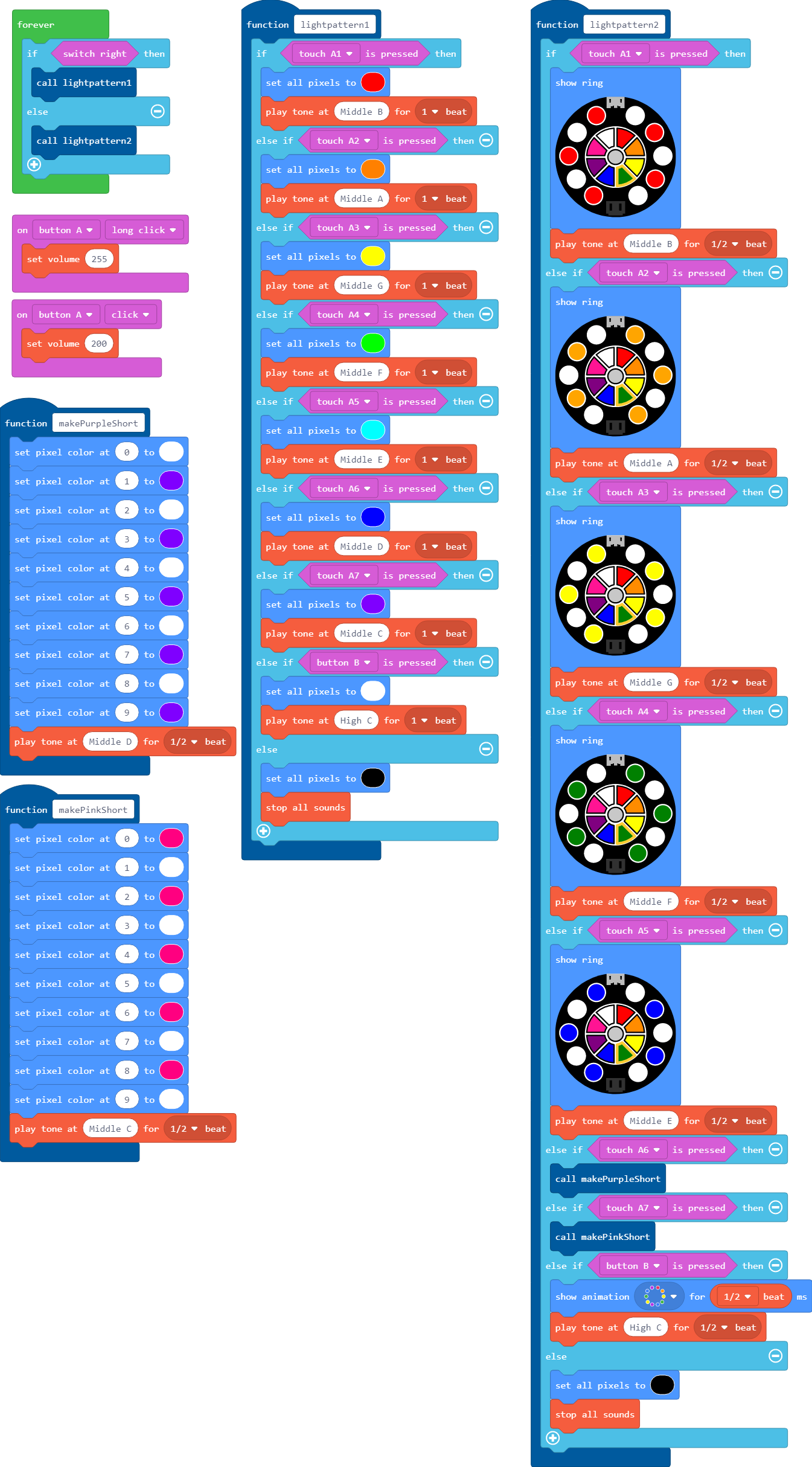 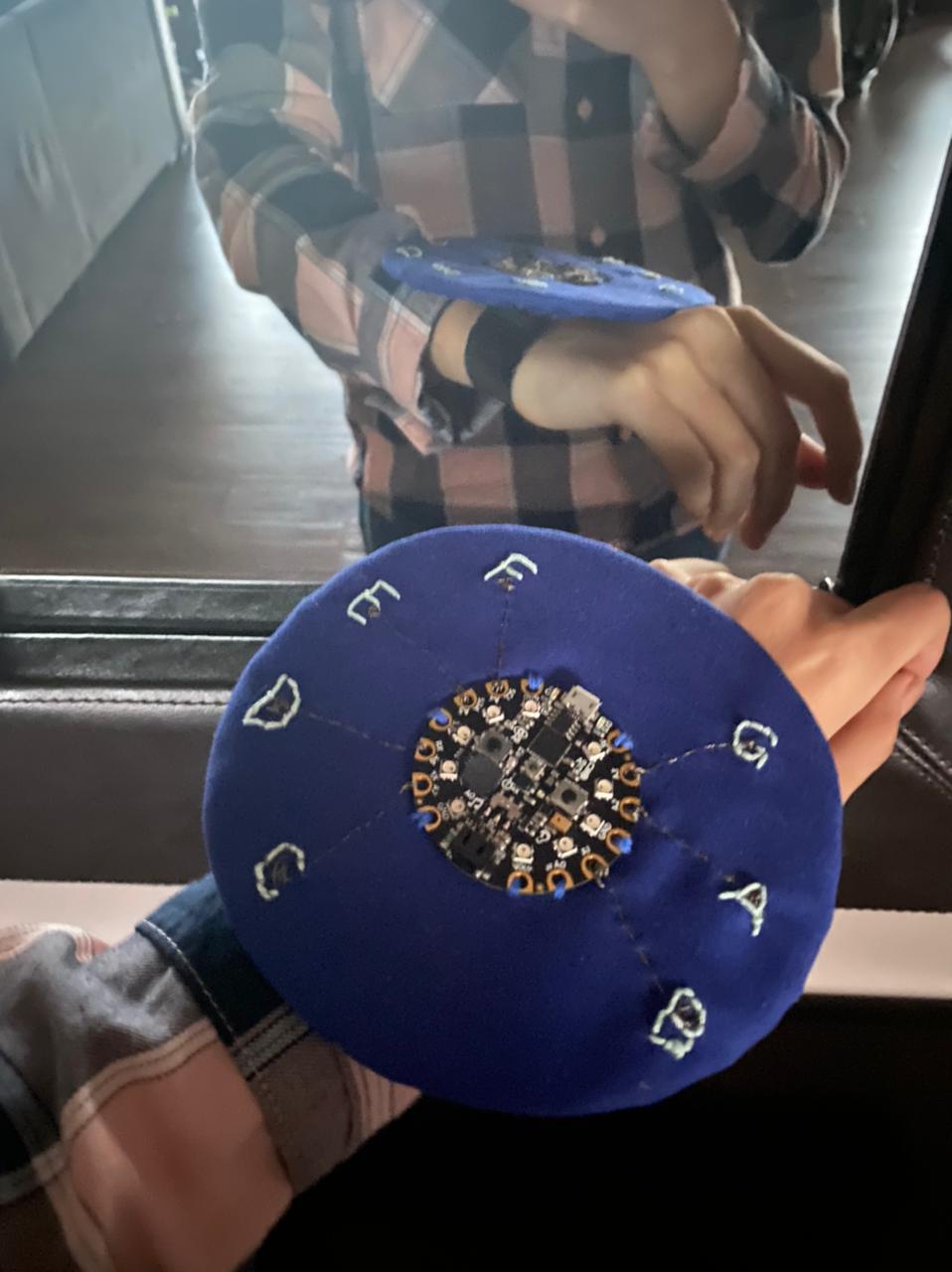 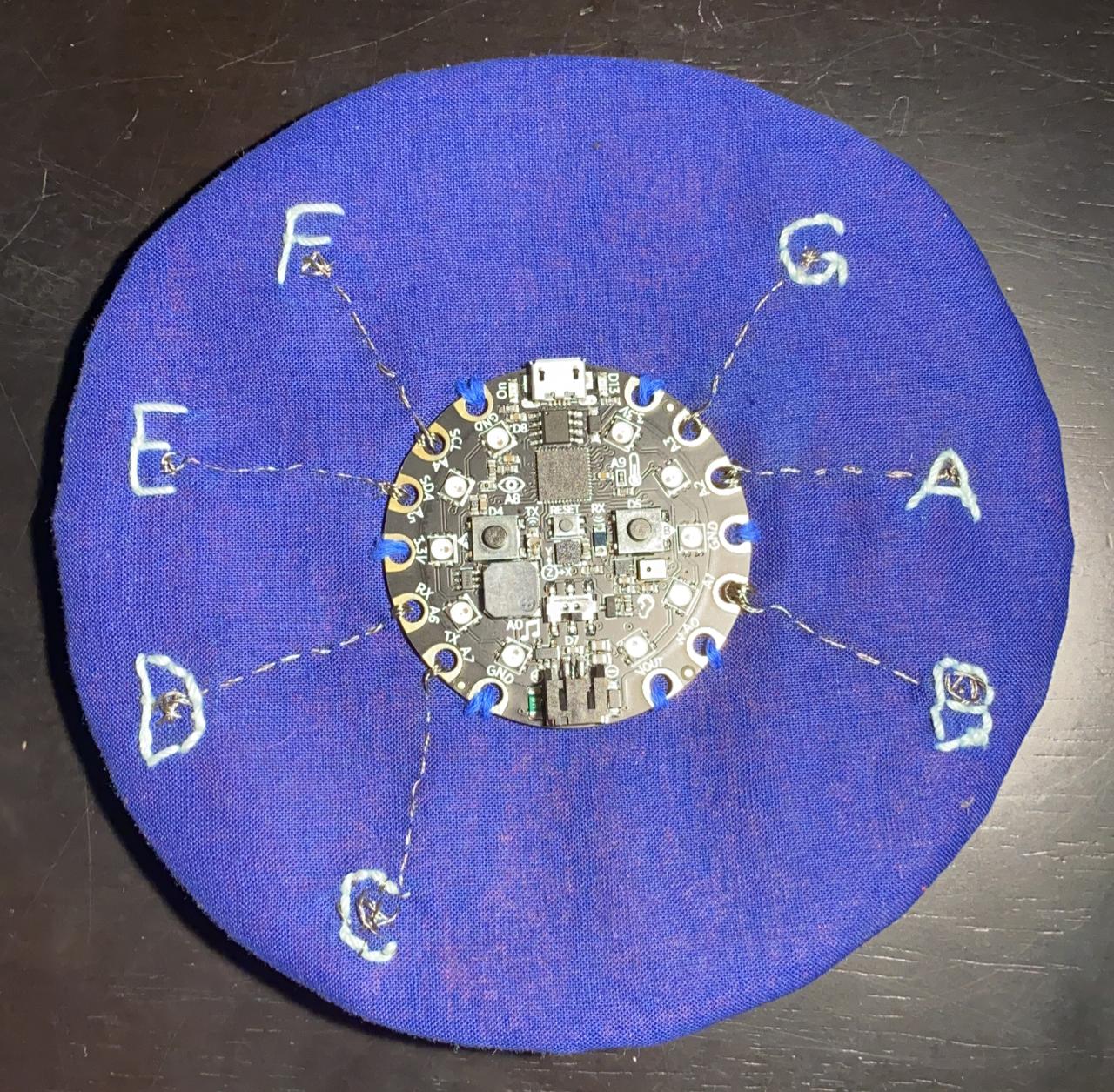 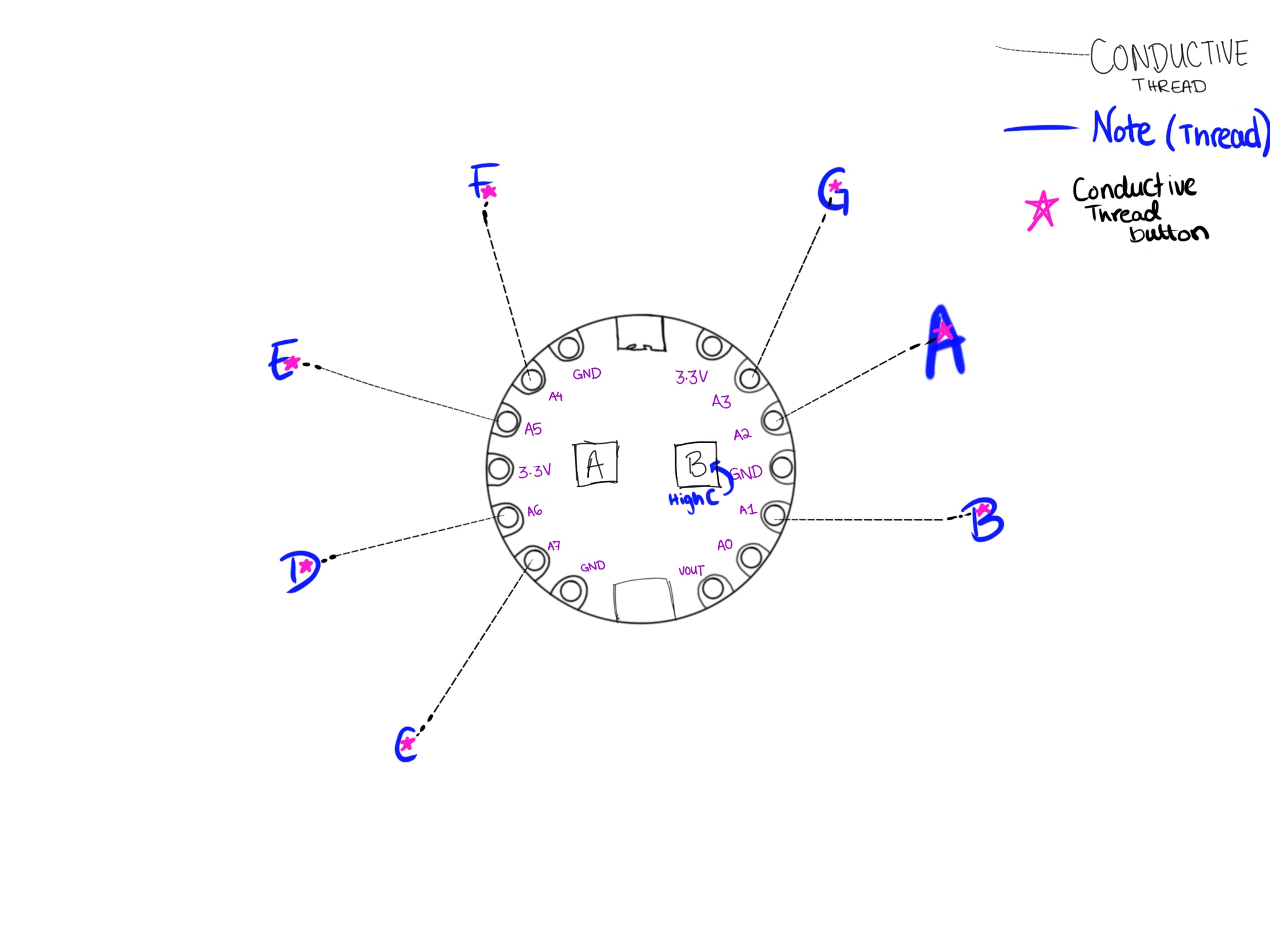 Overall I am very happy with how my Open Project turned out as it does what I planned and I really enjoyed creating my model. If I were to remake this project then I would probably make the watch head smaller or try the other design as it would make the end product less bulky. A part of this project that I’m really happy with is the code. Programming the CPX to have a more exciting output than just the sound was something I enjoyed.