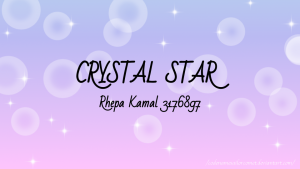 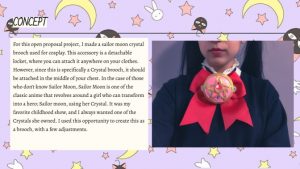 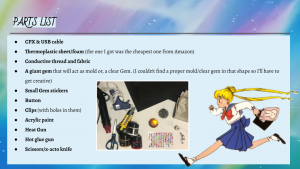 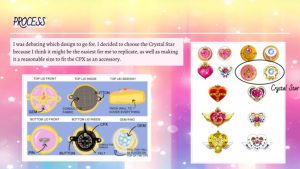 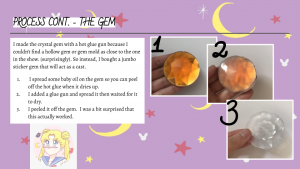 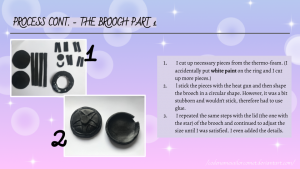 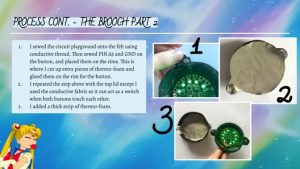 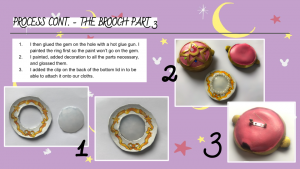 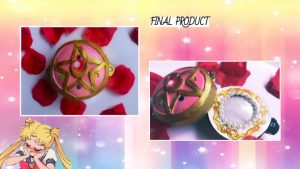 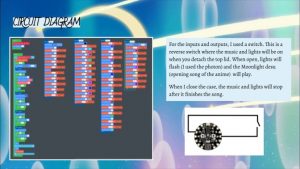 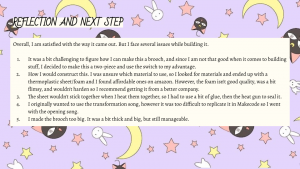 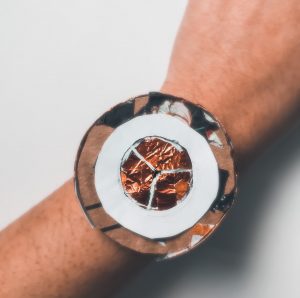 My idea for this assignment focuses on a wearable that expresses feelings of distress. This is an alert bracelet that can be triggered by tapping on it, that will display colors and sound according to the situation. To use the lights as an advantage, I set them up as morse code. Those who are deaf and blind can immediately know if someone nearby is in distress. It is also useful at night,  to let your surroundings know that you are in need of help. There are two alerts that can let your surroundings know if you are in distress and one alert to let them know you’re okay.  I chose to make it a bracelet because it is the most convenient. 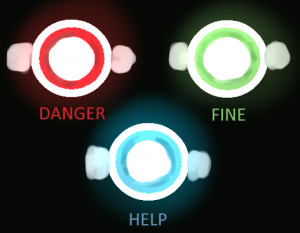 This option is for loudly letting your surrounding know you are in critical danger. This has a loud beeping sound.

This option is for individuals who are fine. It only lights up. 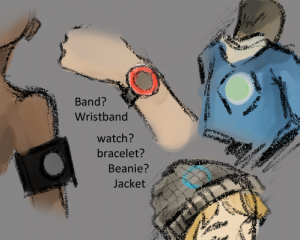 I want to create a wearable that expresses feelings of distress because many people may be facing an issue that the public is not aware of. This can lead them to be in greater danger, specifically for people who are introverts and do not want to cause any commotion. One should always feel safe in dark places and public areas with access to help. 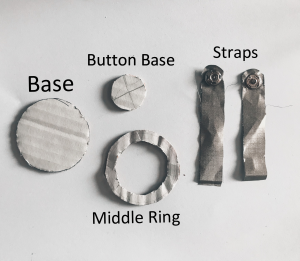 I cut out all the pieces I would need to encase the Circuit Playground Express. 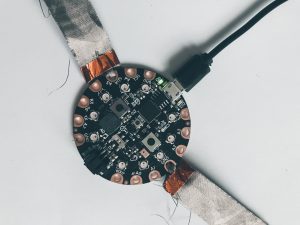 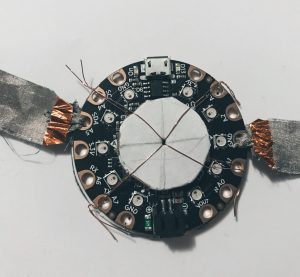 I attached the Button Base in the center with the conductive thread with the pin where it will trigger specific light alerts. I originally had four alerts, but it was getting a bit difficult so I now have a total of three alerts. 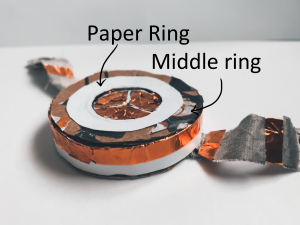 Then finally, I placed the Medium ring onto the bracelet and wrapped the sides with paper, and made a paper ring to mask the lights. I also used tape to cover the button base because of the ineffective conductive thread. 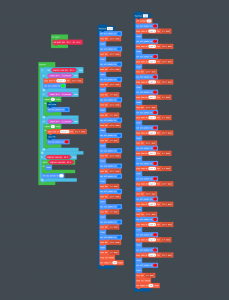 The straps act like a power switch, where when you snap them together it will emit a white light to signal it is on, and you will be able to press on the button. Without snapping the straps, the bracelet will not work. I used pin A5 and Ground as my switch button. The functions in MakeCode are the alert lights that I’ve programmed to emit as morse code.

I actually struggled a bit by coming up with some ideas because the first idea I had, a classmate had already done it which I had to scrap it and make something different. The straps were a bit too small and I wished that I could have made this neater. Also, it would have been easier to color code which section of the button emits the light instead of guessing. Other than that, I am happy with how this came out and how I managed to use the lights to my advantage.

“How to Make Your Own Wearable Switch.” News about Energy Storage, Batteries, Climate Change and the Environment, 7 July 2014, www.upsbatterycenter.com/blog/make-wearable-switch/ 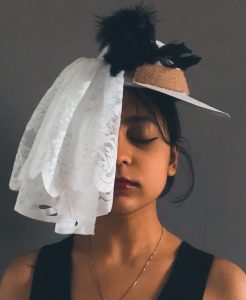 I was inspired by platypus’s electroreception ability. What is it exactly? Electroreception is the sixth sense of a platypus that gives them the ability to locate objects and avoid collisions in the dark waters by using an electric impulse. They cannot see, smell or hear, and electroreception substitute all of them. I have always thought it is a cool ability to have, to be able to sense where everything is located, so nothing ever goes amiss. I want to create a headpiece that can replicate the ability of the Platypus.

The objective of this wearable is to “sense” what’s there and can guide the individual what he is surrounded with, and locate items. It can warn you by sensing if there is an object that you are about to come in contact with: furniture, walls, doors, substances, anything. This specifically targets people with vision impairments. With this wearable, they can have an idea of their surroundings and envision their view. As someone who has been affected with very poor vision, it would nice to leave my glasses at home while going out. This can also be useful in terms of shopping, locating the perfect shirt that you never knew existed. 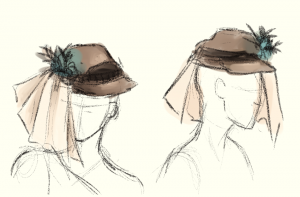 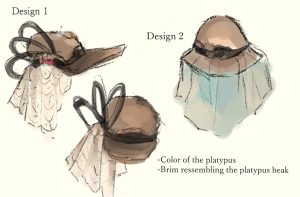 I wanted my hat to have a brim because it reminded me of the platypus beak.  I want to make it look fashionable which makes you feel: “Wow, who knew this extreme-looking hat can give me special abilities!” I have an obsession with veils, therefore I incorporated a veil to make it more “me” and also it can symbolize the inability to see. I also thought since this is specifically targeted for people with visual impairments, it wouldn’t matter if their eyes are hidden from the veil. 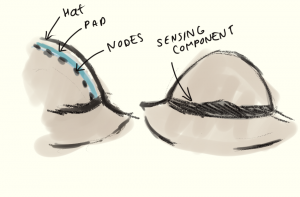 It can be activated the moment you wear it on your head since our body can naturally conduct electricity. The nodes will read the electricity from our body, then transfer it to the sensing component which will allow the individual to enable their sixth sense.  Once it is “activated” by wearing the hat, your mind is able to sense its surrounding, similar to having some sort of superpower. It can then allow you to know the location of the item you are searching for.  There is nothing much to do, besides wearing it on your head and walk without worrying that you’re about to hit a pole. (Real tragic experience) 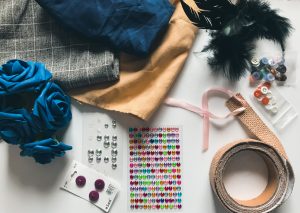 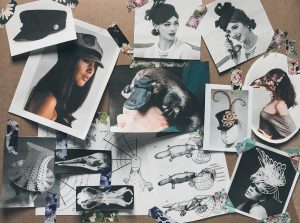 The EM Sense is a smartwatch that was developed by researchers at Carnegie Mellon and Disney Research. Essentially, it is a smartwatch that can detect the objects of what you are touching. https://www.wired.com/2015/11/em-Sense-enabled-smartwatch-can-detect-when-you-touch-a-doorknob/

Google lens is an app that can identify objects in your surroundings. It essentially acts as a second pair of eyes and proceeds to give you more information about the object. https://www.theverge.com/2018/3/6/17086688/google- lens-android-photos-launch-roll-out