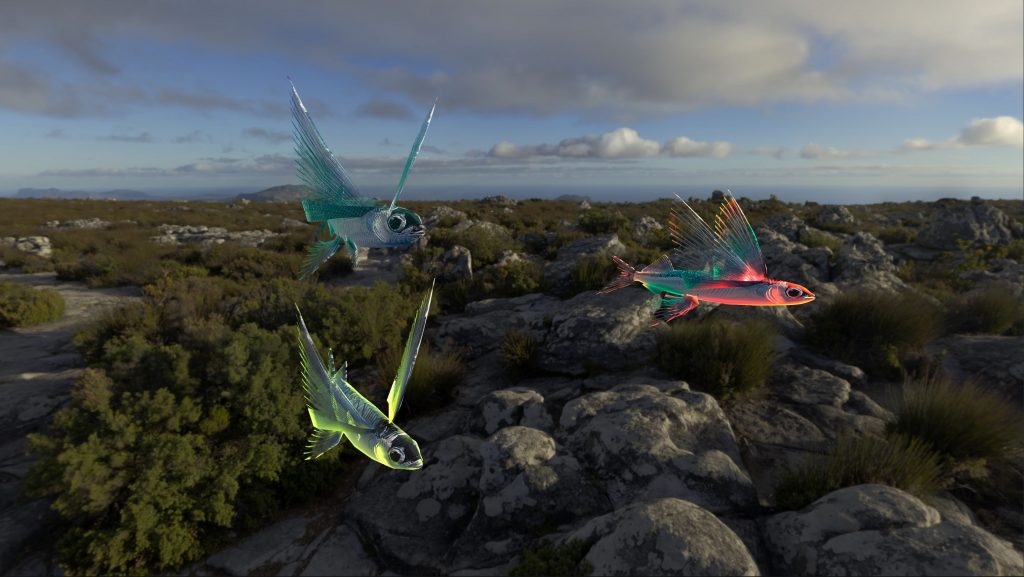 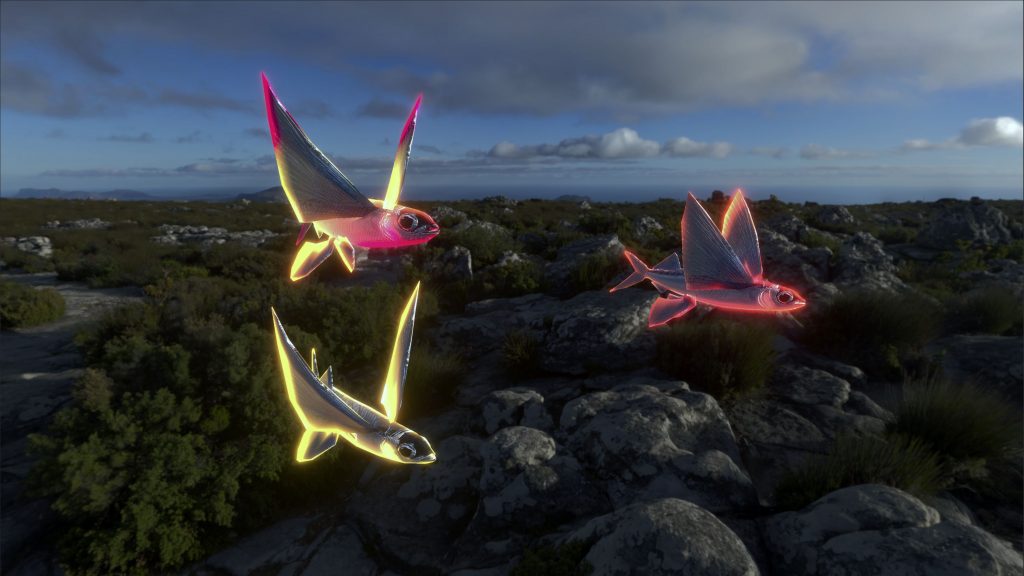 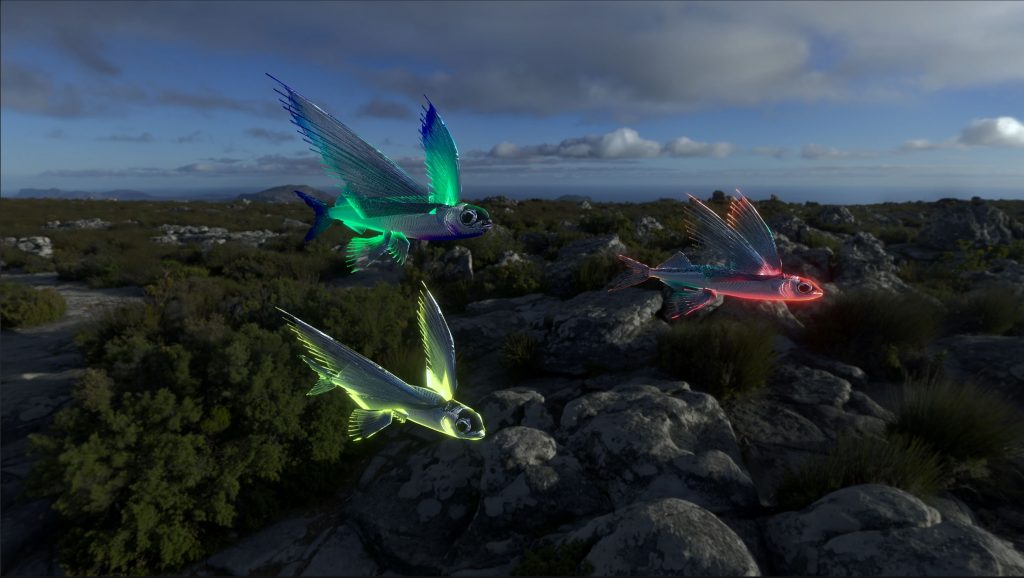 Once again, I wanted to bring both of this week’s prompts into one scene. For this project, I modelled a flying fish in Blender and created a neon-inspired ghost/hologram-like shader that also animates the fish to swim (I may want to use the same model for my final but with custom textures instead of a stock illustration).

I manipulated the main texture illustration by converting it into a normal map through Unity’s “Normal from Texture” node and blended it with a scale texture normal map. Rather than creating a mask in photoshop or illustrator to prevent the fins from also being covered in scales, I decided to create a mask in the Shader Graph by multiplying a rectangle shape node with a colour masked fish texture. I also used a colour mask to manipulate and animate the transparency of the fins while preserving the opacity of the body.

For the glow and emissive colour shifting, I used a Fresnel node to create a ring/edge lighting effect on the model as well as animated a Twirl node to get the colour shifts.

I also, followed a tutorial by DitzelGames on Youtube,  “Animations with Unity Shader Graph – Fish”, to create a simple swimming animation for the flying fish through vertex displacement.

Finally, with so many working pieces I split the main shader into two sub shaders, one for the vertex displacement and another for the ring lighting, in order to organize the main shader.

In terms of post-processing effects, I added bloom, tweaked the balance of shadows, mid-tones, and highlight, and tinted the white balance temperature to cool to make the rendered image and skybox darker to make the bloom and emission effects on the flying fish stand out.

In the future, I would like to add some flying animations to the fish’s “wings” to really sell the flying  (or gliding) through the sky effect).