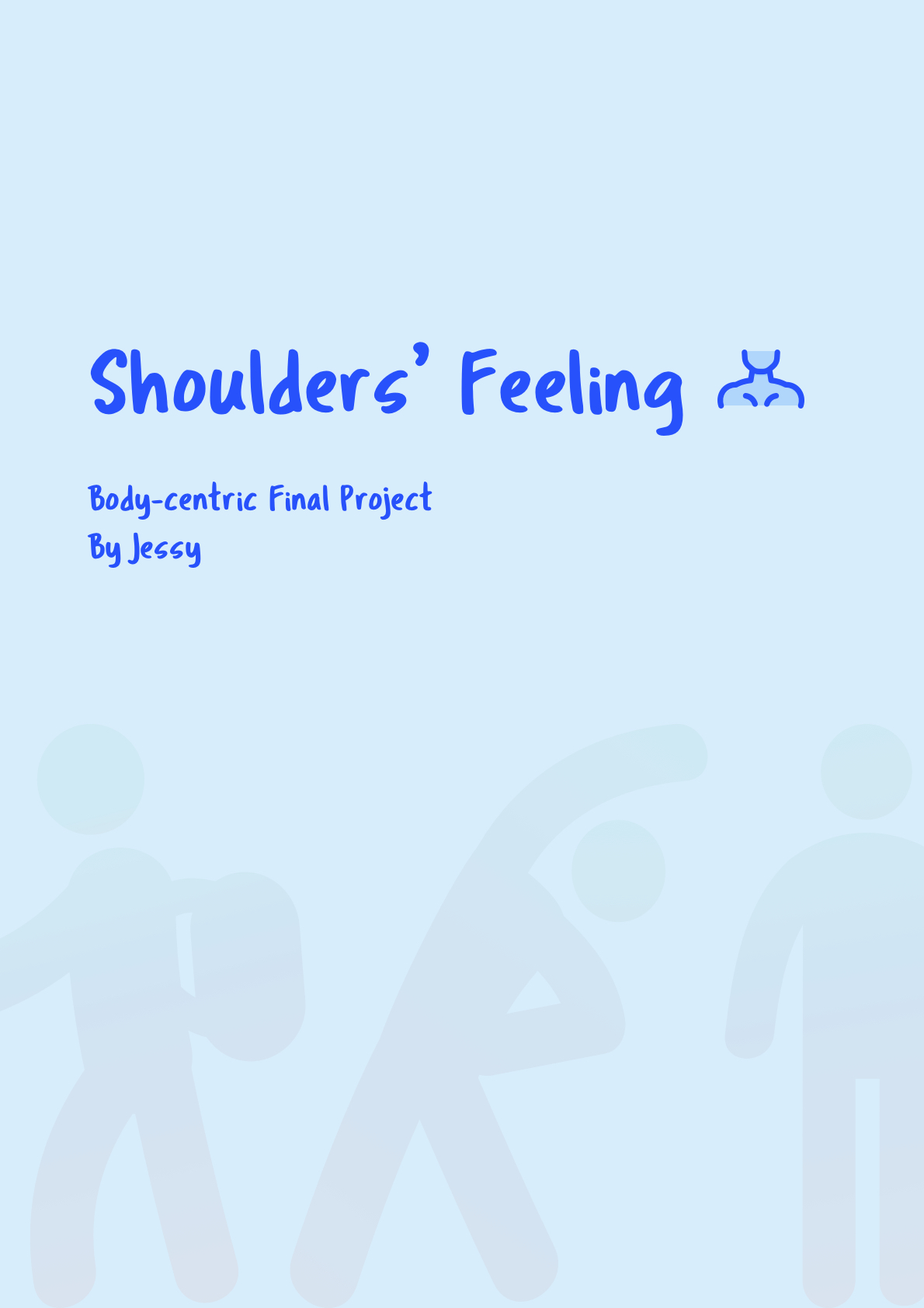 The main object of this prototype is to demonstrate an invisible sense that we perceive from the surroundings. The visible sense can be measured by and presented by two interfaces, which are wearable interface and a digital mobile interface. The wearable interface is based on an ordinary vest and be customized into the one embedded with pressure sensors on shoulders, and  the Arduino broad attached to the back of the vest. The pressure can be sensed when the user carrying a bag on their shoulders and this value will be delivered to a mobile-based interface. In this way, the user know the status change of invisible sense on their shoulders.The pressure values are divided into five intervals, and each of them has been represented by different phrases. The five phases are ‘easy’, ’comfortable’, ‘Ok’, ‘Hard’, ‘Can’t hold’, and each of them will be activated according to the pressure value read by sensors. Our physical body is considered as a non-verbal interface were embedded with a variety of biological sensors to generate the sense. However, people don’t perceive senses the same way, and our brain is selectively selective, these senses may be stored in our mussels, rather than deliver to our brain. In this sense, the external wearable device can help us to perceive the sense when we can read the feedback on the digital interface. 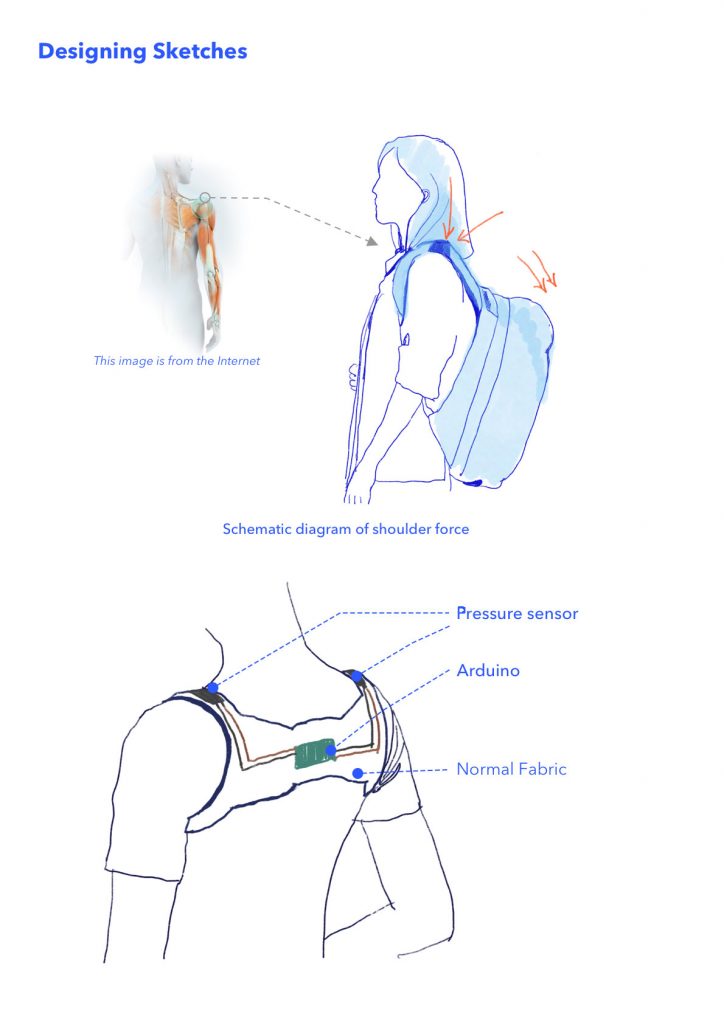 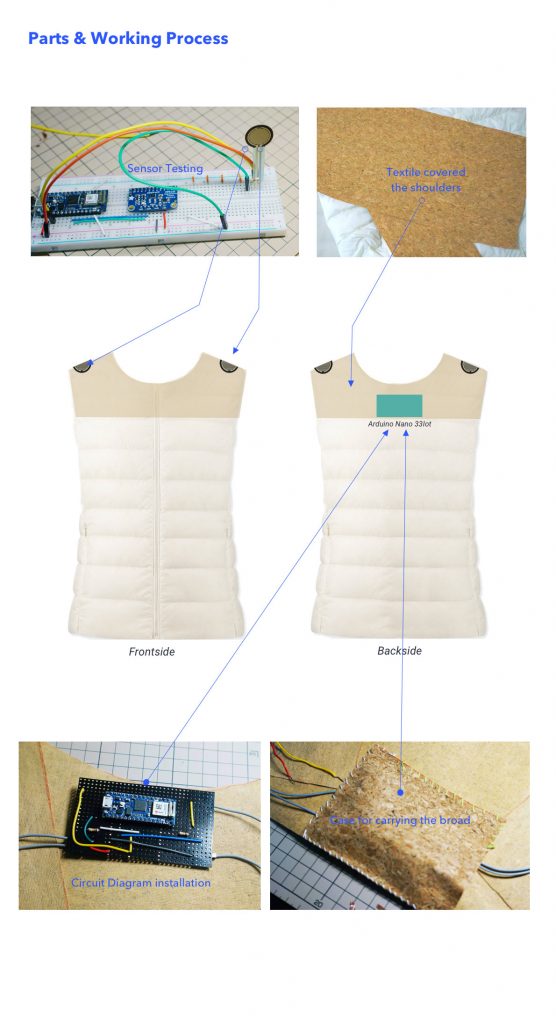 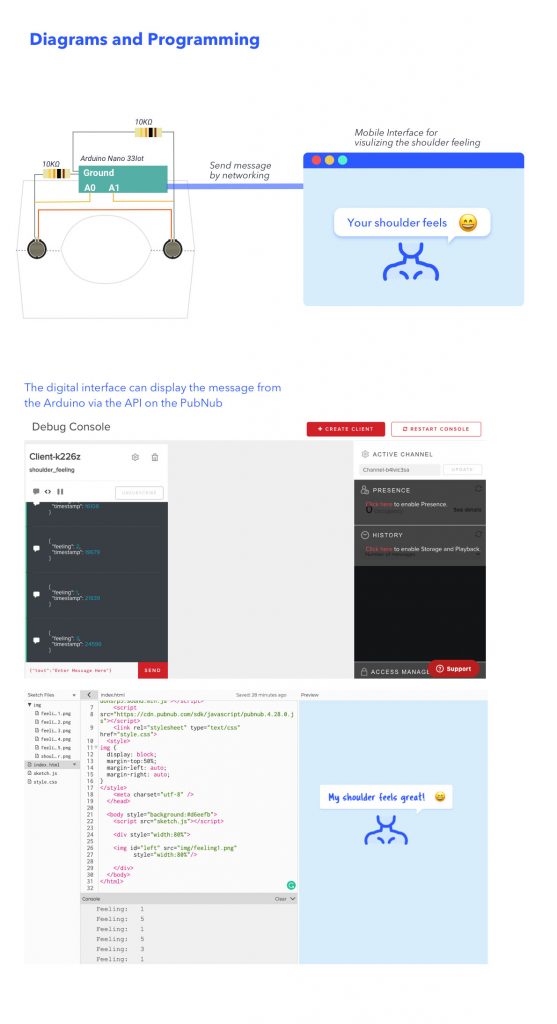 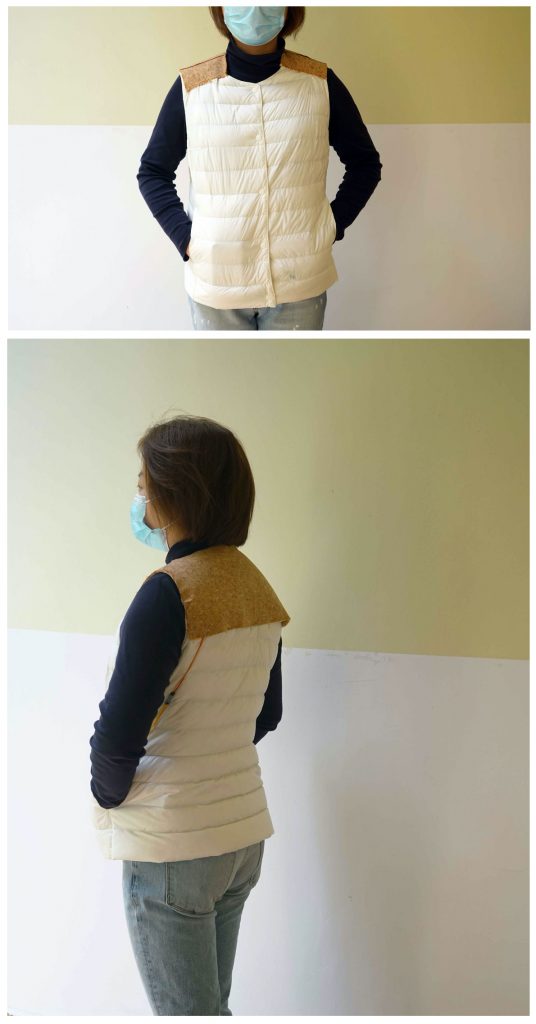 We generally have five senses( vision, hearing, smell, taste, and touch), and our physical body is a non-verbal interface and it offers a diagnostic interface rich with vital biological signals from the inner organs, blood vessels, muscles. For example, we could touch a piece of fabric to determine whether it was soft or hard, or on a tactile screen, people can use the gesture or pressing force to control the device. Moreover, there are more subtle senses that most people never really perceive. They are neuron sensors that can sense movement to control balance and the tilt of the head. Specific kinesthetic receptors exist for detecting stretching in muscles and tendons, helping people to keep track of their limbs. Once these sensors receiving the signals, they deliver these signals to the brain then the information will be translated into individual feelings. However, people don’t perceive senses the same way, and our brain is selectively selective. In other words, we are constantly failing to notice things right in front of us or the things that happened to us.

This is a common phenomenon, for example, our shoulders work as the main part to withstand external force when we carrying a bag or backpack. Imagine the scenario that you are carrying a heavy bag in a rush hour, it might easily ignore the tension on your shoulders until arrived at the destination. The time duration may also affect the sense in this process, like in the previous, we may not feel too much pressure on shoulders, and later, the capability for withstanding will decrease. At the same time, other factors may also affect the sense of force, like walking on a flat road or climbing a hill, our shoulders perceive the force of the bag will also be different. In this sense, it is essential to demonstrate the invisible sense with the help of external sensors which can accurately measure the value and deliver the information to a digital interface.

Those wearable devices, like smartwatches or bracelets, work as an external sensor to monitor the user-health condition, like heart rate, blood pressure, sleep quality.

As I concerned, the wearable can detect more information when they can better fit human fit and are closely associated with human interface. The ordinary vest is designed and manufactured based on human figures which means they are closely associated with our physical body. For that reason, I customized an ordinary vest into the wearable facilitated with digital components at the force point of the shoulders. Besides, e-textile and fabric-based wearable can also work more efficiently to detect the stretching in muscles and tendons and they can work as a highly flexible sensor to help people sense the physical change more easily without awareness like a bandage.

In the process of exploring the wearable interface, the following projects inspired me a lot, especially for customizing the non-functional fabrics into variable material which provides me lots of detailed solutions for further experiments.

The polySense：It applies a chemical process called in-situ polymerization to custom the ordinary non-functional material into sorts of e-textile material which sensing pressure, stretch, humidity, temperature, capability. One of the demonstrated examples is CCC leggings, the conductive undergarment at the knee can be used to measure the resistance changes so that reflecting the knee flex movements. Comparing with the wearable accessories like a watch or bracelet, the cloth can be closely associated with our physical body, which can constantly detect more subtle actions, like the forces on the joints and muscles which are invisible to people.

Divergence：It provides me another perspective to think about the context when taking the human body as an interface.  Literally, the interface is considered as a layer that provides users to communicate with the system, in a physical scenario, our body is a non-verbal communication interface that helps people to detect the signals from the surroundings, however, nature is filled with lots of ecologies which is beyond our human abilities. And this project proposes the creation of a wearable EMF detector that provides the human body with the ability to feel and hear the electrically and magnetically charged particles that propagate around us in the form of waves. These signals are also difficult to feel and detected by our biological sensors, so this project applied a fabric-based sensor to sense the invisible information from the environment.

eTextile matrix sensor ：This is an open-source project created by Maurin Donneaud, who specialized in interaction design and physical computing. He has put a lot of work into making a large flexible touch-sensitive cloth. It features 30cm by 30 cm sensitivity that allows multi-touch sensing and pressure topographic analysis. It made out of conductive textile shaped in rows and columns and a layer of piezoresistive fabric and easy to use. From my perspective, this eTextile is easy to integrate with non-functional fabrics and will be more wearable when applied in practical use.

In the first stage, the challenge was on how to choose a propriety sensor that can read the force accurately. My prior plan was to use a ‘sandwich structured’ pad to reflect the force by a variable resistance. Using graphite pigments to transform ordinary sponges into conductive materials with variable resistance, however, the testing experiments showed that the pad is not stable in generating the signal after being pressed for a while, as the customized sponge could not generate significant analog value when it was squeezed for a long time without deformation. It is less reliable for practical use, especially for long time testing. Fortunately, I was inspired a lot by the projects above, especially the eTextile matrix sensor. Although there are still uncertainties in the experiment of making this fabric sensor, this solution is significant for improving the user experience in the wearable interface.

For this version, the digital interface was developed by P5.js and the way of sending messages over wifi is also limited its mobility. But I think the combination of the wearable interface with the mobile-based interface is a great start for designing the wearable. Most digital devices, they need cloud storage to store user information to support the further design of the product. And my solution of using the mobile-based interface is another sub-storage for storing the user history. In this sense, the mobile phone will not only work for presenting the information, but also for restoring our information.

Further exploration will improve the user interaction from both the wearable interface and the digital interface. The first part is to improve the mobility and flexibility of the physical interface, and the second is to provide users more feedbacks on a digital interface, like solutions for dealing with shoulder pain. The detailed steps are as followed: