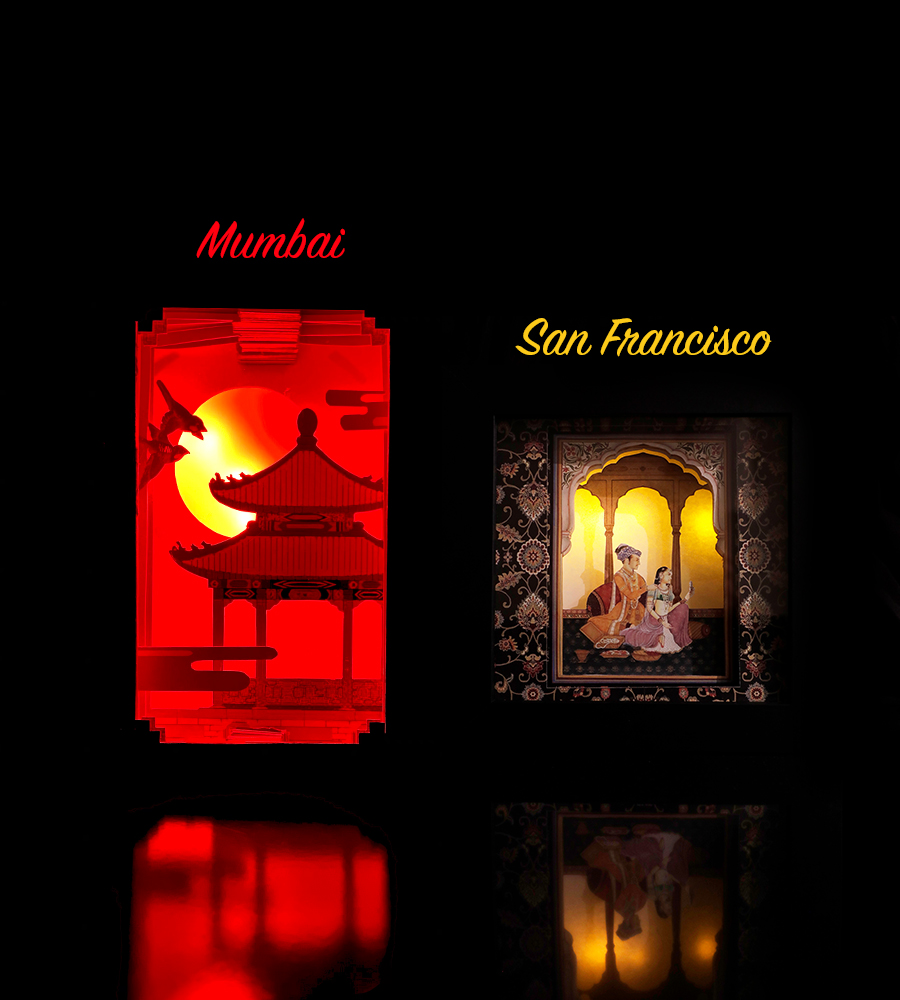 Our project Goodnight & Good Morning is inspired by conversations me & Grace have had over our past remote fall semester. Each time we conversed, we began with asking each other the time and whether the other person was awake in order to have discussions on our projects. Regardless of all the technology we have the answer to this question didn’t come to us in an obvious way. So we took this project as an opportunity to design an object that would not only aesthetically fit itself in our space, but also visually represent day and night of our two cities across the world. Our daylight clocks take the form of  a Shadow box, where each box consists of a single graphic broken down into multiple layers with a light source behind creating shadows. We further wished to introduce a piece of culture in one another’s space and so we each designed the visuals to the other person’s Shadow box. Grace’s shadow box uses a Mughal painting designed by me and mine to represent Chinese architecture that Grace grew up around. 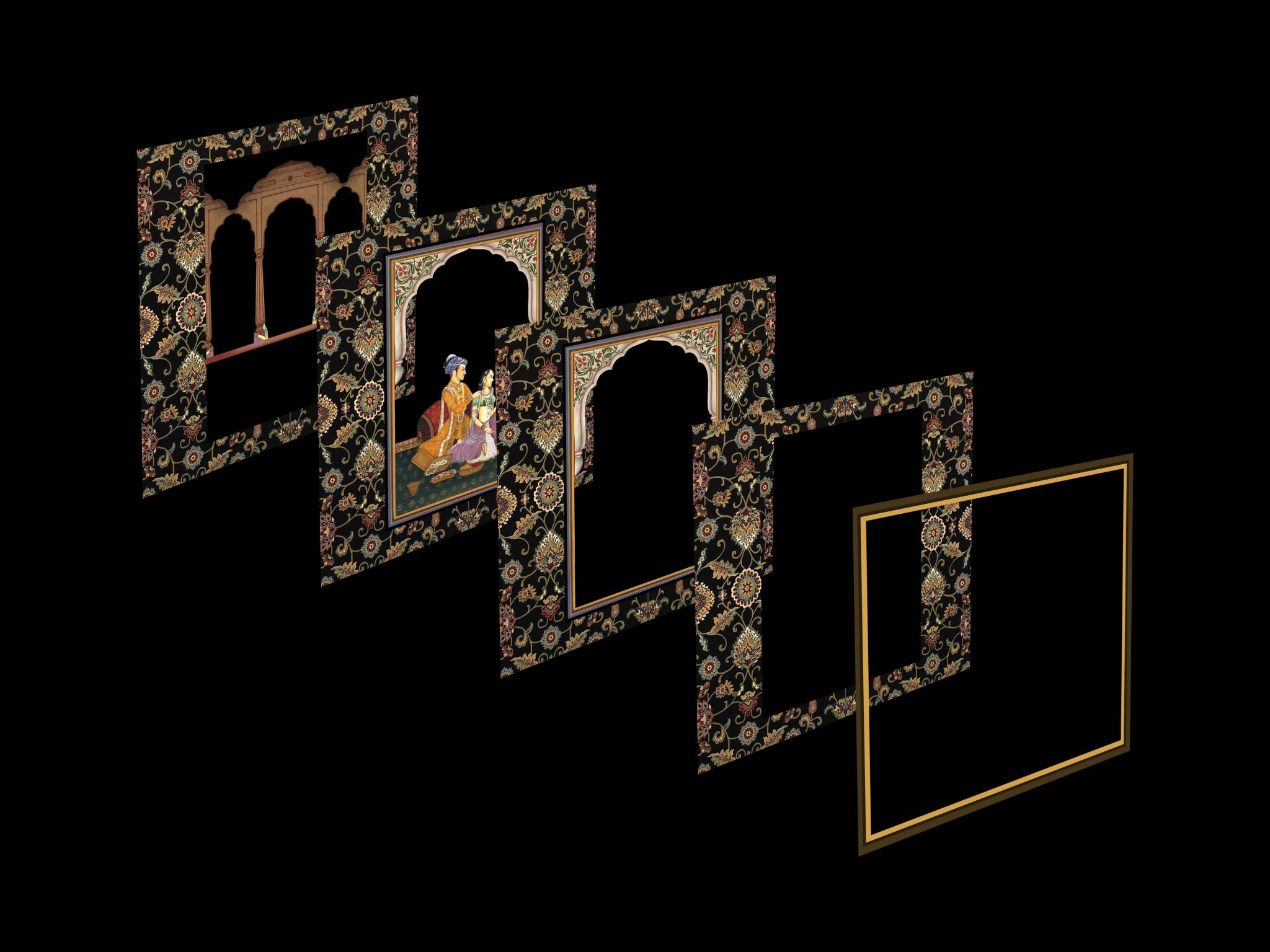 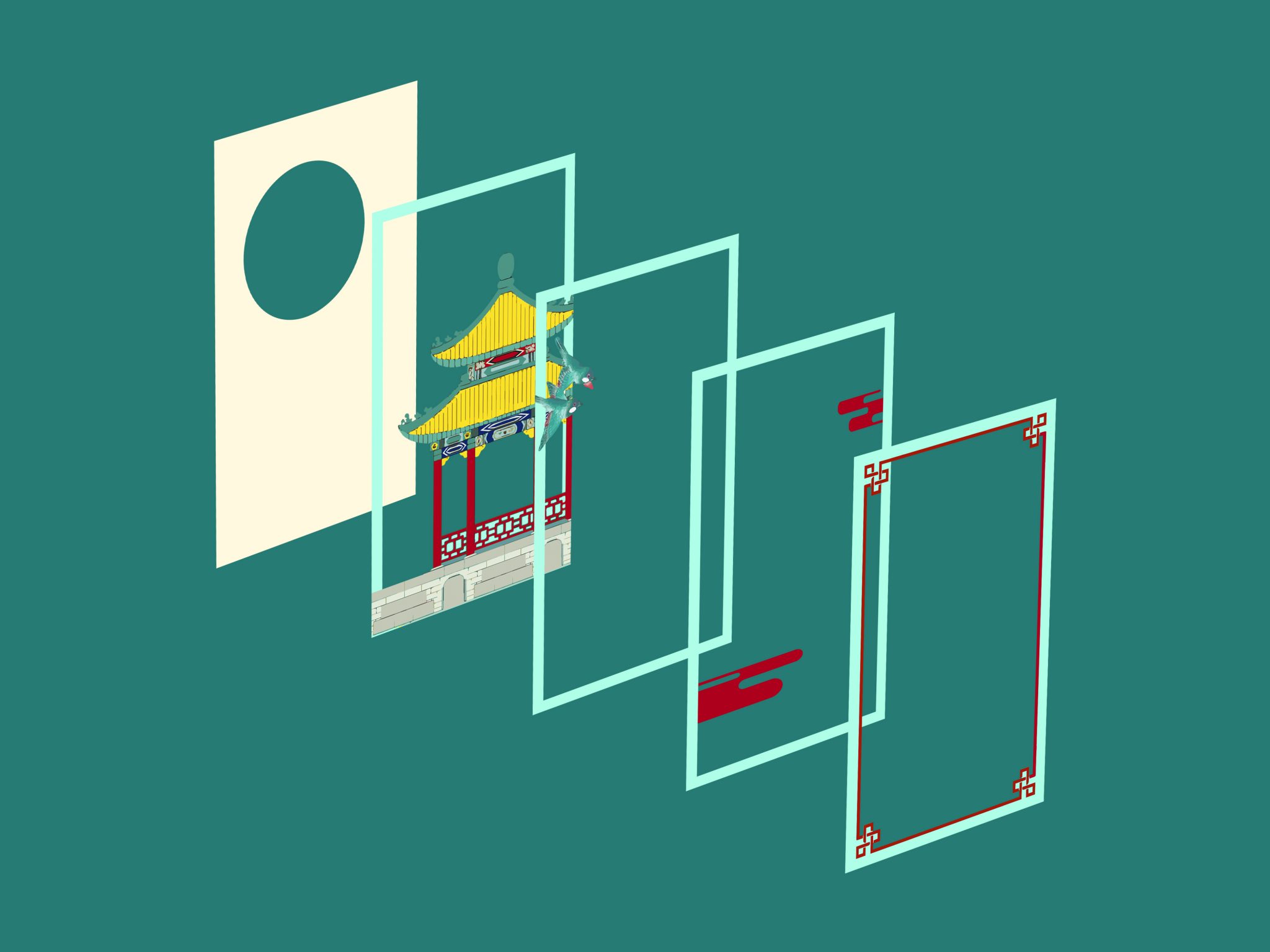 As the sun rises in Mumbai (India) and sets in San Francisco (U.S.A), Grace’s Shadow Box light brightens and is completely illuminated during her night. The same action would occur the other way around with my Shadow Box coming on as the sun rose in California. This would help remind each whether it was day or night and when would be a good time to reach out.

With the help of an LDR(light dependent resistor) we are able to log the light intensity values in our environments and translate them into increasing and decreasing brightness of the LED’s. To also make the light values accurate, we performed an exercise documenting each other’s light levels so we could accordingly set our sensor ranges to react. We would further like to build this concept to include a sound input and that would help tap into the other senses and help send more detailed messages. 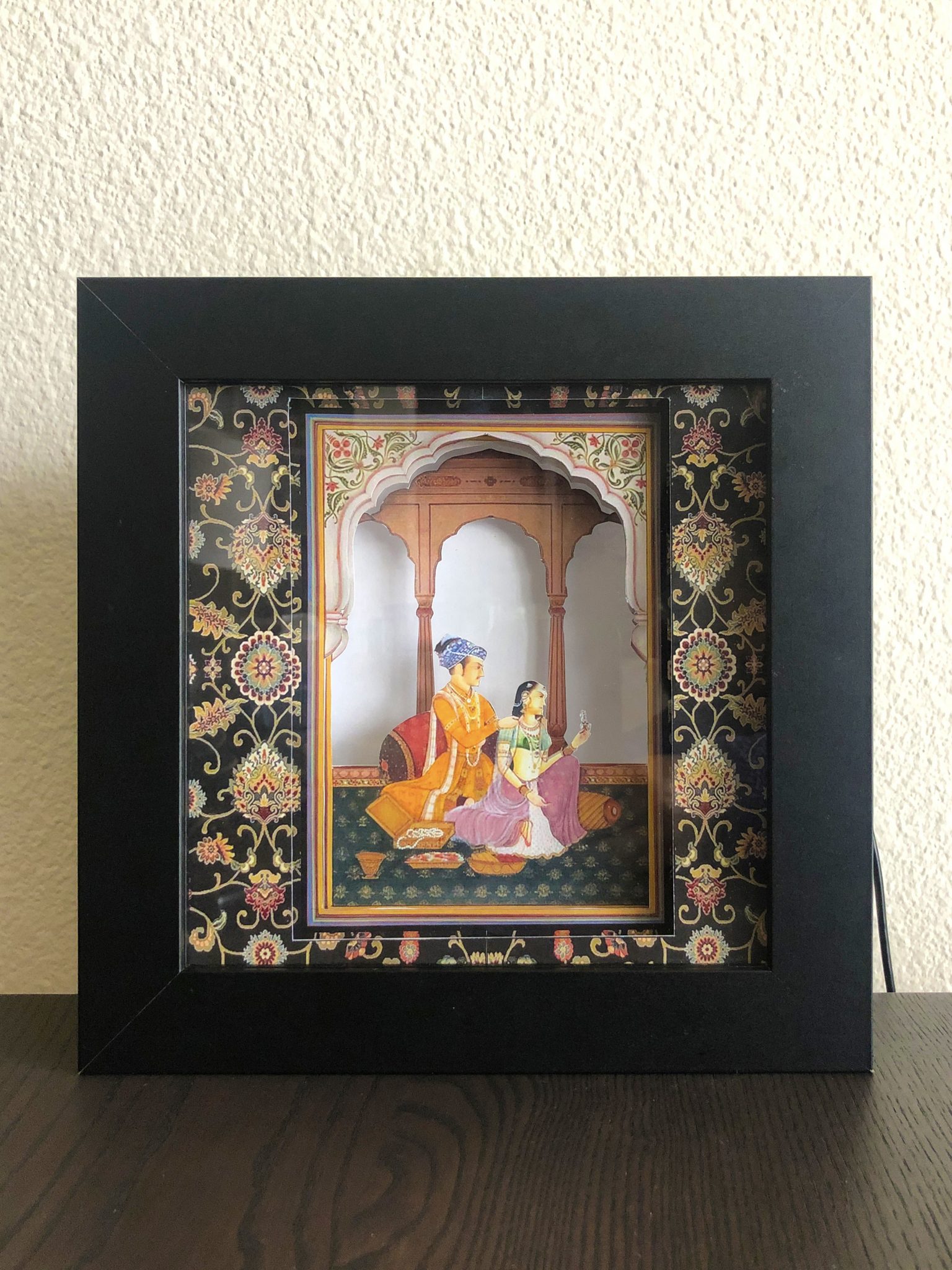 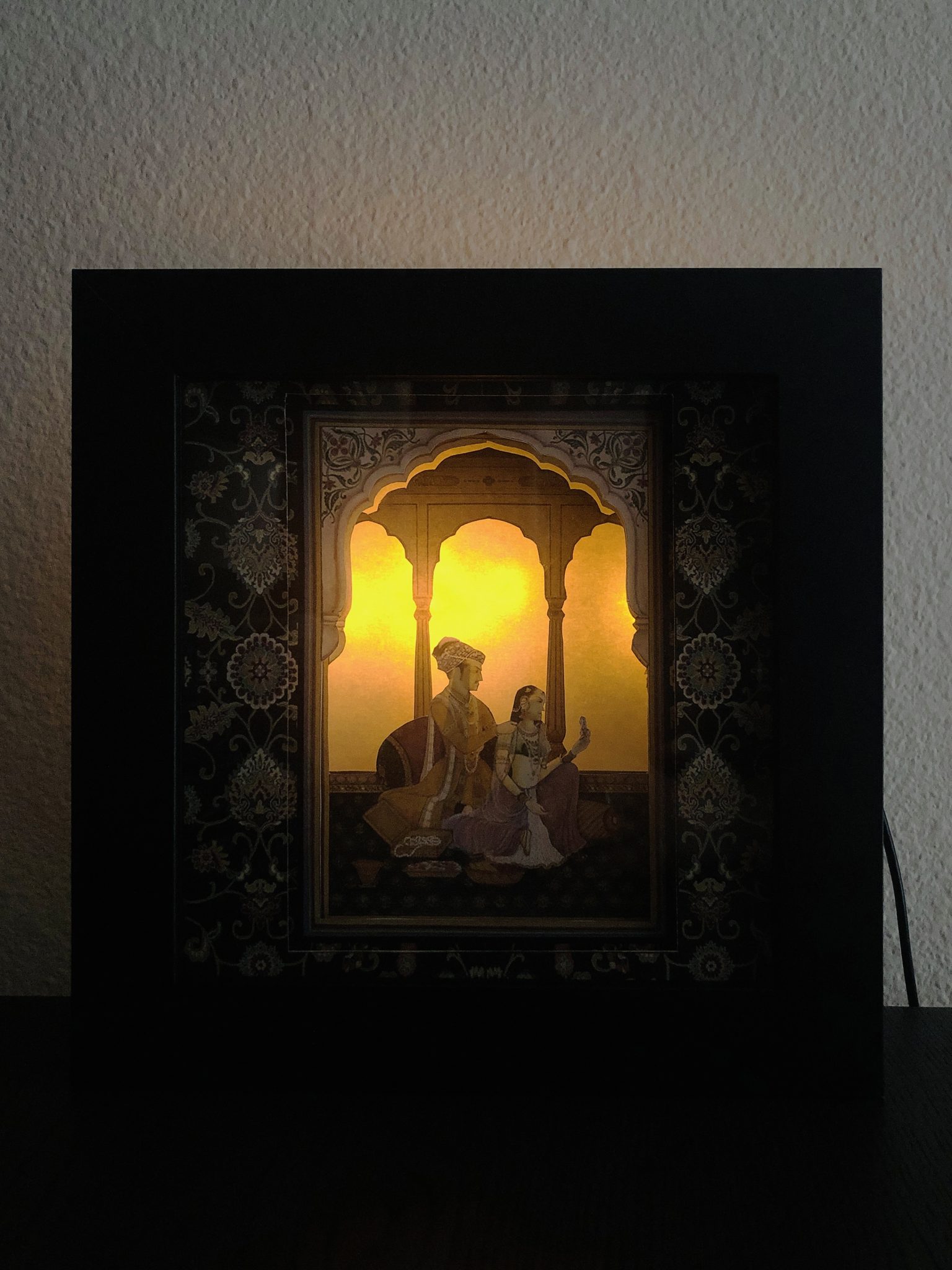 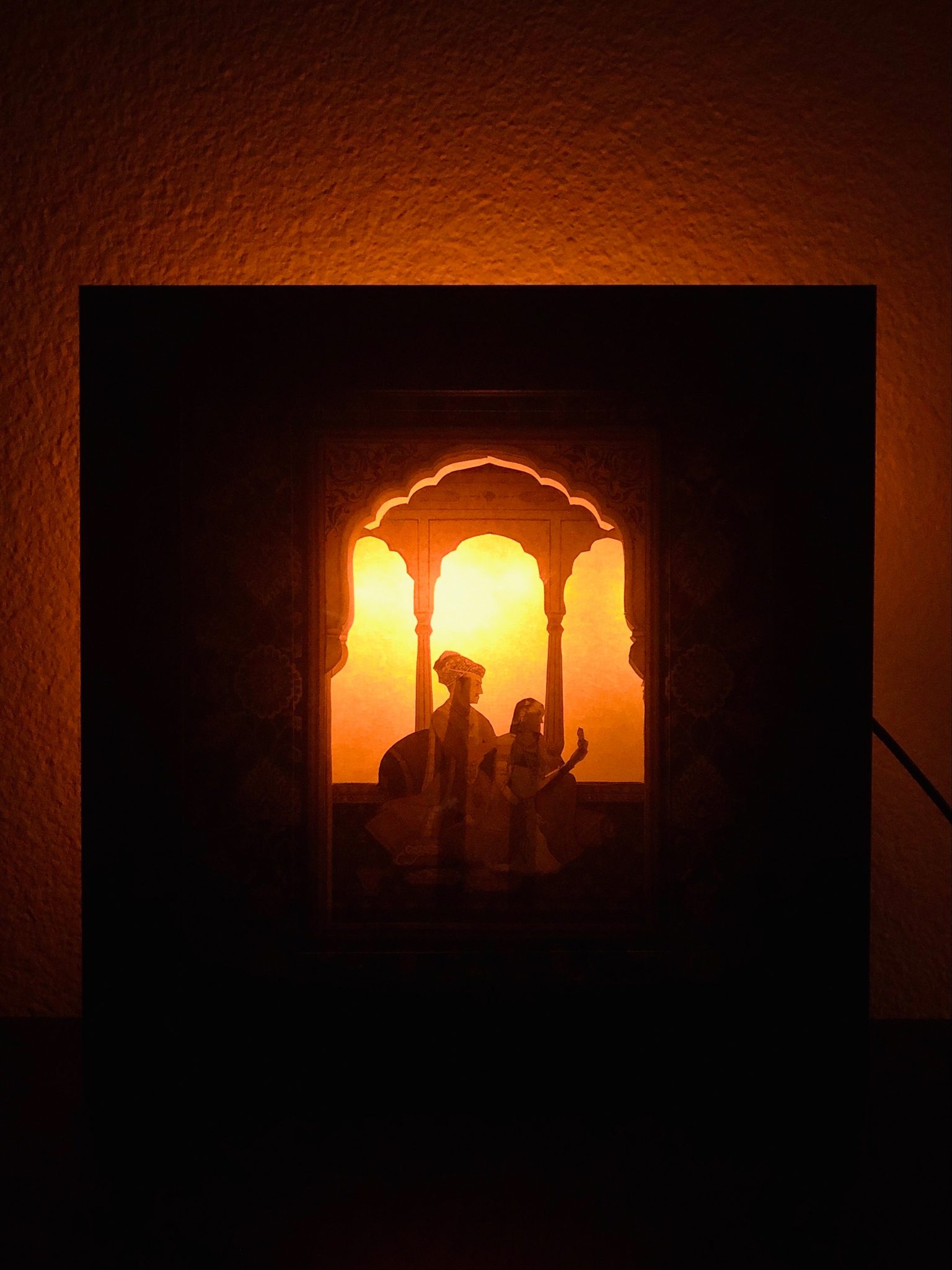 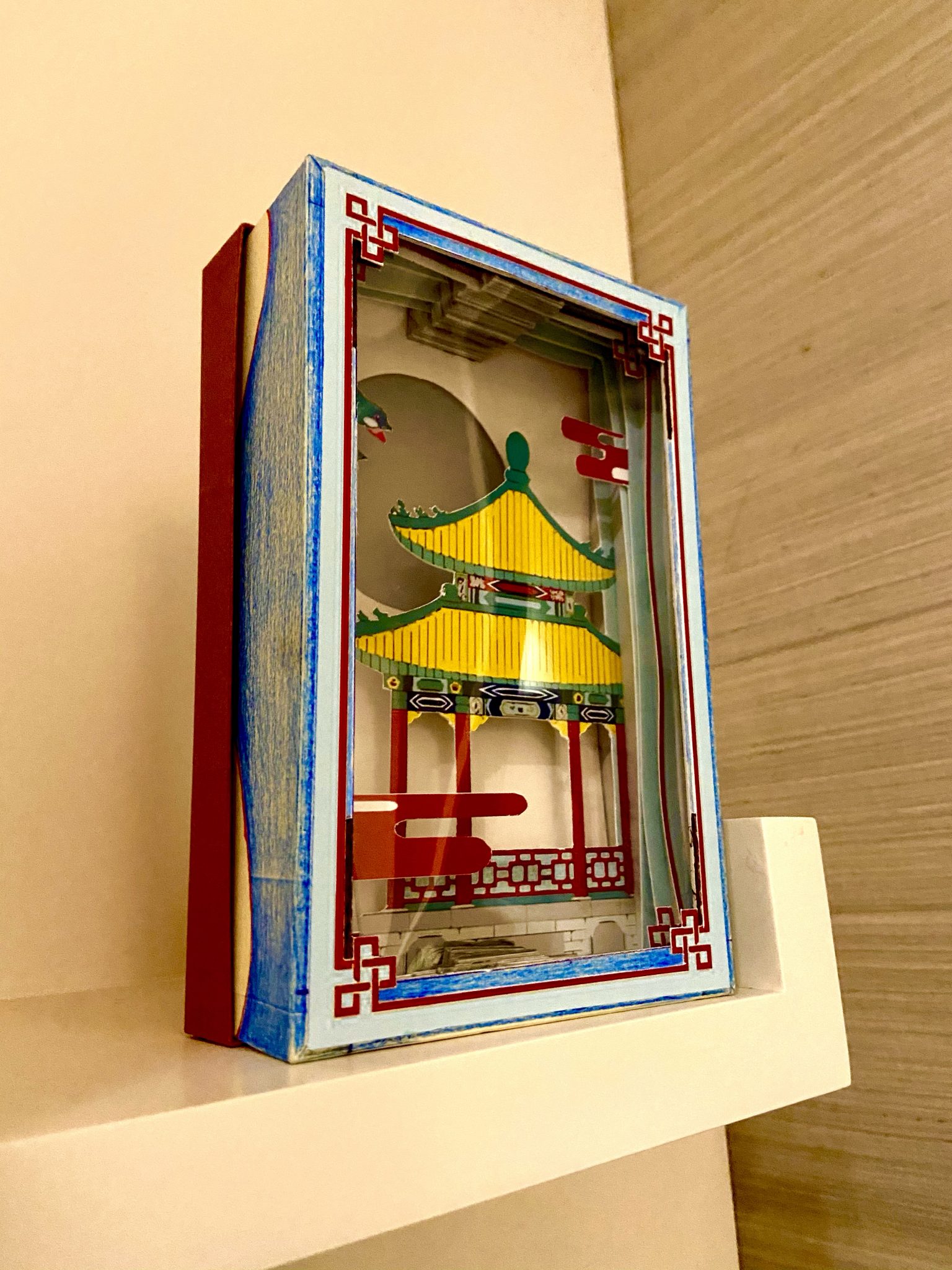 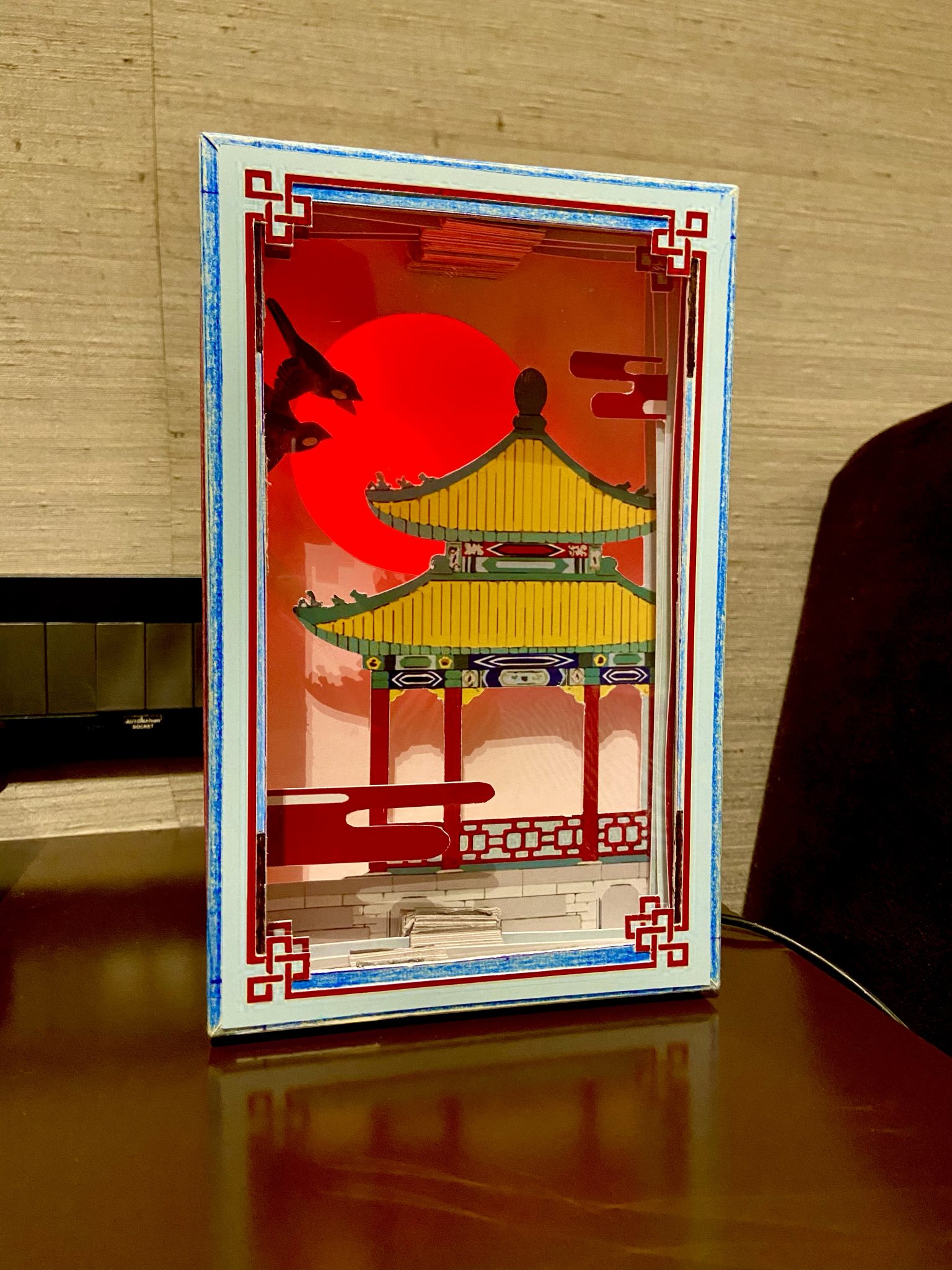 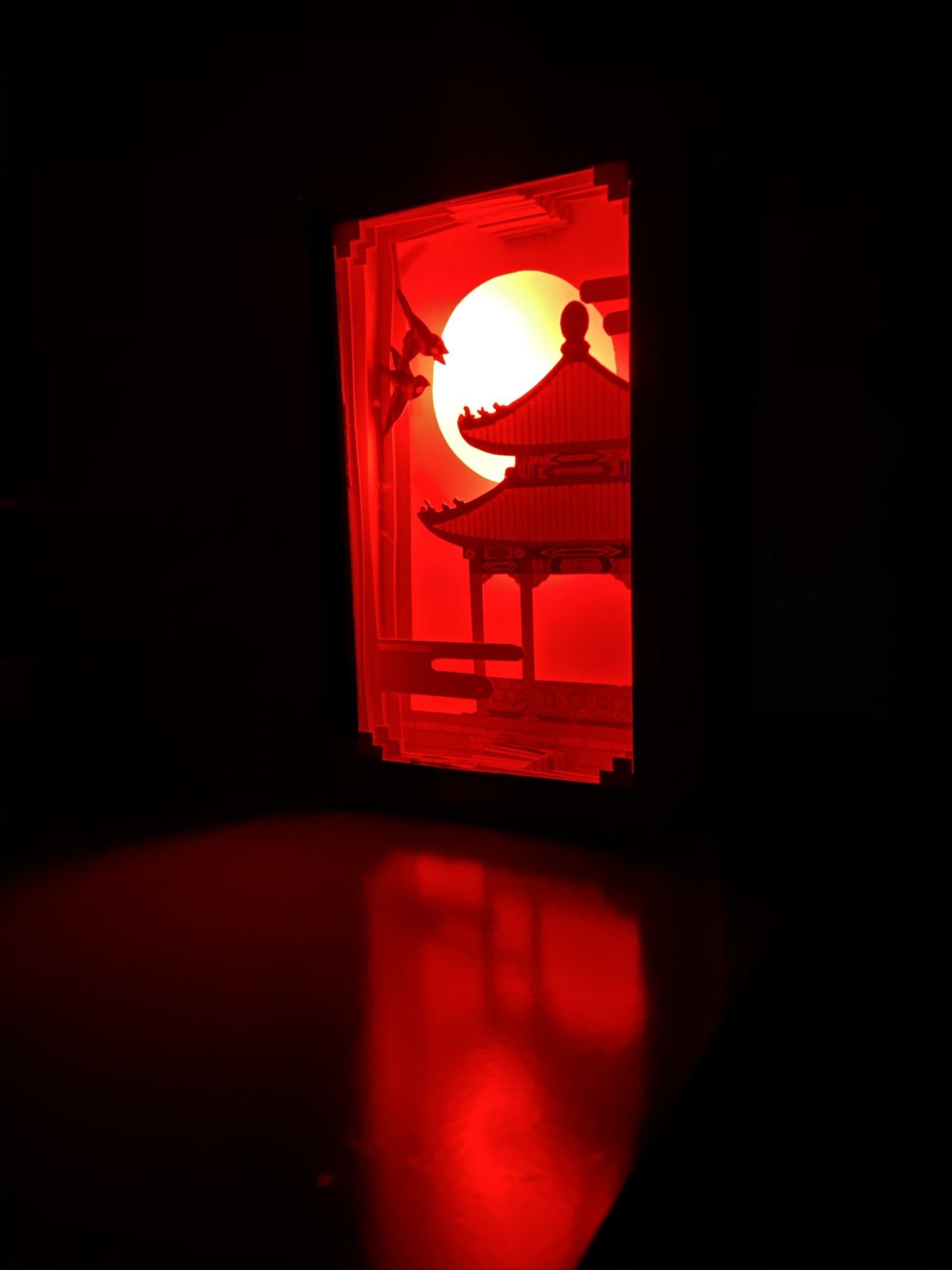 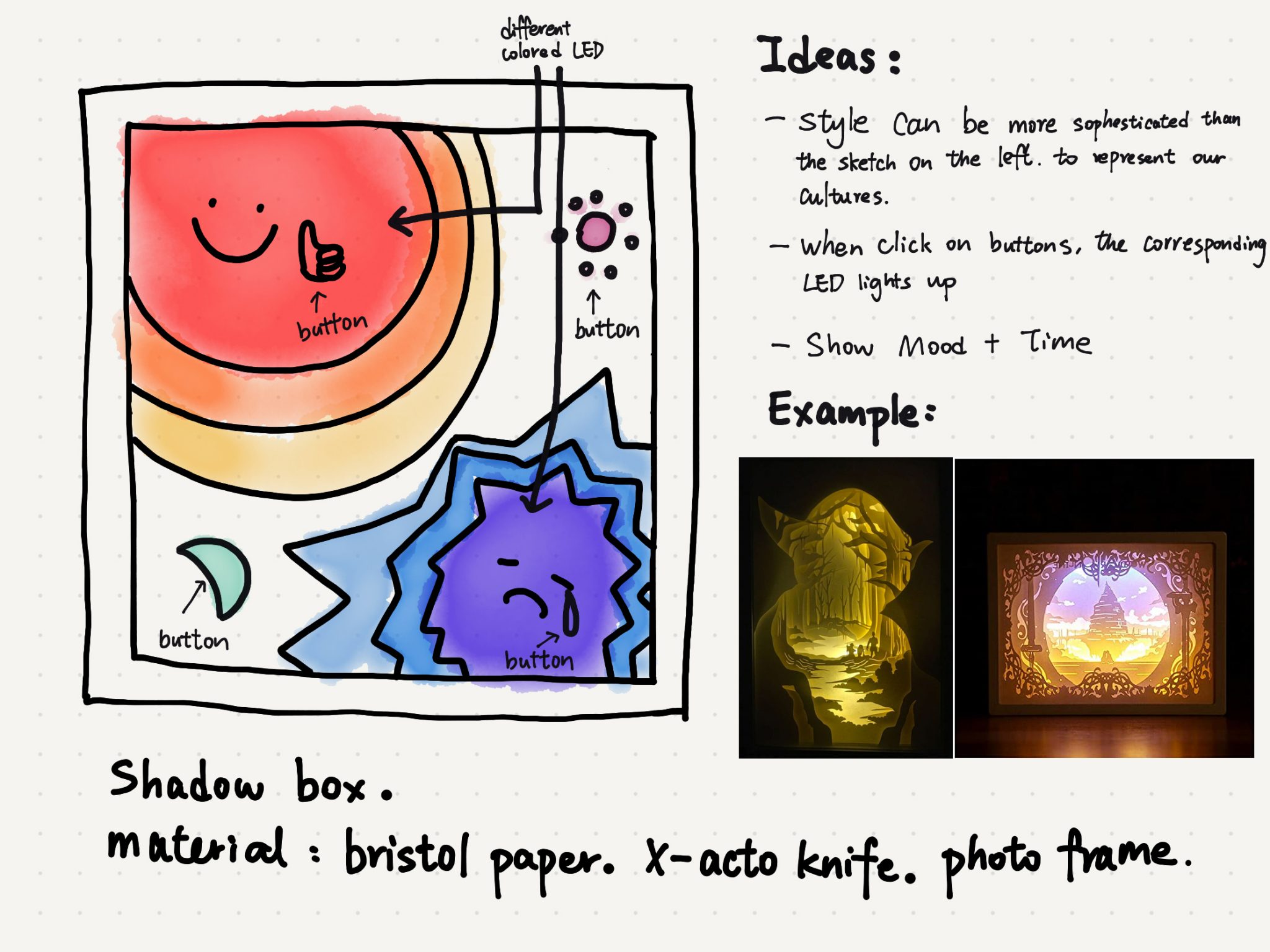 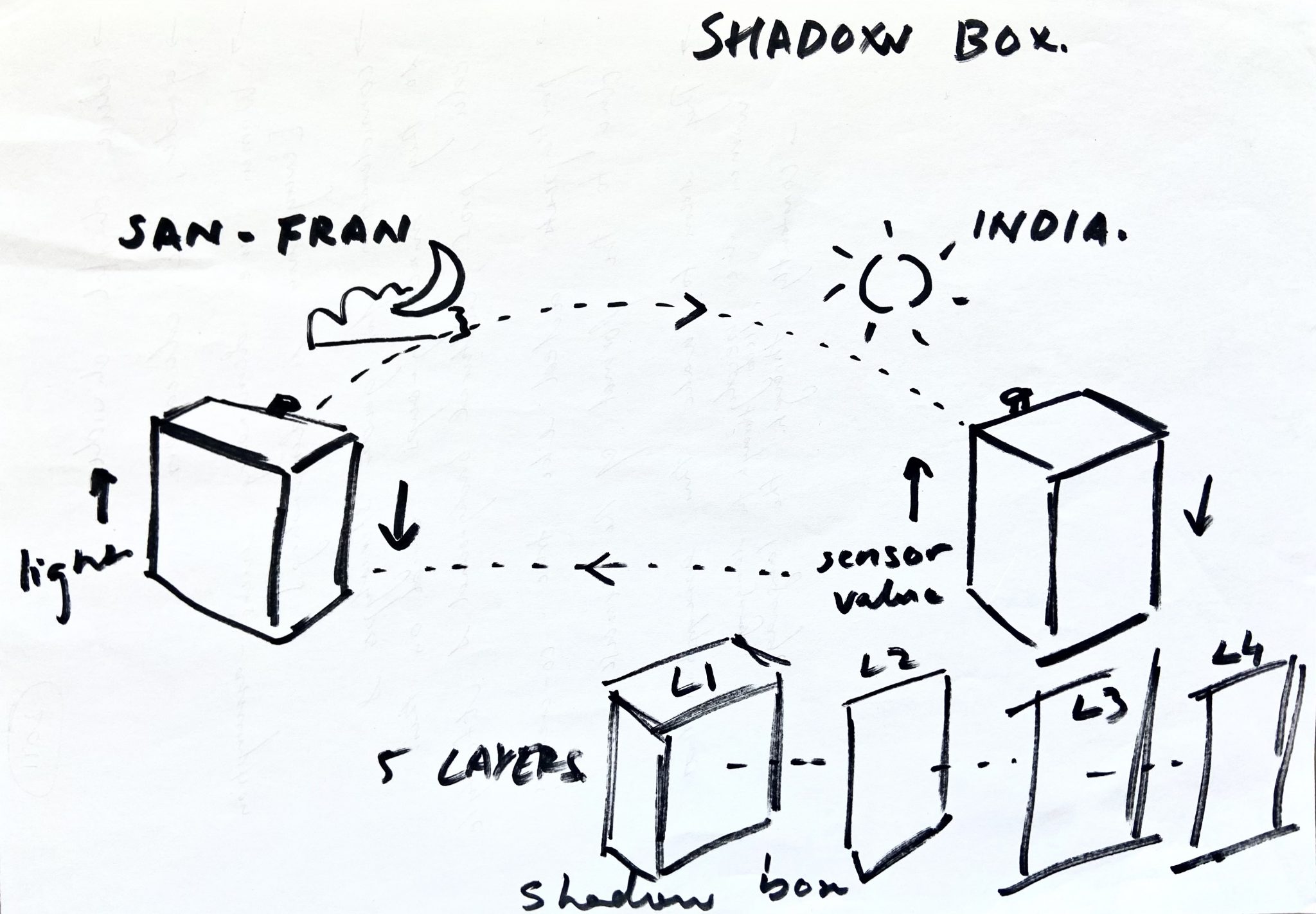 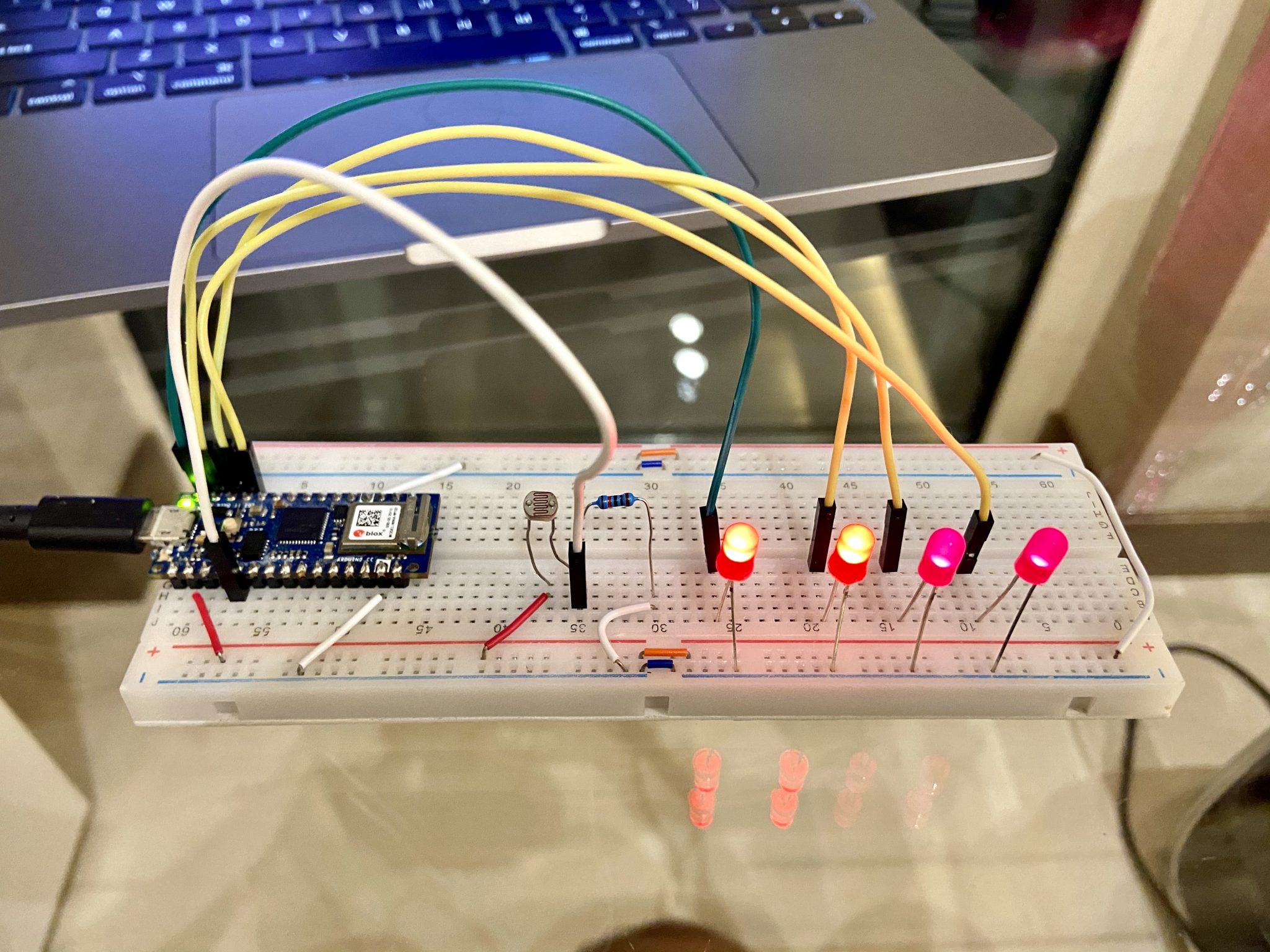 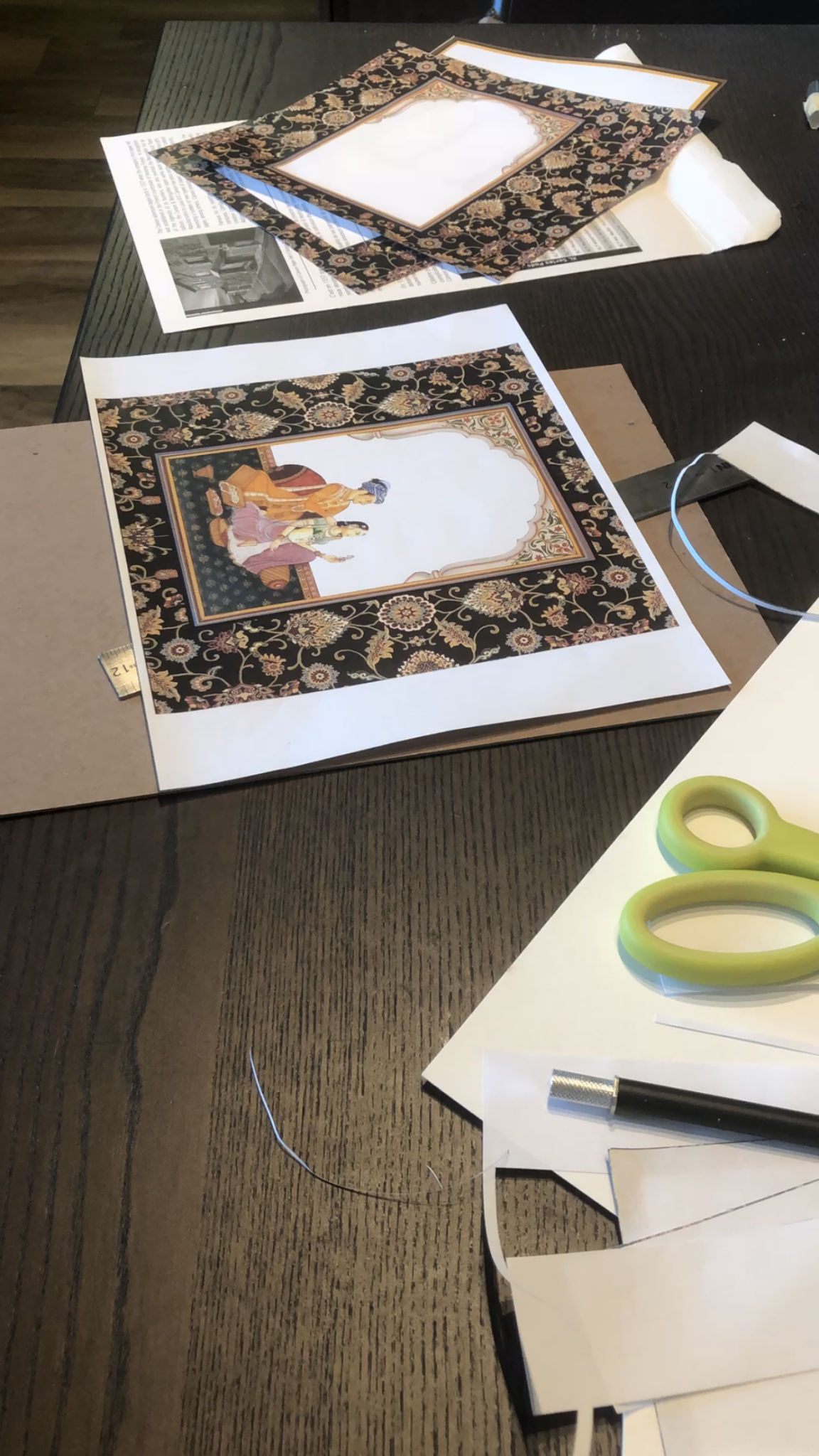 4. First glimpse of prototype coming together 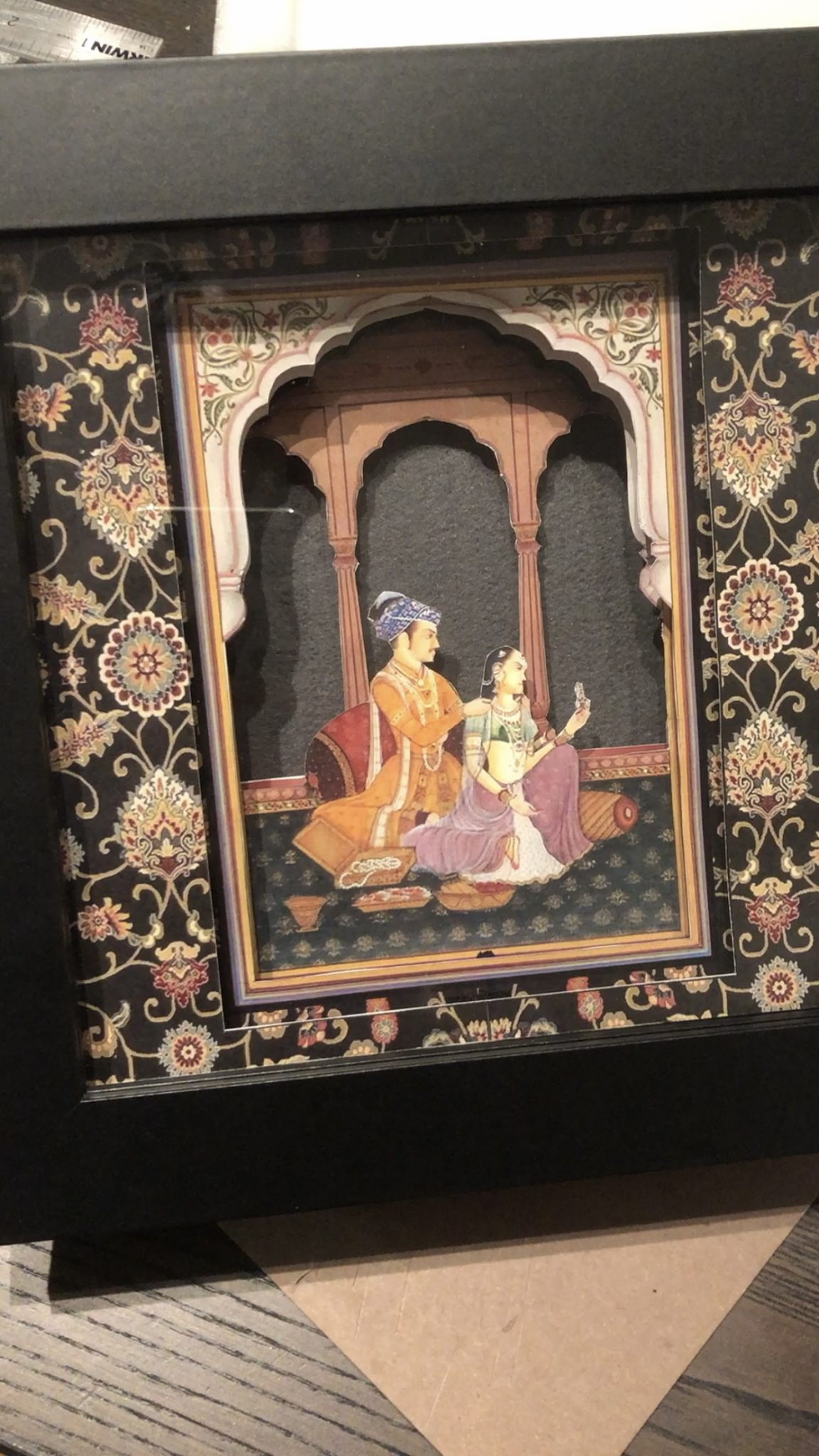 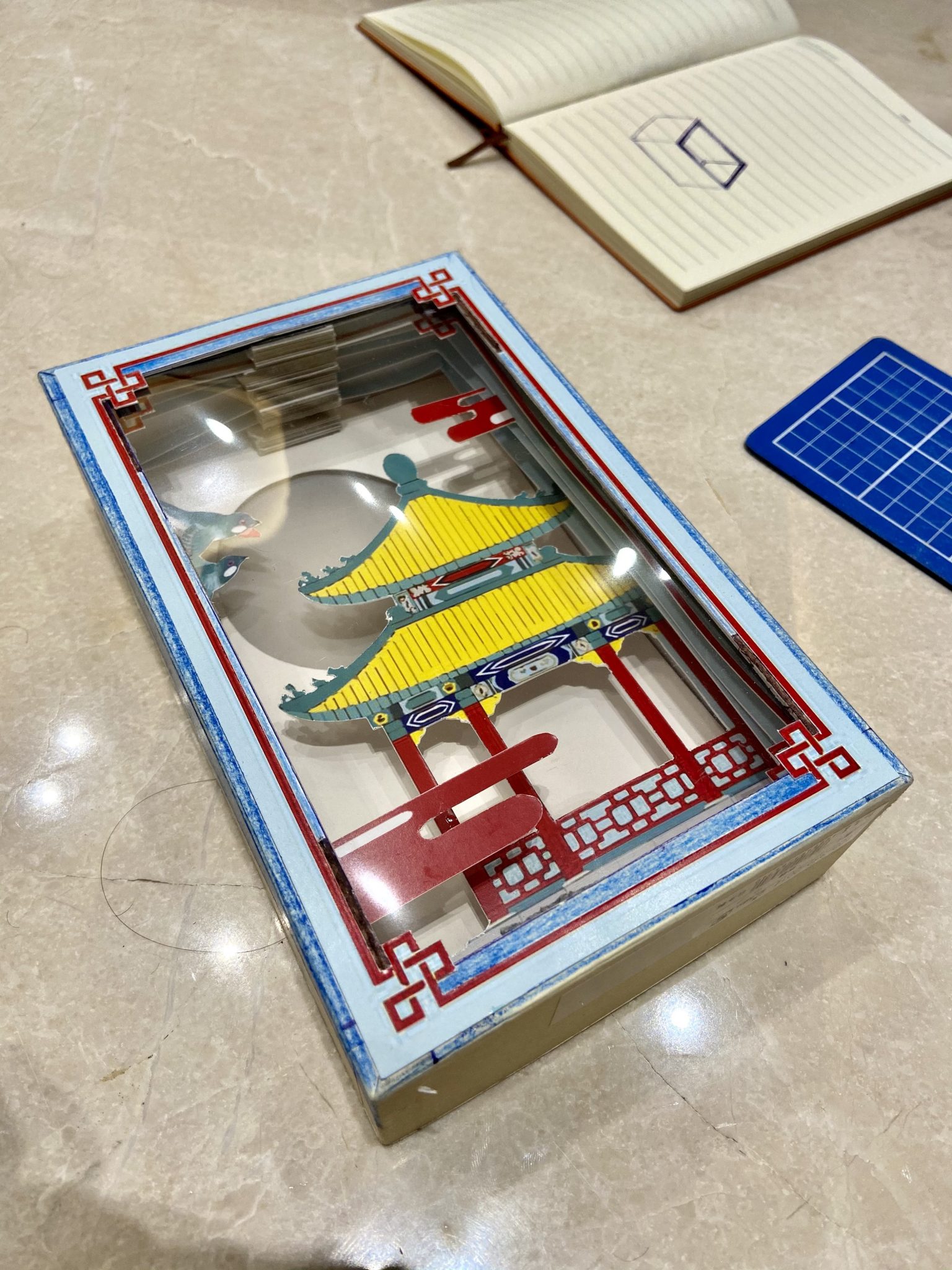 Link to the Arduino code hosted on Github 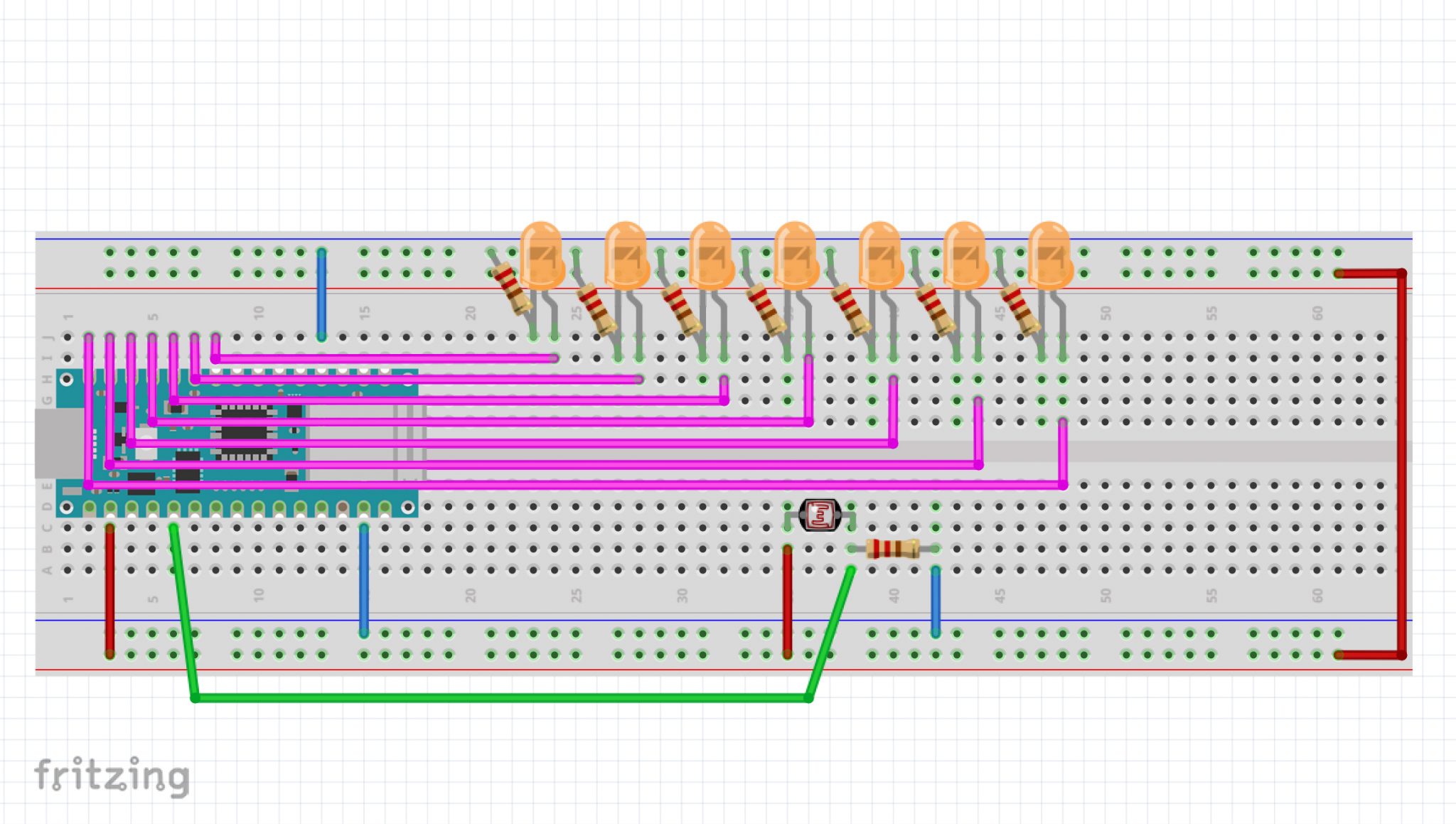 “What time is it over there?” While working with our teammates located at different parts of the earth, we keep asking each other this one particular question over and over again.

Since the Covid-19 pandemic, remote working has become “the new normal” and it’s common for people to work with someone who sits in another city, another timezone, and experiencing an opposite time of the day. The idea of informing one another of our local time intrigues us. As we explored the concept around time and daylight, one of the related works, Patch of Sky showed us the great potential of visualizing real-time information with the ambient approach. Patch of Sky is an interactive lamp, displaying colored light animation in response to the current Facebook location weather. It was developed with Arduino and BERGCloud, to bring the sky and nature into the interior and personal space. Reflecting on our project, by visualizing the time with the brightness of LEDs, we are creating a sense of companion in real time. The ambient light indicates both the daylight and the presence of the other person, offering a sense of warmth with the colored lights. When one person is asleep or turns off the light, the LEDs on the partner device also turn off as the person is not around.

Coming to the form of the design, we want to tell a story through the device, to represent our own cultures and ourselves. In our vision, the device should also be a nice-looking object that we would love to keep and use to decorate our homes. The American Surrealist Artist Joseph Cornell is well-known for his interactive shadow box art. His shadow box artworks combine Constructivism and Surrealism with the juxtaposition of found objects and photographs. The particular structure of the shadow box inspired us, as it often integrates illustrations and storytellings with sophisticated details. The layering technique not only sets off the smooth visual effect of the LED lights but also adds depth and playfulness to the design. We studied a variety of paper-cut shadow boxes and decided to customize the shadow box designs. By creating a set of illustrated frames for each other, and making the device to represent one another, we learned about the Indian and Chinese cultures and opened up conversations throughout the process. Every time we look at the box, we not only read the time of the day across the devices but also understand the identity and message communicated through the design. It was a meaningful and joyful experience that involves bonding, laughter, stories, making, crafting, and a lot more. The journey of building the device becomes part of the final product, leaving us an embodiment of our partnership.

For our next step, we would like to share the resources and provide instructions to the public, to let people create their own communicating Goodnight and Good-Morning boxes. Thanks to the nature of the paper-cut shadow box, anyone who has access to the materials should be able to make their own and even customize the design based on their cultures, their stories, and the message they want to communicate. It’s suitable for friends, families, couples and any pair of persons who care about each other.