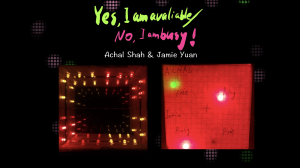 Yes, I am available. No, I am busy, is a small message box which sends and receives data in the form of blinking led’s between different participants. Leds work as a source of message, where the messages are pre assigned unanimously by the participants. The experiment uses the PubNub channel to send/receive messages, microprocessor Arduino Nano33 iot acts as brains which takes in the data from the sensor and it’s own channel and shares it through Wifi to real time communication platform and the interaction is based on the Adafruit MDR121 Touch sensor. All of them combined manipulates the on/off state of the leds when pressed.

The concept works in a way that a box is made by both the participants where inside it are 4 leds: two red and two yellow/green leds(Whichever was available locally and easily). These 4 leds are divided into 2 parts, each part for each participant – 2. For both the participants red led describes the message that both of them are busy  and the green led or the yellow stands for the status that they are available. If you want to tell the other person about your current status, just press the certain key from the touch sensor and the data is reflected on to both of the participants’ boxes. From time to time the participants can change their status according to their availability. 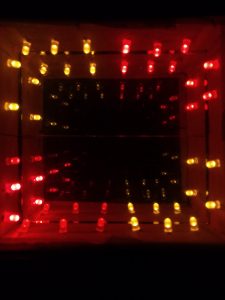 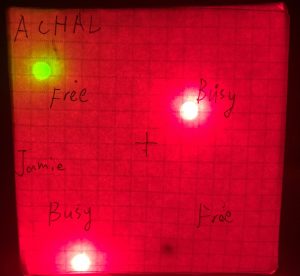 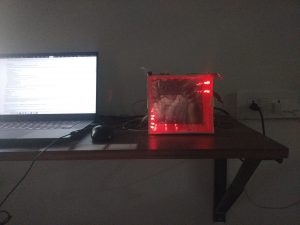 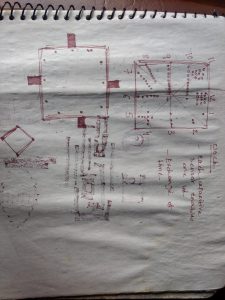 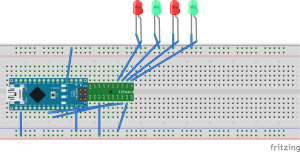 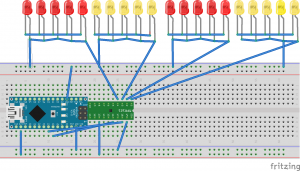 We all have a lot going on right now and adding to it, with us being students we face difficulties in uncertain ways with connecting to our faculties and batch-mates whenever we are in need of any guidance. All of us belongs from so many different time zones that it gets difficult after a point of time to keep a track of what time it would be for that individual at the opposite end and what that person would be doing. Our model for the experiment hints a solution towards that issue. The data we are receiving and sending through a touch button is converted to a physical output of blinking leds which serves the purpose of answering without saying whether that person is available at that time or is busy.  We are using two different colors of leds, where the red led is common for both of us which conveys the message that we are busy till the moment we turn that led off. The other two different leds used are green and yellow which share the same message that they are free/available.

A part of the project is developed from the idea that how we are using the technology around us and in particular messaging applications through those systems. The whole game of sharing, happening in that space works on the method where two or more individuals distant from each other share their current physical and emotional status through their devices which benefits the opposite person to understand more about the others position. To narrow down the context of the example we built a virtual messaging box which lets the users know the status of the availability of the other. Whenever, next time we get together for another project, we don’t have to continuously keep on texting each other and ask at what time they are available and no one has to feel guilty for not being able to make it up for teams meeting.

Just keep the light on!

One of the model made by a participant is inspired by the art works of Iván Navarro. Iván Navarro is a Chilean artist who works with light, mirrors, and glowing glass tubes to craft socially and politically relevant sculptures and installations. The participant believes that Ivan’s work has a sense of echo and is loud at the same moment. The reason to approach his style for the output was because the message box lets you connect to your friends from different time/space and the box visually serves the purpose of un-ending repetitions/echoes, seems like the echo can go to any location you an imagine.

We stumbled upon a weird Virtual Kissing machine, which does what it’s name suggests. Two participants, mostly lovers from different spaces can send kisses to each other over that machine and the haptics inside the machine makes you feel as if the feeling is real.