okay, so.. my final project has changed from my original idea. there are still some things that are the same; i used a box, there are led lights and i used a tilt switch. i couldn’t figure out how to make my original idea work and still have it be interesting. and i knew that since i couldn’t come up with anything, instead of wasting time trying to figure it out i decided to come up with a new idea. i chose to do a “picture light box” because a) i like photography and b) i thought the idea was cool. i have the battery holder secured to the side of the box inside, the switch is then connected and secured onto the battery holder (it was the easiest way to make sure the ’tilt’ effect worked) i then have 7 led lights connected throughout the box. my one main setback with this assignment was one of the lights was burnt out when i first took it out of the package, so my original idea of have 2 picture light boxes turned into 1 picture light box (three lights weren’t enough to light the inside). the wiring of the circuit was easy, it was just the placement of the circuit inside the box that was tough; some lights were shinning towards the picture, causing i bright circle effect on the image, so i had to individually turn and place each light and secure it into place. overall, i know the concept and the design is simple but i learned A LOT from this project, and actually enjoyed making it. if i were to work on this some more and add to it, i now know what to do and how to add it.

here are some pictures of the inside and outside of the final design. 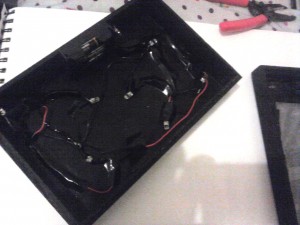 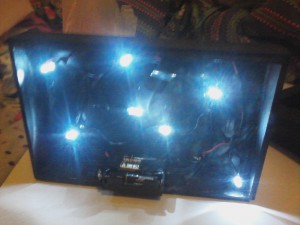 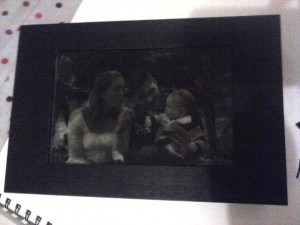 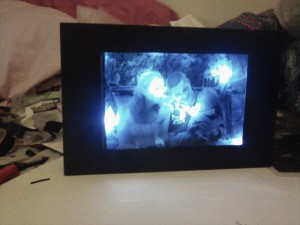