My original concept was to create a film that would echo basic commonalities between people. I wanted to create this sense of similarity as I am fascinated by the idea of familiarity and sameness among people.  I feel like it has become a strong theme in my work.

I was originally going to rely heavily on symbolic imagery, as I did not want to use actors but it should have been clear to me that it may prove difficult to make a film about people without any in it. So that idea was quickly substituted.

As far as the symbolic imagery was concerned, I decided that I’m already quite tired of it, so I explored another avenue as I became interested in the idea of reflections and this concept of an alternative likeness. Out of this notion came my inkblot structure idea; the same film, twice, but opposite. This structure also enables the film to be played on a loop. In fact, the way I had originally imagined this project, was as a video installation with a semi-reflective/semi-translucent backdrop, with this film playing on a loop.

The footage was filmed in two afternoons, both back and forth scenes were shot at the same time to facilitate the camera placement and ensure that the shots would be as similar as possible.

While editing I desaturated all of the footage and slowed everything down to approximately 80 per cent speed. The soundtrack I chose consists of a piece called “The Chill Air” by Brian Eno and Harold Budd. I noticed a funny coincidence after the fact; this track is a part of the album named The Plateau of Mirror.

I believe the mood I captured is close to the one I aimed for; stripped, quiet, alienated, close, sameness.

It can be viewed here.

My initial idea was to create my take on a perpetual motion device; a perpetually eating squirrel… I was drawn to the idea of mechanics and creating a movement with a motor other than the standard circular motion or even the back forth motion of a piston… I wanted to create an articulated movement.

With obviously no experience in engineering or mechanics I set out to make this thing… But I soon figured that the tiny eating motion would be too small. So I went on a tangent and decided to create a tail that could flick like a squirrel tail.

The premise would be to turn a section of rubber tubing into an articulated tail that would bend when a string fixed to one end was pulled down. This was based on the idea of a muscle pulling on bones to create motion.

By fixing this string to a freely turning spool that I MacGyvered with a piece of drinking straw over a piece of wire, the string would not get tangled when the motor would turn around. And by placing the motor perpendicularly, this would have created the pulling motion necessary for the articulated tail to move.

The tail and motor would have been fixed to a based to provide stability and to allow for the torque of the motor to pull the string.

Unfortunately the motor was not powerful enough to actually pull the string. When tension was put on the string, the motor would stop altogether. In theory, I think this would have worked if I had used a stronger motor.

Last Friday I went to Diaz and saw the BGL’s exhibit ‘New Sellutions’… BGL is a Quebec art group that concerns itself mostly with people’s environments and the interaction with it.

For me, this exhibit’s most memorable piece, was in fact the largest, I’m not sure what it was called, but it was an artificial tree constructed out of ply-wood and atop it was a balanced an artificial tree limb covered with artificial leaves.  This branch was slowly being spun around by fans suspended to the ceiling in .  This piece took up most of the central room.

The other pieces I enjoyed were the plexiglass campfires…  The whole idea of bringing this artificial outdoors, indoors was really fascinating to me…

I also saw the Same Same exhibit by Candice Breitz at the Power Plant when it first opened…. My favourite piece was the one that contrasted female and male archetypes in film, specifically the Jack Nicholson one, but maybe that’s just because I’m a fan of his…

For those who are interested, Factum (the piece concerning itself with identical twins) is still on until the 29th. You should check it out, it’s free!

My idea for the final project is to create a video that would effectively echo the most basic commonalities that we possess as human beings.  I would prefer to predominantly use symbolic imagery and limit my use of actors.  I plan to have a ambient musical component; something that complements the imagery. And finally, I would like to incorporate an installation element to act as a backdrop for my video.

By Saturday the 21st – Have a final cohesive idea.

By Wednesday the 25th – Start shooting

By Tuesday the 1st – Finish editing

By Wednesday the 2nd – Finish building projection surface. (if using)

I was inspired by the absurdly fat squirrels that I have been seeing lately around my apartment. I plan on constructing a perpetually feeding squirrel sculpture, whose arms will be constantly bringing a nut to its mouth.

My original idea was to replicate a device I had once seen.  It was a solar powered “perpetual motion” device that consisted of a solar panel which would feed an electrical current to a wire coil, which would somehow propel two suspended magnets back and forth. This would have provided the back and forth motion I’m looking to generate.  After investigating this idea, I still have not figured out how to replicate it.  If I am not able to construct this, I will use an electric motor and a few linkages to create a variation on a piston type device.

Down to the wire!

Who would have guessed that editing was so time-consuming! 😉

I think things worked out alright, considering that this is my second try…

-Don’t pick something that is unrealistically ambitious.

-Don’t get discouraged if things aren’t working out.

-Don’t be too hard on yourself, it’s your very first film after all.

I experienced difficulties executing my original idea… So this is proposal number two.

The film will be in black and white as I had originally planned; to create cohesion.  One of the main differences between my last idea is that this will will be mostly comprised of dialogue, as opposed to silent. There is no score.

The essential story is comprised of the every day events that make up our lives…  The moments between moments.  My goal in this project is to try to create a sense of light familiarity.

I plan to create a linear cinematographic collage, featuring a central story line.

The film will be mainly in black and white with brief moments of coloured filters to emphasize specific moments. The film will contain no conversation. There will be some narration, though I am unsure at this point whether a 1st or 3rd point of view narrative will be most effective. The film will also include an underlying score.

The essential story features a woman who is experiencing a personal crisis and will depict the point where she comes to a realization and acts upon it. This central storyline will be interspersed at appropriate intervals with complementing and contrasting imagery. My goal in this project is to try to project the feelings of the central character to the viewer as well as spur a reflection.

This is my first attempt at building a webpage…  I decided that I wanted to try integrating CSS so that I could come up with a more sophisticated design.  This backfired as I soon learned that you should be well versed in HTML before you move on to CSS.  It proved to be a very difficult assignment for me as I seemed to run into several dead ends.  It’s frustrating being illiterate in this language.  I hope to keep adding to this as I become more comfortable, so that it eventually becomes what I first envisioned. 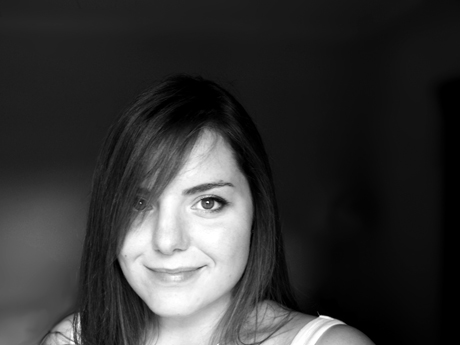 My name is Joëlle.

Mainly, I paint and draw.  But I have a fascination with lithography, as I enjoy the linear process of printmaking.  I also like sculpture and I’m looking forward to working with metals.

I’m a mature student.  Up until two weeks ago, I held a pretty good administrative position in a government building for nearly eight years.

I had been looking for a reason to do this for a long time.  It’s unfortunate that the blatant absence of art in my life was not it.  The reason is the most common one for the need for change; not an absence of something pleasant but rather the existence of something unpleasant.

I no longer enjoyed the comfortable path I had taken and I finally felt I deserved to do what makes me happy, no matter how daunting that might be…

So I quit my job, sold my house and I’m finally here.  I look forward to the experiences I’m going to have with all of you.