Victoria Vesna is well known for her collaboration with scientists and her focus on interactive artworks that put the audience right in the middle of her work. Victoria’s work can be described as experimental creative research that links art and science. Victoria is also a painter and she is really interested in patterns and nature. 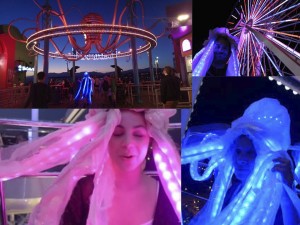 This is a public event that Victoria is apart of and she works with a team to put on this event. People go on a ferris wheel and when they get to the top they chant or scream OMG , that footage will then be played on the beach and streamed online. Glow can be compared to Nuit Blanche in Toronto its a time for artists and non artists to come together and enjoy the atmosphere 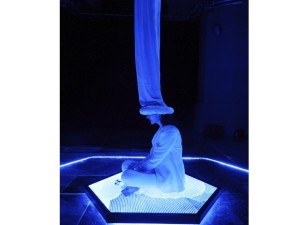 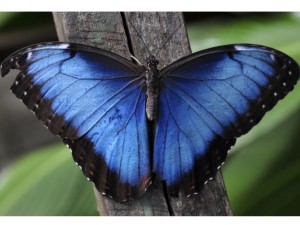 Blue morph is an interactive instillation of nanoscale images and sounds from the metamorphosis of a caterpillar to a butterfly. The hexagon is representing a cell from the wing of the blue morph butterfly, someone sits on the hexagon and the experience begins. The idea was to create an experience that will connect people to the idea of the wonder of nature and the importance of thinking in terms of how we are related tothese patterns and the way we see and hear things. When the person on the hexagon moves everything adjusts around you as if you were going through the metamorphosis yourself. An interesting discovery was that the sounds of metamorphosis isn’t as pleasant as we think it would be instead there are sudden surges broken up unto stillness and silence. Another thing Victoria found very interesting is that the blue morph butterfly does not have any pigment the blue colour we see in the wings are made by different patterns and textures, so she also used patterns and digital images to get the same effect. 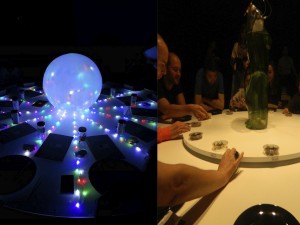 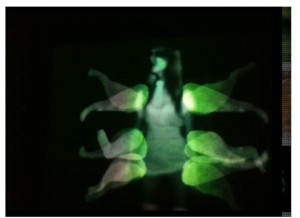 This project is also heavily focused on human interaction with the project itself and also with each other. A group of people sit at a large dinner table with a lazy susan in the middle, on the lazy susan animals of the chinese zodiac are placed around the lazy suzan. The visual representation of the animals include mythological and realistic to create a variety of outcomes. When a person spins the wheel they are matchedwith different characteristics of the different animals. Then the person goes in front of a screen and the parts of the animal chosen are added to the persons body digitally. The group then comes back together and they discuss their thoughts on what just happened, the similarities of species, the genes that define who we are, lab experiments that are actually trying to create these mutants anything that gets them thinking about how much we are messing with the natural world and forcing things to happen instead of allowing them to happen naturally or not at all. 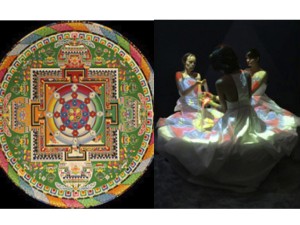 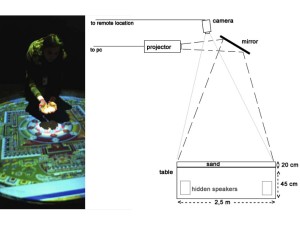 This project  is interactive as well it is a station that has a table covered in sand and a projector above the table shining a pattern on it to represent a mandala like the ones the Tibetan monks would spend many hours on.  Victoria’s plan behind this project was to show that humans are always in a rush and want things done instantly that we no longer take the time to sit back and enjoy things. This project gives the viewer a chance to touch the sand as if they are the ones who made this mandala. There is no need for long hours of painful frustration instead it is a happy medium, we get the experience without the long wait, which is exactly what we want. This project has also expended what it could do, for example she has dance performances on top of the table so the people are apart of the mandala as well as the sand.

Art has always been my favourite subject and even though I did not go to an art high school I chose as many art related subjects as possible and stayed far away from math. I’m interested in painting, photography, interior design and I am starting to work with sculpture. I am also interested in special effects art, even though I haven’t tried it I like watching Face Off to see what crazy things they come up with. 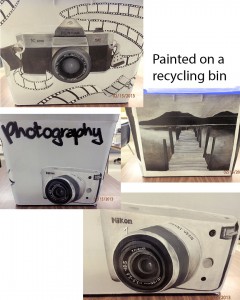 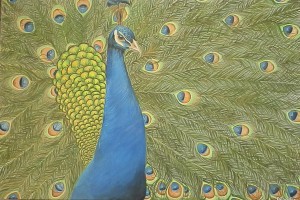