I was motivated in part to do my project after reading about an autistic boy in a school in the US who was bullied for his inability to read body language of his peers, which is a common issue for people with developmental disorders. I wanted to create a shirt that would be able to communicate basic emotions based on the wearer’s body language, which would press one of the soft switches in the shirt depending on their pose. I decided on three emotions to represent a positive state (“calm”), a negative state (“tense”), and something in the middle (“sassy”). I assigned each emotion a coloured LED (calm = green, sassy = yellow, tense = red), then sewed each in to the shirt in parallel connected to a battery holder running 6V. I had to work through a lot of different design models to find a way to route my conductive thread through all the components without shorting or looking too messy.

This is my circuit diagram: 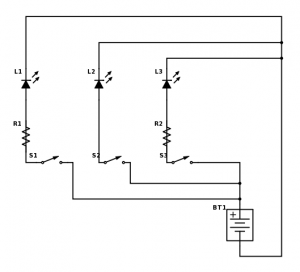 where you can see my three LEDs, two resistors (the yellow LED was too faint for a resistor), and battery pack. 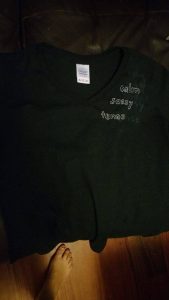 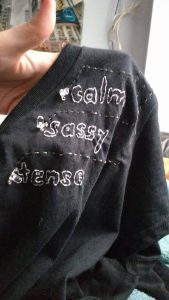 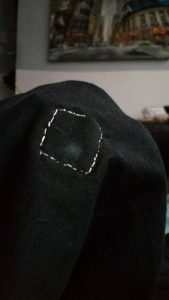 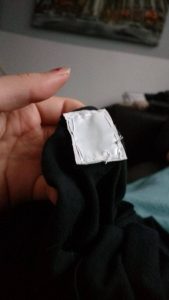 Then I sewed in the soft switches, made with conductive fabric on either side of a thick neoprene fabric with a hole cut out 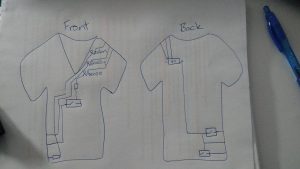 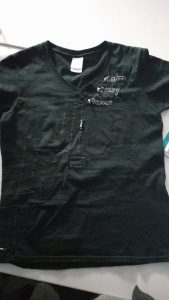 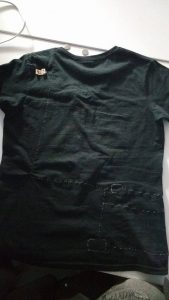