This project is inspired by Junji Ito’s Japanese horror manga, Uzumaki. Uzumaki tells the tale of a coastal town gripped by the mysterious curse of the spiral. The curse manifests in a number of terrifying ways, with the entire town’s inhabitants eventually becoming supernaturally entangled with one another. 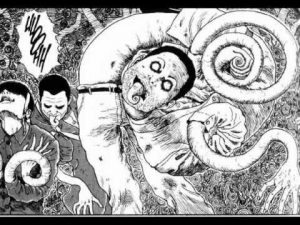 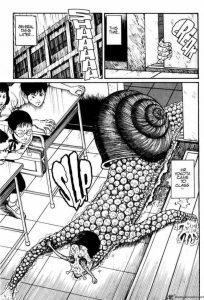 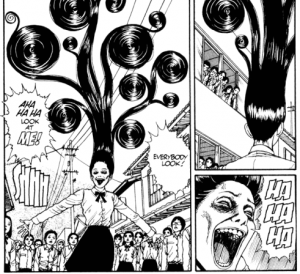 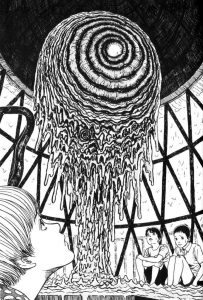 Uzumaki Embroidery Ring is a dark nod to the Japanese horror classic. Using what limited resources are available in the grips of the spiral curse, I imagine myself as a lone craftsperson, mindlessly producing yet another manifestation of the wicked spiral. Through the action of tracing a spiral within the ring, the user activates a series of broken circuits, lighting the path of the spiral as the doomed town descends towards the spiral’s singularity. 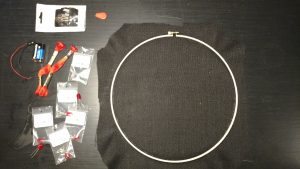 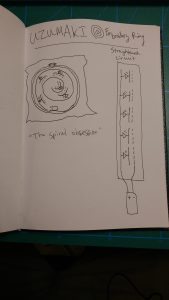 The unraveled spiral makes the circuit a bit easier to process visually. A previous wearable I produced called “Blinky Boots” uses this same technique in a straightened out version of the circuit: 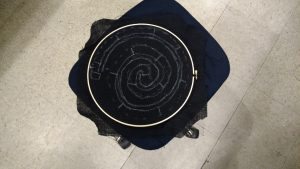 Chalk outline of the proposed circuit. By running a conductive item (I use a metal guitar finger pick) along the two inner spirals, the circuit of each successive Red LED is completed as long as the connection remains. By tracing the entire spiral, the user completes each successive break in the circuit.