For my final project, I have designed a half-bodice and half-shawl for a woman who is living in the year 3016 A.D. She is also the leader of a rebel group who is fighting against the wicked antagonist machines who have taken over the world. I have taken inspiration from movies with similar storylines, such as, The Matrix (1999), Elysium (2013) and Snowpiercer (2013). All three films have a protagonist fighting the controlling “establishment” (machines and/or antagonist) who eventually overcomes the establishment by leading a group of people to their destiny.

On the lower end of the shawl portion, I am going to add a row of LED lights to line the tip of the shawl, so that the rebel leader is able to go underground and light her way to secret meetings, transport food and medicine to other members of her group, set-up traps and escape (use the tip of the shawl like a flashlight). She can also hide her “flashlight” by tucking it within her shawl. The look of the bodice is meant to reflect her status as a rebel and low-income individual; therefore it is rugged, almost falling apart, ripped and messy.

Since natural resources such as water and land are limited, there is a more emphasis on struggling for food than clothing, so the rebel leader would need to wear this bodice most of the time. In my sketchbook, I have drawn by some designs, shot it on a screen (projected my designs onto a silkscreen), then printed the edited image using opaque silver printing ink. 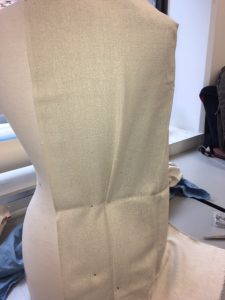 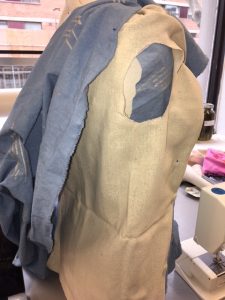 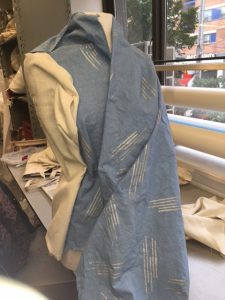 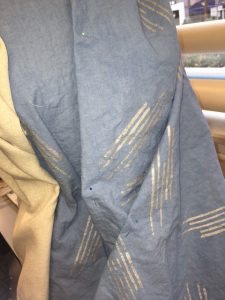 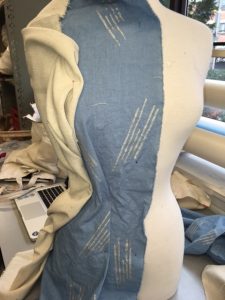 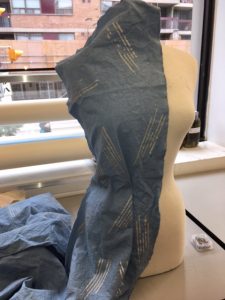 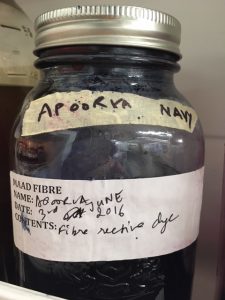 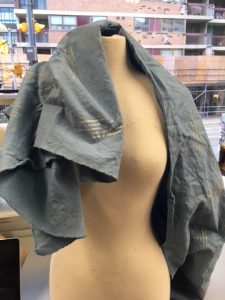 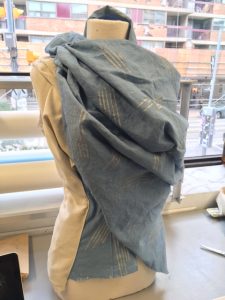 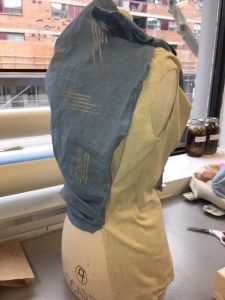 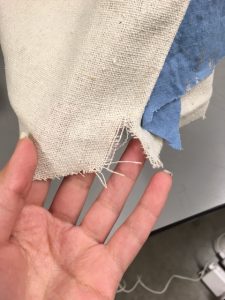 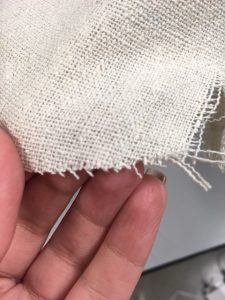 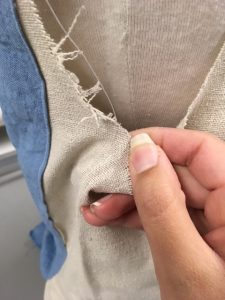 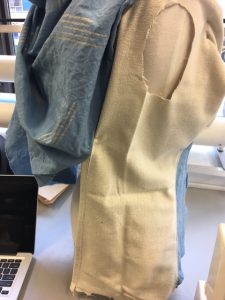 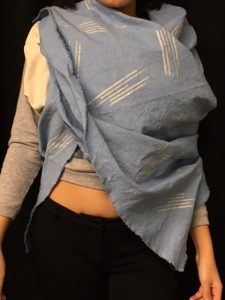 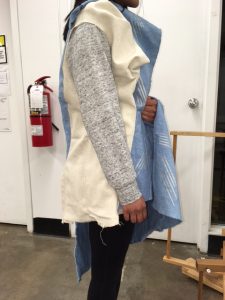 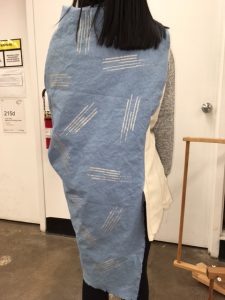 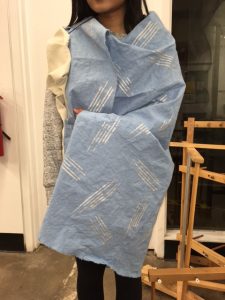 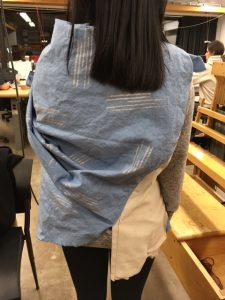 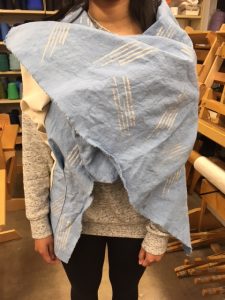 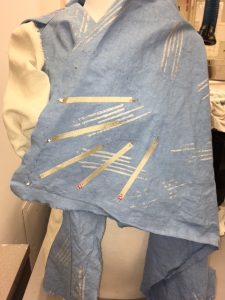 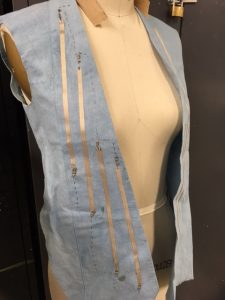 Referenced past work for circuit process 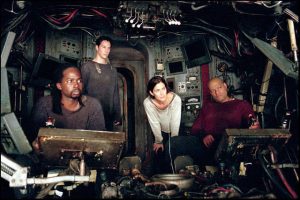 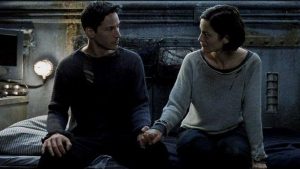 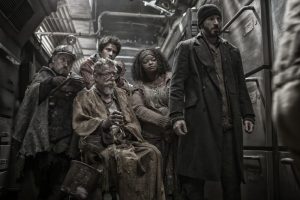 In version 1, I had mixed feelings of who to design for, the protagonist or antagonist? After spending some time playing around with draping my materials in Version 2, the idea dawned on me that it made more sense to design for the protagonist because the materials I used worked with that idea. When draping I added the silk ramie for more dimension and it was the perfect material for the ‘rugged’ look and frays easily which defined the wear and tear aspect I wanted. Originally I was just going to develop on top of Version 1 but I am glad I started a new because I think the thin material (cotton muslin) would’ve just made the design too weak and not strong enough to portray my idea. Using the MX reactive dye help define my wearable piece because almost all of the clothing in the three films are the same monochromatic tones of black, grey, dark navy, and earthy tones.