Xpace/IMAGES Festival is seeking proposals for student artists in the GTA working with digital and/or analogue media art. In 1961 word of an out of work bellhop with psychic powers began to circulate in Chicago. His name was Ted Serios and he was rumoured to have a magical gift where by thought alone he could imprint images on Polaroid film. His photos were ghostly snapshots of familiar places and revealed the eerily metaphysical properties of analogue film.

The 2014 Images Festival Exhibition seeks proposals for works that illustrate or apply the concept the ghost in the machine, that is the unexplainable or otherworldly occurrences that can arise when working creatively with technology. Technologies both contemporary and antiquated can behave in mystical ways, a phenomenon that can be mobilized for the purposes of artistic production. Proposals are encouraged to investigate the outlined theme formally, abstractly, or conceptually and may involve technologies that are either mechanical, analogue, or digital. 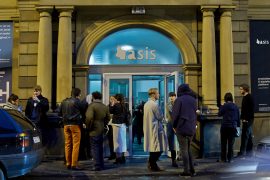 AIR_Frankfurt International Call: Curator in Residence in Frankfurt 2022 basis e.V. and the city of Frankfurt are pleased to announce the third open call for… 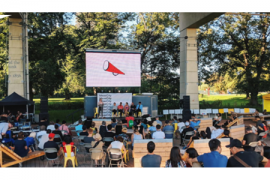