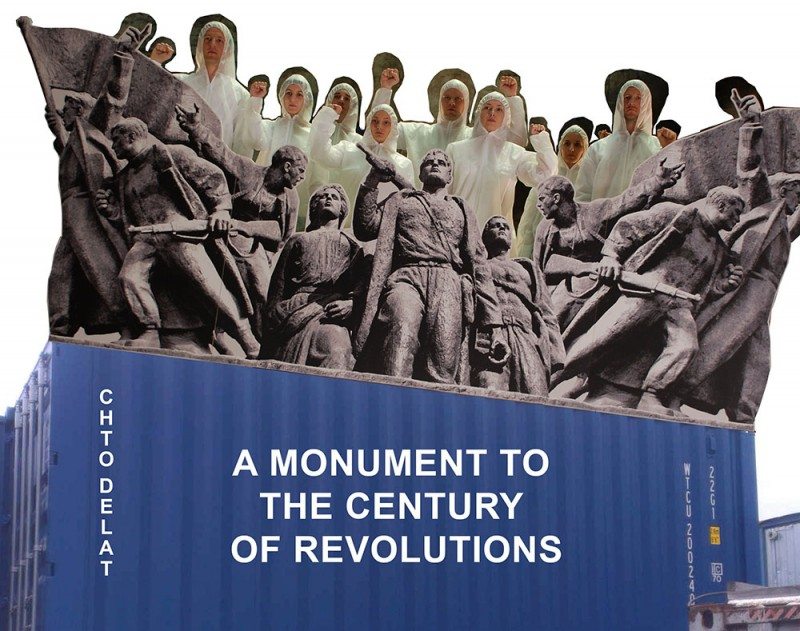 4:00 pm — Presentation by the Artists

Please join us for a wide-ranging talk about art and politics by the members of the St. Petersburg-based collective Chto Delat. After the talk, the audience is invited to participate in a workshop to create posters that will be included in Chto Delat’s installation in Toronto’s Nuit Blanche (September 30-October 1, 2017, sunset to sunrise). Their project, 1968 through continents (Paris, Oakland, and elsewhere) (2017), is featured in curator Nato Thompson’s exhibition “Monument to the Century of Revolutions.”

The collective Chto Delat (What is to be done?) was founded in 2003 by artists, critics, philosophers and writers from Russia with the goal of merging political theory, art and activism. The name of the group derives from a novel by the Russian 19th century writer Nikolai Chernyshevsky, and brings to mind the first socialist worker’s self-organizations in Russia, which Lenin actualized in his own publication, What Is to be Done? (1902). Chto Delat is an artistic cell and a community organizer for a variety of cultural activities intent on politicizing knowledge production.

Chto Delat’s activity utilizes a range of media – from education practices to film, theater and radio programs, from publishing newspapers to creating murals, from seminars to public campaigns. Their works are characterized by the use of alienation effect, surreal scenery, typicality and analyses of concrete social and political struggles. The collective has been featured in recent exhibitions at the Museo Nacional Centro de Arte Reina Sofía (Madrid), Tate Liverpool, Haus der Kulturen der Welt (Berlin), New Museum (New York), Moderna Galerija (Ljubljana), and Institute of Contemporary Art (London), as well as biennials in San Paulo and Gwangju. 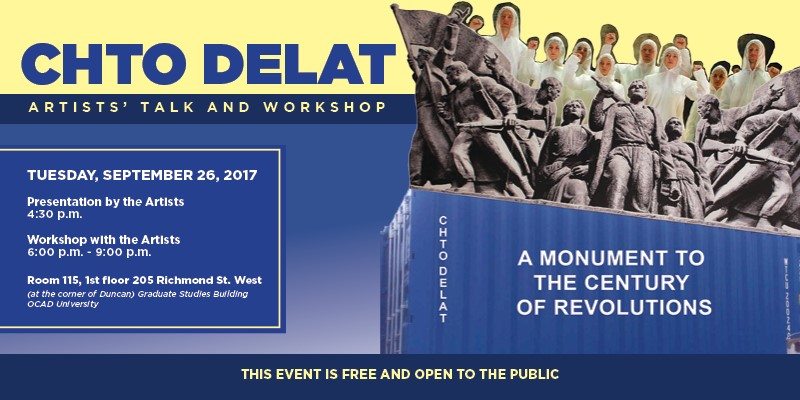