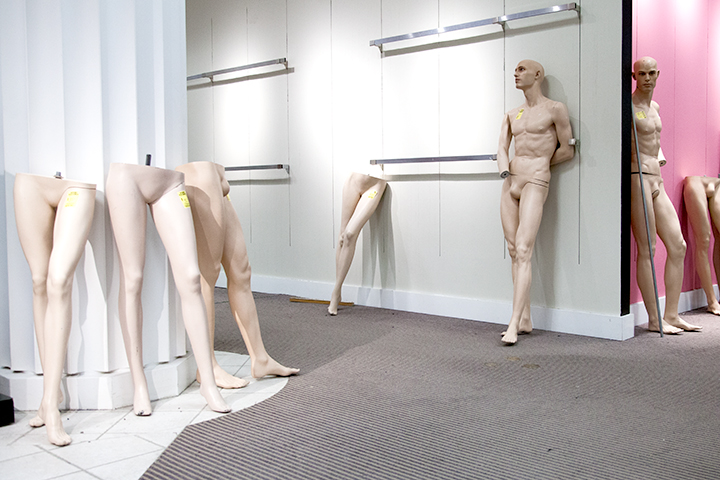 This series documents the closing days of Sear’s two flagship department stores at Toronto’s Eaton Centre and Yorkdale malls. The image, ‘On this day we broke ground on past ideas’ (2014) references Vladimir Tatlin’s Constructivist project, The Monument to the Third International (1919-20). Tatlin envisioned a tower that would express the aspirations of the new Communist Russian state that was born from the Bolshevik Revolution. The Sears tower, by comparison, signifies the failings of the Capitalist system in a strange inversion of historical context. This early reference in the work led me to photograph Sears and the surrounding malls in a Constructivist mode, looking for discarded objects and people who could be repurposed to build an alternate image of this consumer failure.