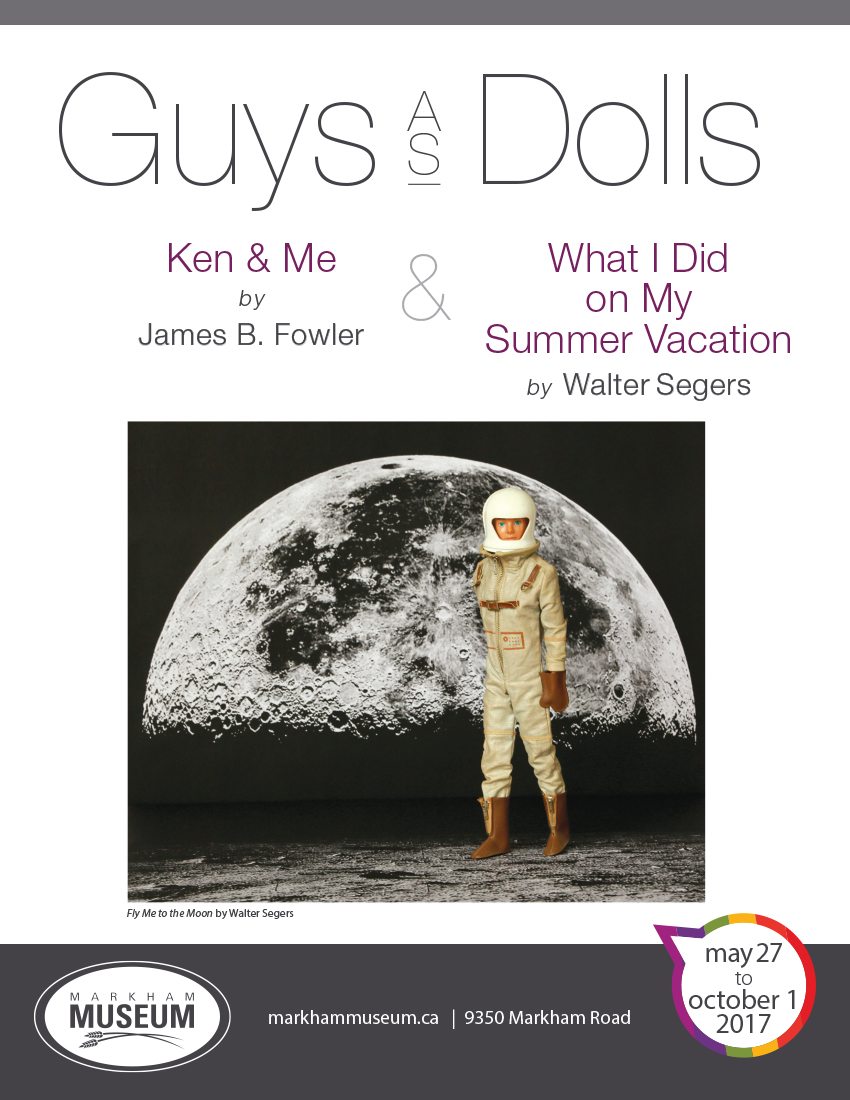 CONGRATULATIONS TO PHOTO ALUMNI WALTER SEGERS ON HIS NEW EXHIBITION GUYS AS DOLLS AT THE MARKHAM MUSEUM!  THE EXHIBITION IS ON NOW AND CONTINUES THROUGH TO OCT 1, 2017.

GUYS AS DOLLS: Explore thoughts and dreams of belonging, gender and identity with artist Walter Segers in his photo-based series “What I Did On My Summer Vacation” as he uses vintage male fashion dolls to create autobiographical visions.

Born and raised in Belgium,Walter Segers has been happily creating art in Toronto since 1993. He graduated from the OCAD University in 2008 and received OCAD U’s prestigious M.C. McCain Post Graduate Photography Residency in 2009. His photo-based works have been shown in Toronto at 1313, Spin, Show, Propeller, P|M, John B. Aird and the Gladstone galleries. In Ontario, he exhibited at Open Studio in Sudbury and at FHM in Cambridge.  Segers’ photographs have been shown internationally in Prague and Zlín in the Czech Republic, New York, and his most recent exhibition ‘double vision’ was in Belgium. The online magazine and art app Wondereur featured the series What I Did On My Summer Vacationand Segers has been published in Frank by The Genteel, Fab Magazine, IN TORONTO, Pixie & Rotter and Papirmasse. His latest work was published in ArtWindsor magazine.