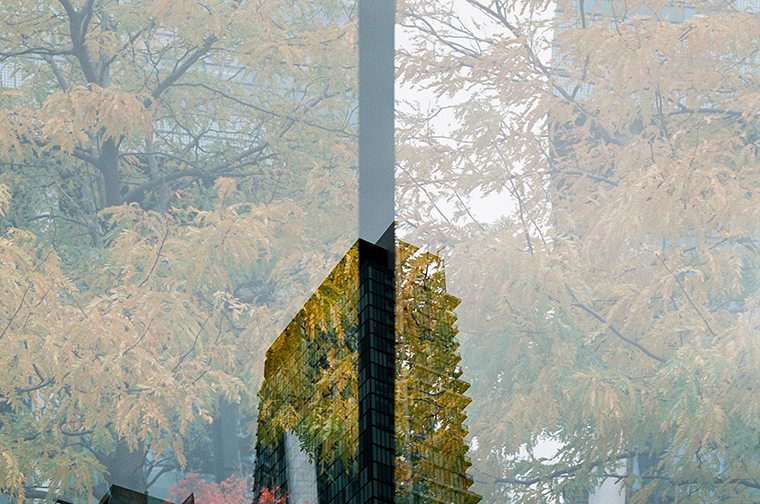 If you are in Ottawa this month, stop by Studio Sixty Six to see new work by Photo alumna Farihah Shah!

From the interior of our homes to the expanses of the planet, the spaces humans inhabit shape much of our lives, and, in turn, have been massively affected by our presence. In·habit (June 8 – June 30) explores the broad range of this topic from the dichotomy between industrialization and nature, to the various items we discard into the world, and those we can’t seem to release from our personal collections.

Joyce Crago’s work continues along the theme of the Flotsam series, wherein the artist shaped discarded refuse into elaborate and intricate still-life photographs. For In·habit Crago visited Washington, D.C. and collected discarded items from both the inauguration of President Trump and the subsequent Women’s March on Washington. While Crago’s works tell a narrative of the historical events they reference (and the current political climate in North America), they also reveal the intriguing stories that are left behind in our waste.

Marisa Gallemit tackles this theme with mixed-media sculptural work created from objects accumulated over decades of life. As the artist finds their life undergoing a massive shift, Gallemit transforms accrued and often unneeded objects (such as cowhide from family in the Philippines and old bike tube valves) into concise and measured works of art.

Kelsey McGruer incorporates traditional floral patterns into her framed collages. The artist mixes source material of various origins and texture – from old pillow fabrics to reproduction prints from second-hand stores. Reminiscent of the Arts & Crafts movement, the work references the trend of decorating the home with scenes of nature. The patterns themselves inspire a sense of nostalgia, immediately offset by their clean, contemporary presentation.

Troy Moth’s photo-based artwork from the series Nature Merchant tells the story of a future dystopian society wherein the sole remaining form of currency is nature itself. Moth’s monochromatic images of Earth’s few remaining humans are stark, telling a story that forces the viewer to consider how our present (and ultimately finite) natural environments are used for commercial profit.

The layered photographic images of Farihah Shah juxtapose urban and natural landscapes. From the series Cityscape III, Shah combines scenes of varying locations, calling to mind the intervention and destruction of nature for our urban environments, while also recognizing the statuesque beauty of man made city structures. Shah’s work is subtle – the overlapping of images invites the viewer in to discover layer under layer.

Crago, Gallemit, McGruer, Moth and Shah explore the various environments we inhabit – reflecting their (and our) ever changing natures.