This week, Ana chatted with William (Matt) McCleery, a Photo major in his fourth year.

Tell me a little bit about what you’ve been exploring during your studies at OCAD, and how that eventually led you to your thesis project.

The work that I’ve been doing this year specifically is what I came to OCAD to produce, but never got the opportunity to do so. It wasn’t necessarily because of the curriculum, I just couldn’t fit what I wanted to do around assignment guidelines. I kind of lost what I wanted to really create throughout the past years, up until this one, when I really got to dive into it and refine it, and it’s been really liberating. Specifically, what I’m working on for my thesis project is a study and photo essay around the ideas behind environmental photography. When you look at the work of the most well known environmental photographers simply documents the issues without providing solutions, or showing real interactions within the environment. These are often large prints of drone photos or photos of catastrophes, which are presented in a way that makes the viewer feels small, as if they are helpless in the face of environmental issues. 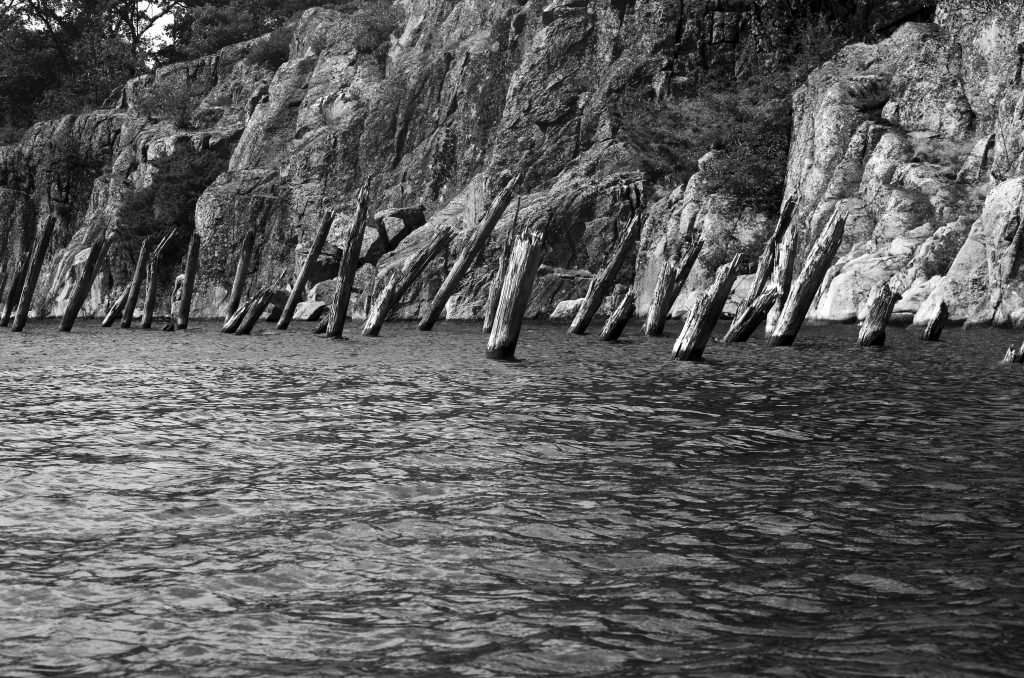 What are some differences between your work and the environmental photography that you’re trying to distance yourself from?

I think the most important aspect is bringing a sense of empowerment to the viewer, specifically through showing that people are actually doing something in the face of these issues. Whether it is me participating in the event, or me documenting the event. It is not this doomy and gloomy show of “the world is going to end, we’re the cause of it, there’s nothing to do about it”, but rather “the world might end, we are definitely the cause of it, but people are doing something so that maybe it won’t”. If you’re always presenting the negative, who’s to say that anyone is going to do anything; it makes it seem like the issue is too big for you, but it only takes one person to start.

Tell me a little bit about the evolution of your thesis since you started.

My thesis project has changed over the course of the year a lot of times. All the iterations fall under the same theme of environmental photography, but the exact issues that I have been photographing have been changing. My final for last semester, I ended up documenting a river off of Lake Ontario that goes through Hamilton; it specifically goes right past the Hamilton steel factories, and right next to the shore line is a bird reserve, oddly enough, next to this big source of pollution. While in Hamilton, I documented several bird houses that were built by the community, and also the factories in the background, showing the juxtaposition. I wanted to continue with that focus, and I my plan was to record my visits as I helped clean up the space, but the inclement weather didn’t really allow me to do that, unfortunately. So I decided to explore something else, which is what brought me to Polar Bear Provincial Park. 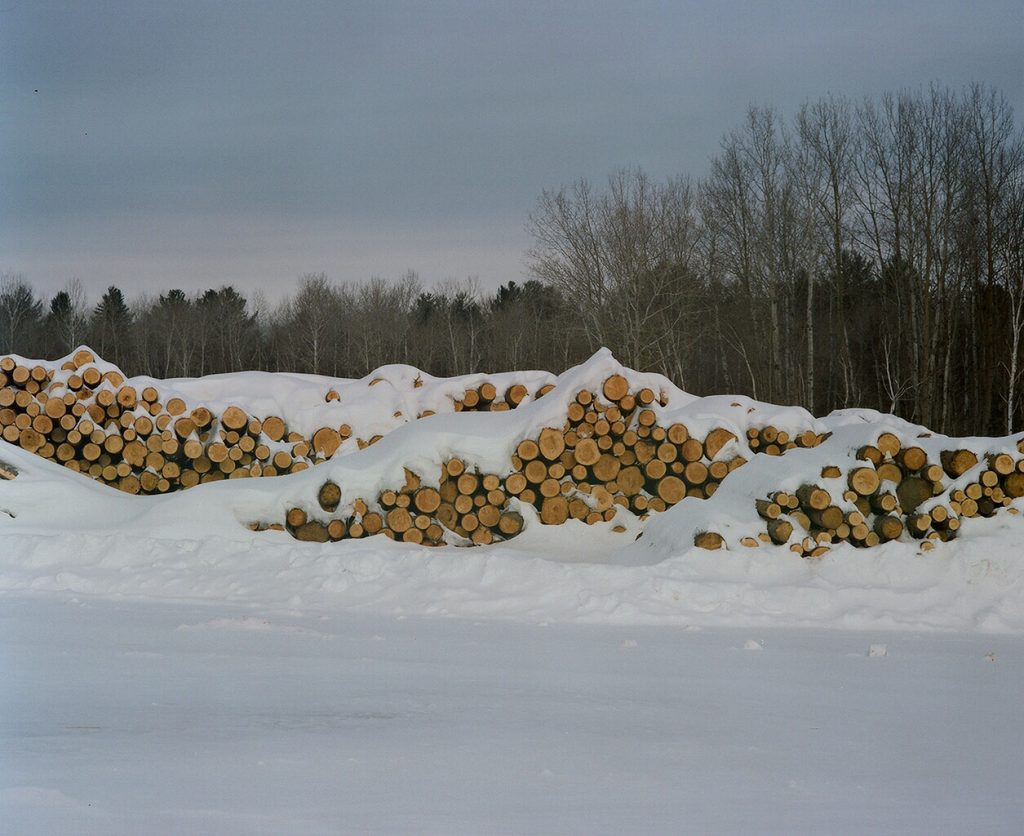 Environmental issues are very broad and have numerous avenues from which they can be approached. Are you focusing on something specific in the areas that you are visiting?

Currently, I’m focusing specifically on logging. In my research I found that Canada’s #1 export is actually lumber, but the way Canada logs is better than most countries because it is selective logging, instead clear cutting. This allows for more growth in the woods and helps prevent forest fires, which can be catastrophic in a large scale. Within what I’m doing, I’m going to areas that have been logged, and areas that there’s a large population of people that interact with the environment and I document that. A lot of my work has been shot in Polar Bear Provincial Park, an old logging mill on the northern end of Georgian Bay, Jasper National Park, and also Algonquin, which besides of being one of Canada’s most visited parks, it is also one of the most logged. Because of the season, I haven’t been able to photograph the other end of the spectrum, which is tree planting, so that would be the final addition to the series. That way, I would able to present a problem, an interaction, and a solution, which is what I think is lacking a lot of the time in environmental photography. I think there is a lot of good that comes with the bad, it’s not just always negativity, there’s a lot more that should be done and shown, but there are a lot of steps that are taking place.

Right. I also think that one of the main issues with some of those environmental photographers is that, more often than not, their works are produced, bought, and hung in spaces that don’t provide any type of change, and that actually participate in the damages made to the environment. What are your strategies for considering this while producing your work?

This is exactly why I am doing this the way I am, in a practical sense. In the exhibition Anthropocene at the AGO, there was an image of a battery acid field, and I was looking at this and questioning what the environmental ramification of this was compared to that of chemical waste from film development. For my thesis, I am looking for ways to reduce my carbon footprint, all the cameras I shoot with are 100% mechanical, so no battery needed to shoot. Of course that does limit me to shooting in film, but in my research I found that the actual damage caused by battery acid is so much more harmful that any type of photographic chemical waste, as long as you’re using a silver recovery unit to take the silver out of the liquids. I still am producing waste, it is almost impossible not to, but my impact is greatly reduced simply because I’m not using batteries. Even rechargeable batteries will eventually die and end up in landfill.

What has been the biggest challenge that you have faced so far in the making of this project?

The biggest issue that I keep getting is the fact that working with photography and the environment, I feel like I am always far away from the “subject”, I’m not up close and personal; it’s been bouncing back and forth between a fine art thesis and a journalistic thesis. I think there is a line in shooting style, but I don’t think there is one in what the work is. My biggest issue is trying to find that mix between the two. 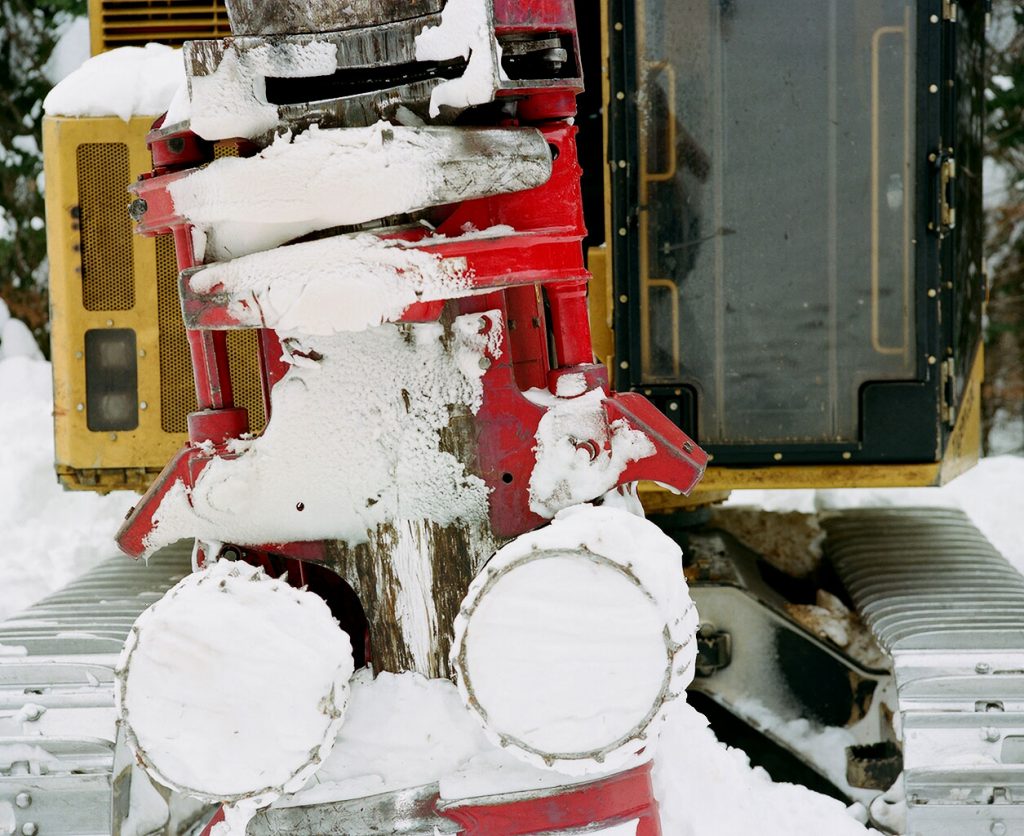 How do you envision this project in its final form? Do you think you’re going to continue working on it after graduation?

I’m still working on scale for what I want to produce, but I imagine it will be a large number of rather smaller photographs hung on the wall. Still working out space and location. At this point and mostly focusing on producing work. And environmental issues will definitely always be an underlying theme in my work. I want to apply to grad school for my journalism degree in Ryerson, Carlton or Concordia.

What is a piece for advice that you would’ve liked to know before you started your thesis year?

Being prepared for it to change is a big one. I thought I had it hammered down in third year, but I’m not doing that at all anymore. It’s not a bad thing if it changes, and it’s also not a bad thing if you have two bodies of work between the two semesters. Doing research early, getting the work done, and having fun producing it. If you’re not having fun, reevaluate and adjust it if you have time. Breaking apart your ideas and taking the key factors that you want to talk about is important.

Who are some profs that positively impacted your work at OCAD?