David McIntosh is a visual artist, film producer, scriptwriter and curator in film, video and digital media, as well as an Associate Professor of Media Studies in the Faculty of Liberal Studies at OCAD U. McIntosh was the recipient of the first-ever OCAD Award for Distinguished Research and Creation in 2008, and this year he is a recipient of a major Social Sciences and Humanities Research Council of Canada (SSHRC) Insight grant, for QUIPUCAMAYOC, a major research and creation project he is leading.

SITE-SPECIFIC: In speaking about your work, Judith Doyle, Chair of Integrated Media here at OCAD U has highlighted that you  “continue to contest and redraw boundaries between art and academic research, activism and theoretical analysis”. Can you tell us more about what inspires you to approach your work in this way, and how it impacts your research and practice?

DAVID MCINTOSH: Over the years as writer, curator, visual artist and academic, I have been inspired by and involved in such a range of practices, and yes theory IS a practice, that at times I felt that they were working against each other, that various political, economic, social and audiovisual regimes could not be reconciled. How do I put together experiences living and working in contexts as diverse as Franco’s fascist Spain, Juan Velasco’s Marxist military dictatorship in Peru, Fidel’s communist Cuba, Lac le Croix Anishnaabe reserve in northwest Ontario, the Funnel Experimental Film Centre in Toronto, and last but not least the seemingly endlessly morphing OCA/OCAD/OCADU. One of the most important lessons I learned in dealing with seemingly incommensurate experiences came from Cuban film artist Tomas Gutierrez Alea’s astounding 1968 film “Memories of Underdevelopment” in which a post-revolutionary bourgeois man attempts to come to terms with his privilege in the face of the devastating racism, sexism and labour exploitation that permeate his world. (This brief summary doesn’t even begin to do the political and structural complexity of this film justice.) The line that I retain from that film, and I’m paraphrasing, but this is a pretty close paraphrase, is: underdevelopment is the inability to make connections and accumulate experience. In this sense, I see myself as permanently underdeveloped, aiming at some form of self-determined condition of development, constantly in the process of making connections and accumulating experience. Another concept that underpins the integration I attempt in all of my work comes from network philosopher Bruno Latour, who suggests that, and once again I am paraphrasing: networks are simultaneously real like nature, narrated like discourse and collective like the society. Taking on Latour’s concept has been crucial for me in understanding and engaging in proliferation of even more diverse experiences and works, and suturing them together simultaneously in a network of materiality, storying and social engagement. I think it is important to lay out these research processes, experiential and theoretical, as they underpin all of my practice with new and old media. And it is this framework that has taken me to the position where I always attempt to locate my work in the immediate environment that surrounds me. For example, a mobile locative media work I completed in Cuzco, Peru in 2010 titled Qosqo LLika, was a distributed documentary. It didn’t happen on a screen in a cinema or in your home, it happened in the streets. I worked with street vendors who sell cellphone calls, not unlike human phonebooths, drawing in 30 such street vendors into a new form of network where each vendor and their cellphone became a site for the public to hear the lost history of the exact place in the city where they were standing. In addition to this creative engagement with local technologies and associated practices, the content of the project concerned local history that had been subsumed by the needs of the tourism industry in Cuzco. You can see an archive of the materials from this project at www.qosqollika.org , in English, Spanish and Quechua, but what you see and hear online is not the project, it is an archive of sound and image from the project that you can download to your mobile device and recreate the original ephemeral experience of the project. 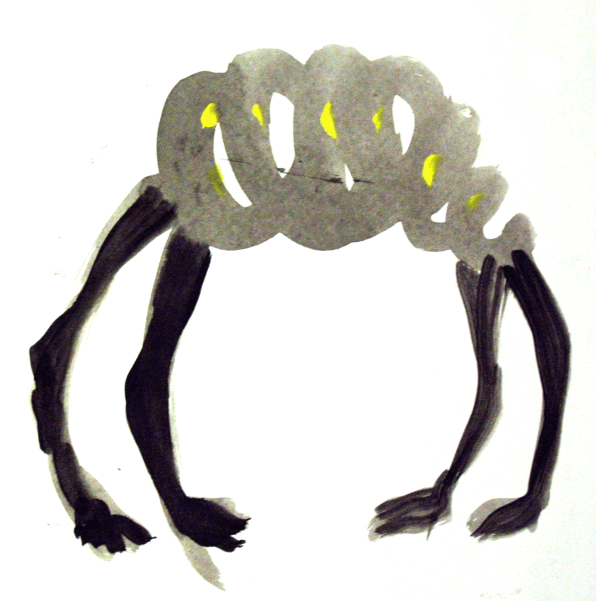 S: Your previous research has explored the rise of decentralized media structures and distributed networks. What are the possibilities of digital media as democratic mediums for expression and knowledge production?

M: Everyone reading these words is doing so via the Internet, more than likely on a mobile device of some sort. Integration into the web is now a global reality. In fact, digital communications structures underpin the last 20 years of free market globalization that everyone in the world has experienced. Despite this global reach, the possibilities of digital media are still taking shape. In 1982 I worked with the Canadian Film Institute to research and report on the possible impact of digital media on the Canadian film/video production sector. At that time, computers were exotic and beyond the reach of most people and the Internet didn’t exist. In the course of that researching for that report, it became clear to me that one of the great potentials of computers was to deconstruct traditional forms of making things, to allow for a complete restructuring and democratization of industrial processes and ultimately to distribute self-determining, self-expressive agency to more and more people. Thirty years after producing that report, I look back and think that my initial thinking about digital media was pretty accurate in some respects, but a bit naïve in others. Distributed communications networks that are characteristic of digital media and the Internet are paradoxical. They have the potential for total horizontal distribution of self-determining local agency – when we think about the number of different accounts, names and personas we have for various social media, gaming and news sites, we quickly realize that our identities are multiple and we are determining who or what all those identities add up to. But decentralized communications networks also have the potential to facilitate absolute hierarchical centralization of command and control structures. This paradox is reflected in the current distinction that some make between state and industry collection of “big data” via digital media – state agencies such as the National Security Agency in the US are seen as spying on us while corporations like Facebook and Google are seen as providing better services for us, even though both are engaging in virtually the same data collection activities. We have to be on constant guard to insure that the paradoxical nature of the global digital communications structure operates in the interests of user self-determination and local agency. It’s good to keep in mind the crucial work on this struggle for democracy in digital media by people like Chelsea Manning and Aaron Swartz.

With this paradox in mind, it is good to see the work of a number of art and design students that I have had the pleasure to teach at OCAD developing a range of creative strategies that engage contemporary deployments of digital media. For example, Integrated Media graduate Mike Goldby repositioned instagram selfies as a new reproduceable style that was readily subsumed to corporate purpose that undermines self-expresssion, while DFI MDes graduate Faysal Itani created a hybrid game/blog for training activists engaging with the Arab Spring. To tie back to my comments earlier about hybrids and proliferation as the life blood of self-determining agency, we are seeing a proliferation of such hybrid works being produced at OCAD, by students at all levels and by faculty.