Script is one of the most common font styles in design. It is a similar “handwritten” font that needs to be recognized by the curve of the glyph and tends to evoke different emotions of users. People usually think that Script is more feminine, but this is not always the case. By setting the thickness of the font, the strokes can actually be more masculine. Most of the emotional connection actually depends on the surrounding design elements. But it is undeniable that this typeface contains a kind of curvaceous beauty and the pursuit of freedom. It has been applied to the design of cosmetic packaging. 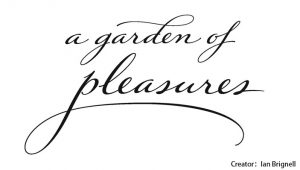 In the early design, there were rules. The designs were all purposeful, which made the constraints of rules very strong. From the buds of Egyptian art begun to show up, traveling through Greek civilization, Byzantine civilization to the Dark Ages, design is either for the monarch or for the religion. There are very clear regulations and there is no need for innovation. From depicting what humans see to depicting what humans feel, this is a great transition that is easily overlooked. As a category of design, fonts have gradually changed from focusing on performance to focusing on beauty after the industrial revolution. This is a process from restraint to freedom, and what Script contains is exactly this meaning.

Early Script was often used in slogans or product categories under product names. It expresses the core attitudes and thoughts that the product wants to convey to users more intuitively or more cordially. It is more like an overall embellishment in the corner of the product. Nivea’s facial cleanser puts the concept of “Perfect and Radiant” directly under the product name. This concept is closely integrated with the product. The strokes of the font are full of vitality, which is a hint to the customer group. The perfumes of Tiffany and Estee Lauder have examples of using script font directly as product names. Because script is more frivolous than Serif, etc., this is also a manifestation of confidence in the product itself. The script font gradually approaches the core part of the product is a positive change, symbolizing the further pursuit of freedom and beauty. It is also a trend that will continue in the future.