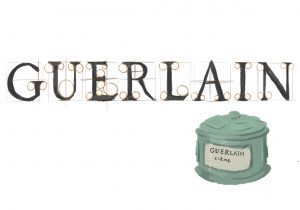 ny cosmetic companies have adopted serif font, that is, a font with different stroke thickness and extra decoration at the end of the stroke. Serif font has its own unique visual sense, and also has some different visual effects in packaging design. The title vision and content vision of serif have different visual effects in packaging design, which shows its own unique visual charm. 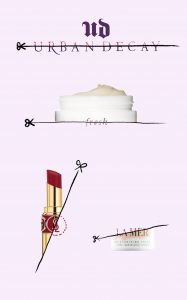 Serif is also very readable, because the serif strokes can guide the readers’ vision to move horizontally, so it can be read smoothly. In addition, placing serif fonts on cosmetic packaging can also make the fonts on the packaging more recognizable.

The attached line at the top of the serif font makes the features of the font more prominent. Therefore, if the upper part or the lower part of the font is blocked, it can also be recognized. In this way, the confusion caused by the very small font or the compression of the font spacing can be avoided.

The font on the cosmetic package is generally small, so serif can avoid that consumers can’t see the font on the package clearly. 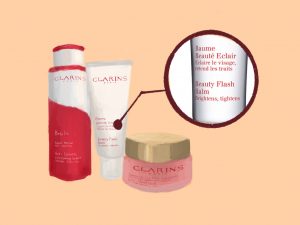 Let’s take the cosmetics company “Clarins” as an example. They use a lot of contrasted serif fonts. The attached lines on the fonts can not only produce an artistic effect, but also makes the font more elegant and more delicate.

The unique font makes the brand more recognizable and endows its logo with credibility and authority because serif has been used for a long time, so it has a historical and classic character.

In the Renaissance period, in the process of reflecting on the classical culture of ancient Greece and Rome, Italian calligraphers were trying to restore the style and features of the classical period, so they combined humanist minuscule with classical Latin font, that is, the basic shape of early serif appeared.

After Johannes Gutenberg invented the mechanical printing press, cultural knowledge could be rapidly and mechanically copied. Serif as a new and a more recognizable font, has became a very popular typeface at that time, because it could not only distinguish between letters and hyphenated letters, but also improve the fluency of reading.

The typical letter structure of serif, which is harmonious and clear, also makes it a classic typeface, and it is still very popular today.