Counterculture: The Pursuit of Diversity

Counterculture developed as an active resistance against the convention of mainstream culture, for moral, religious, or aesthetic reasons. For the purposes of typographic culture, we will be defining the idea of counterculture as a choice made by an artist, designer, or manufacturer to actively pursue their own ideals, independent from their contemporaries, for the advancement or preservation of their personal craft or style.

Although the term counterculture was first documented in the mid-twentieth century (Merriam-Webster), our exploration spans the cultural experiences of three movements from the 1450’s to the 1900’s where epistemic convention was resisted, and an alternate space was carved out for those who felt that their path did not follow the mainstream. While counterculture was born out of a modern revolt of government and imposed regulations, humans have been actively searching out alternative ways to rebel against the system since the beginning of structured society. Subjective opinion leads to objective change.

Beginning in 15th century Western culture, Incunabula counterculture was primarily born out of the resistance to technical advancements in printing. Groups of scribes were concerned that the value of their highly venerated and timeless traditions would dwindle due to the reproduction of religious texts and books occurring through mechanical repetition. In order to remain valued, they would need to make themselves be seen and heard. While widespread adoption of the printing press was taking place, scribes were actively fighting against the new technology in defense of their existence.

The action and reaction of the Arts & Crafts counterculture movement was fundamental to the preservation of vernacular design. In the 19th century, the overly industrialized and highly saturated consumer market fueled the fire for an epistemic shift in the way that quality and quantity were compared. Through the revitalization of small batch producers and local manufacturers, a small but important group of revolutionaries attempted to inform consumers that the value of their goods is not in the low price but instead in the craft and the materials.

The divisive counterculture movement of Futurism shaped the affective response in viewers through the exploration of modernity, not as something to be rejected, but something to be celebrated and pushed to the limits of abstraction. Artists of Futurism were looking to break the convention of structured axis to emulate the chaos of the rapidly developing new age of machines. Personal expression through manipulation of perspective gave freedom to counterculture artists who interpreted their shifting environment as mechanized mayhem. 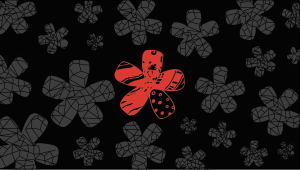 Through these movements, counterculture has remained a driving force for social heterogeneity. Diversity creates tension and juxtaposition that manifests in art and cultural innovations.  Counterculture has always ensured that there are a subset of people existing outside of convention and creating diversity in thought and actions. Modern counterculture participates in centering social justice movements, revival of indigenous languages and arts, and creating a space for those who feel that their ideals go outside of what the mainstream believes to be convention.