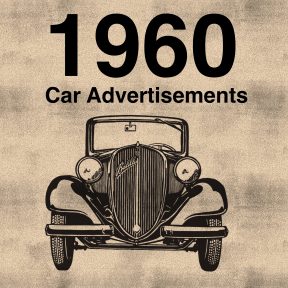 The 1960’s was a period of progressive social change with both the beginning of the peace movement and the post war economic boom, new designs and fonts were developed to promote revolutionary ideas that emerged during those times. Typography was being used to communicate ideas about the current societal reforms, and ways of embracing a modern lifestyle.

The post war economic boom’s impact on graphic design, resulted in an increase in mass market and branding, opening up room for exploration of more new design related ideas in the branding industry. This boom of popularity in the marketing department along with an increase in technologies, and the new idea of national cooperation being a great thing. Due to it being the post war period, it lead to the lines between many “design professions” to be crossed. Multiple groups of designers began to blend which in turn led to the ideal of humanism.

The 1960’s birthed one of the most influential typefaces that shaped visual communication around us today  in branding, advertisements, and environmental signage. Helvetica was created by type designer Max Miedinger in 1960. During the postwar era, companies were looking for ways to differentiate themselves from other brands and create a new identity. The clean, bold design was created to reflect the modern and industrial times that they were in, making it legible and quick to read on the go or just passing by. For example car brands like Ford, Chevrolet, and Chrysler used Helvetica in their advertisements to promote new cars and technology. Communication was the key aspect in the design of Helvetica, and now is a common standardized choice for typography in advertisements and branding all over the world. We can see Helvetica in many major brand identities and logos such as American Airlines, North Face, American Apparel, Microsoft and Target.

The psychedelic era also had a large impact on typography and branding in the 1960’s. Art Nouveau was a decorative art style that consists of organic and elaborate lines created in the early 19th century, but was brought back to popularity in the 60’s during the psychedelic era. Designers were inspired by the past, in hopes of a better creative future, they merged elegance and sophistication of Victorian art; floral print playful lines and aesthetics combined with intense, high contrast colours. Artists wanted to break away from the post war era of the strict, uniformed designs (Helvetica) and create a playful and fluid design. This style was used on posters, signage and album covers, we can now see them in the way companies design their logos and packaging. 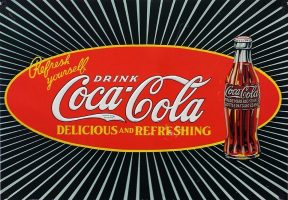 The Coca Cola logo is an example of fluid lines with bright colours.